Climate is changing everywhere, but it is people living in fragile circumstances who feel the effects most severely. Climate change and conflict continue to cause massive suffering among people by intensifying inequality. 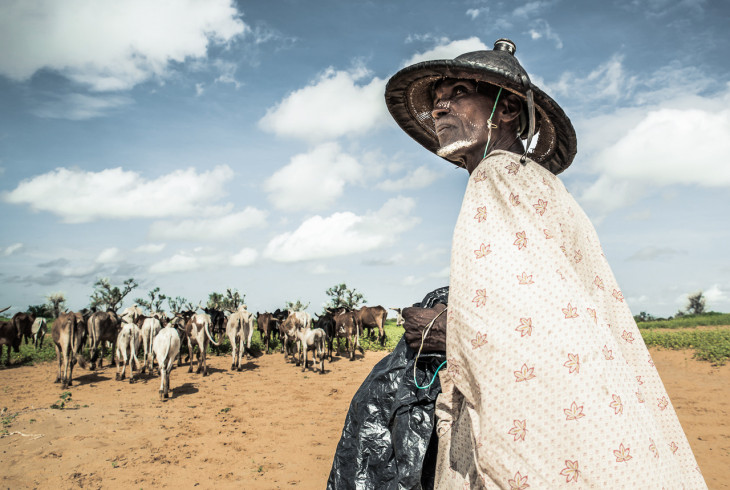 For West Africa, the Intergovernmental Panel on Climate Change forecasts an average increase in temperature of 3.3°C by the year 2100, which could increase to 4.7°C in the northern half of Mali. Samuel TURPIN / Humans & Climate Change Stories

Download ICRC report on climate change and conflict: When rain turns to dust

Today's climate and environmental crises affect every aspect of our lives, from our physical and mental health, to our food, water and livelihoods. While these crises affect everyone, those hit hardest are the poorest and most marginalized communities.

People living through conflict frequently tell us about the massive environmental changes they are witnessing. Their daily lives are not only made more difficult by the violence they experience, but also by a changing climate and environment. They are often ill-prepared for repeated climate hazards.

The climate crisis threatens the survival of humanity.

But people living in conflict zones will be disproportionately affected.

Even if mitigation measures are implemented, climate disruption will continue to severely affect lives.#COP27 is held next month. This is our call: pic.twitter.com/npEmvgHMqF

In 2020, the ICRC released When Rain turns to Dust. The report illustrates how countries mired in conflict are disproportionately impacted by climate variability and extremes, due to the limited adaptive capacity of people, systems, and institutions already coping with the consequences of conflicts.

It is based on research conducted in southern Iraq, northern Mali and the Central African Republic, all of which face protracted conflict and feature large ICRC operations. The report reflects how the humanitarian sector needs to adjust and adapt to address these risks and calls for climate action and finance to be urgently strengthened in conflict-affected countries.

In places like Somalia, which has been weakened by decades of conflict and fragility, droughts have repeatedly forced people to move – and so have floods. In the Sahel, an unpredictable climate and environmental degradation make the survival of remote and impoverished communities more difficult each year. Their coping mechanisms are being radically eroded by violence and instability.

In Yemen and Iraq, the water scarcity, which challenges health, food and economic security, is exacerbated by institutional weakness. In many cases, conflict also directly harms the very ecosystems on which people rely to survive.

Here are the numbers pic.twitter.com/YkJ3K5bGhI

People enduring conflict are not only among the most vulnerable to the climate and environmental crises, they are also among those most neglected by climate action, in part because of the challenges attached to working in such surroundings. We are calling for this trend to be reversed.

Humanitarian organizations have an important role to play in addressing these crises. The ICRC works to adapt its response to support populations coping with the dual shocks of climate risks and conflicts.

Together with the IFRC, the ICRC has led the development of a Climate and Environment Charter for Humanitarian Organizations to guide the sector as it responds to these crises and to rally collective action.

The ICRC also strives to become more environmentally responsible. Our activities have repercussions on the environment, and we are committed to minimizing these effects, where possible.

I’ll repeat it again & this time not from the #UNSC but from the middle of the Sahel:

We need to join forces across the humanitarian sector and beyond to mitigate climate change and ensure that people are adequately supported as they adapt to the climate crisis now and into the future. Inaction is not an option.

No one can address these challenges alone. Radical transformation is urgently needed to prevent further suffering. Protecting the lives and rights of present and future generations depends on political action. Reducing greenhouse gas emissions is vital, but these efforts must be complemented by helping communities to adapt.

Despite being among the most vulnerable to the effects of climate change, countries enduring conflict are among the most neglected by climate finance, and in particular, finance for adaptation. This needs to change.

When rain turns to dust

Special issue of the Review on climate change and conflict:

From the Red Cross Red Crescent magazine on climate change and conflict:

Life in the hotspot 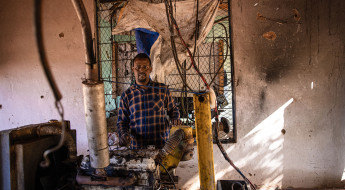 Somalia: caught between the drought and the fighting people in Guriel have nowhere to run (10) 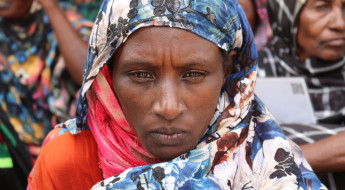 Sudan: Hopes and wishes after a conflict (8) 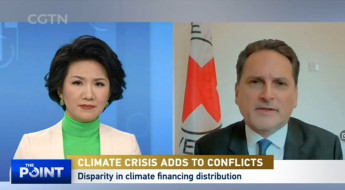 CGTN: for the survival of humanity, the most vulnerable people should not be overlooked