Using new and accelerating technologies, the ICRC continues to develop virtual environments as one of the many tools used to teach, motivate and maintain universal respect for IHL. 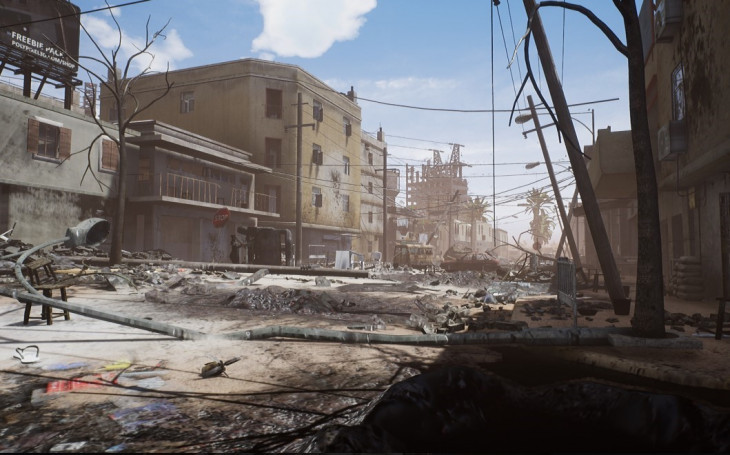 The ICRC's Virtual Reality Unit uses its own vast, internal expertise - both local and international - to design and authenticate its virtual environments, such as this urban combat setting.

Video games are a ubiquitous form of entertainment; one that reaches across generations and cultures. With the steady increase in online education and investment in E-Sports, mounting research suggests that gaming in immersive virtual environments can directly affect and impact regions of the brain responsible for memory, spatial orientation, information organizations, and fine motor skills.

The possibility to increase the efficacy in teaching complex and variable subject matter, like International Humanitarian Law (IHL), motivated the ICRC to look deeper into the effects of gamification on behaviour change and influence from a soldier's perspective.

In 2012, three Relations with Arms Carriers (FAS) delegates published a paper in the International Review of the Red Cross on the topic of battlefield dilemmas faced by both real-life soldiers and those represented virtually in video games regarding IHL implementation.

It posited that military games not only have an impact on a user's perception of what is allowed during war, but might also influence the way soldiers behave during armed conflict. While no conclusions were drawn, it began a larger discussion with the media and partners about how virtual environments and gamification could be used to better convey messages and potentially increase respect for IHL.

Within two years, the ICRC officially established its Virtual Reality Unit (VRU) to delve further into computer-generated environments as a way to educate, communicate and advocate respect for IHL.

By 2017, the VRU had amassed a library of virtual environments for FAS' IHL training sessions but there was a desire within the VRU, as well as in FAS and ICRC's Learning & Development, to develop more advanced VR opportunities for a wider audience. Virtual environments were thus tested in several métiers, including detention, forensics, water and sanitation and physical rehabilitation. 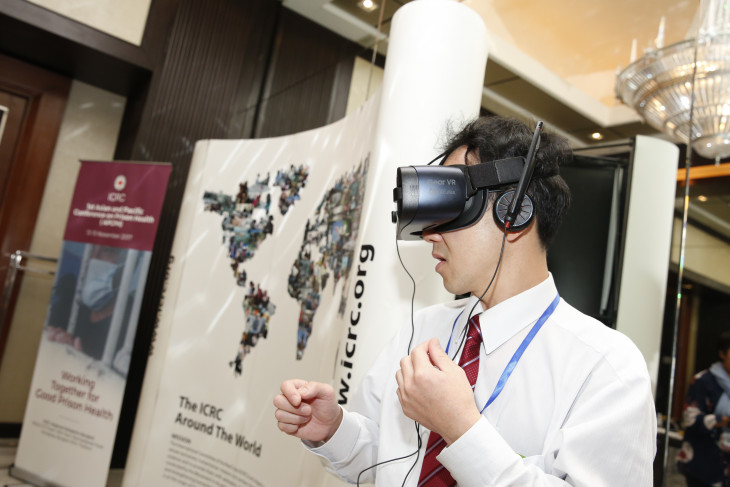 A participant of the first Asian and Pacific Conference on prison health organized by the ICRC experiences a virtual reality device ©S.N. / ICRC

Working with the support of ICRC's Inno Board, the Innovation Facilitation Team partnered with the VRU to research and pursue the possibilities associated with Extended Reality (XR), its correlation to influence and behaviour change, and the potential to establish new and more dynamic operating models for the ICRC.

Further, through a military partnership, FAS was able to conduct a live assessment of an IHL virtual training for active soldiers in December 2019 that contributed to the production of an XR Quick Start Guide in April 2020 which introduces ICRC staff to lessons learned and best practices for initiative development.

The goal for the unit remains the same now as it did when it began: to use the most effective and advanced technologies to improve and accelerate the ICRC's Institutional Strategy. Today, the VRU partners with National Societies, humanitarian agencies and governments to replicate its successes while integrating more substantially into - and scaling more appropriately for - the institution.