The unprecedented floods in the state of J&K in September 2014 has resulted in loss of property, livestock and household items required to meet daily needs. As the affected families are returning to their houses, they are finding it difficult to get back to a normal routine in the absence of essential household items which were washed away during floods. 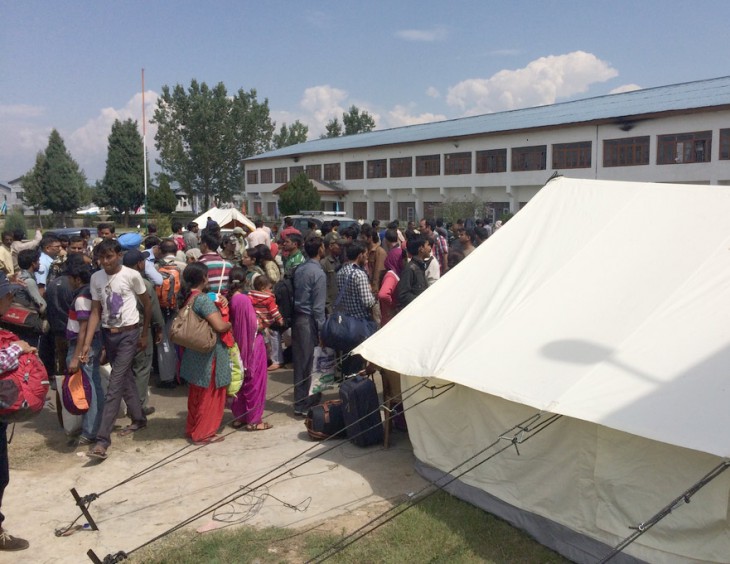 The ICRC, in consultation with the J&K authorities – Chief Commissioner, Srinagar and Divisional Commissioner Jammu - is planning to support 5,000 households by providing essential household items (EHI). These items will include clothing, bedding, footwear, hygiene material, buckets, utensils and stationary items. To avoid duplication and optimal utilisation of resources, the ICRC would request district authorities to share the list of participants receiving EHI with the Indian Red Cross Society (IRCS), J&K branch and other institutions who are involved in post emergency distribution phase.

To supplement the Government’s efforts to support medical facilities in Srinagar, the ICRC has provided 4,000 pairs of latex gloves, 8,000 water purification powder sachets, 2,760 packets of bleaching powder (500 gm each), 1,125 pairs of surgical gloves, 492 rolls of bandage gauze and 50 mattresses.

The ICRC is continuously in discussion with the relevant authorities and the IRCS (NHQ) to support further efforts in the post-emergency phase of J&K floods. Even as the relief operations carried out by IRCS, supported by ICRC, continue, we share here some of the images captured during the first two weeks of providing emergency relief. 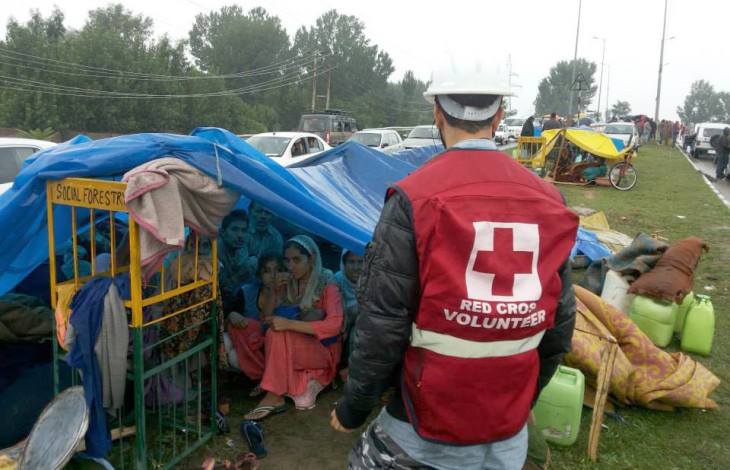 When the deluge left hundreds dead and thousands homeless in Jammu and Kashmir, students, Red Cross volunteers, young and old people actively took part in the rescue operations. Many risked their lives to rescue neighbours and friends from rooftops and collapsing houses; many others set out in improvised boats to save people; those trained in basic first aid put their skills to use attending to the injured and the sick. Local communities came together to organize rescue and relief efforts, displaying their solidarity and the resilience of the human spirit.