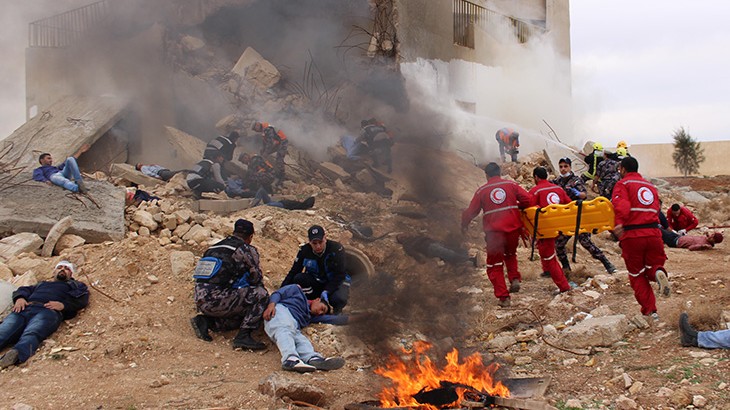 In an effort to boost first aid skills in emergencies, the ICRC in Jordan provides practical and hands-on first aid training, including to Jordanians, Syrians, the civil defence and the Jordan Red Crescent Society (JRCS).

Since the beginning of 2015, the ICRC held 52 first aid training sessions for nearly 2,300 Syrian refugees in Zaatari and Azraq camps. 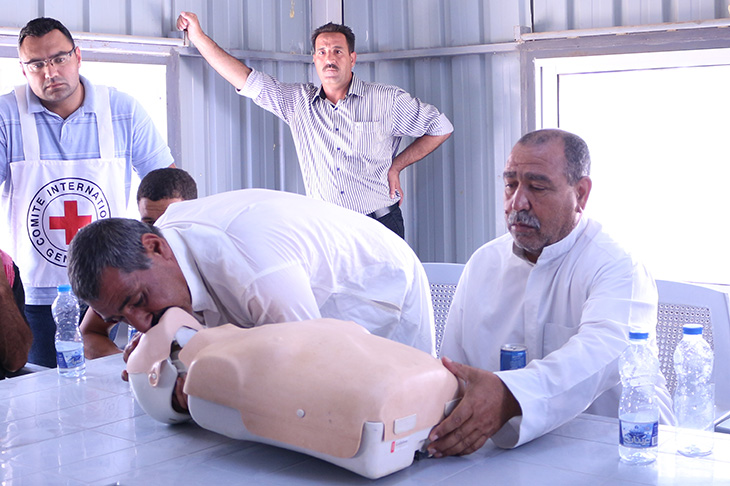 The ICRC also conducted three sessions for 84 members of the JRCS, and 34 sessions for almost 815 Syrian refugees residing in host communities and 145 Jordanians, in cooperation with the JRCS.

In addition, four emergency response training sessions were held by the ICRC to around 90 members of the Civil Defence Directorate in Amman and Irbid governorates. 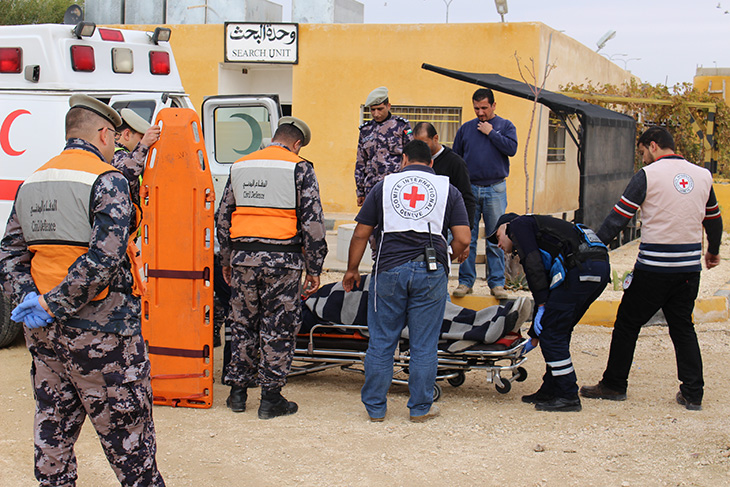