Jordan: The experts who help meet humanitarian needs in the middle east 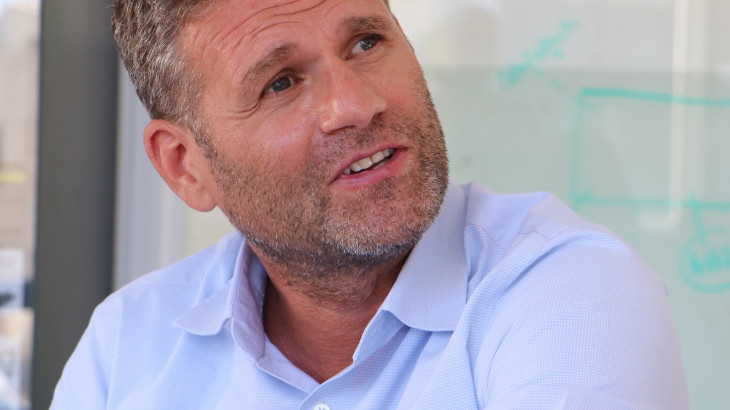 The Near and Middle East (NAME) accounts for 30% of the ICRC’s operations in 2021, with an aggregate budget figure of 604.4 million Swiss Francs. Of this amount, ICRC operations in Syria (193.6 million) and Yemen (149.4 million) are easily the biggest, with 650,000 Syrians for example, benefiting from the support the ICRC provided to public hospitals, including the rehabilitation of hospital facilities, emergency repairs as well as the provision of equipment and medicine last year. Yemen on the other hand is considered the world’s single largest humanitarian crisis, with over 24 million people in need of assistance. The ICRC provides food, clean water, and essential household items, including support for health facilities and helping to improve living conditions within Yemeni prisons.

To strengthen its operations in these and similar mission areas, the Regional Resources Network (RRN) of the ICRC is staffed by skilled technical experts who are often deployed to support humanitarian operations in the NAME region. Stephane Bonamy is the outgoing Head of the RRN based in Amman, Jordan, and provides insights into this network and how it functions in support of ICRC operations in the region.

We wanted to know from Stephane what the structure and staff profile of the RRN is.

That’s a good question. The RRN was established in 2015 and was previously known as the Regional Affairs Team (RAT) and was changed to the Regional Resource Network to stay in line with similar structures that have been created in Africa, Asia, and Latin America. At the moment, we have 30 to 35 professionals here, out of about 70 in total all over the region. As this is a network, the number evolves depending on the interest of the regional positions to be associated with the regional network. This staff works transversally and in a multidisciplinary environment to enhance the quality of their contribution to the ICRC delegations we support.

Can he give us an idea of the size of the missions being supported by the RRN?

First and foremost, we have to know what we mean by “support.” The nature of support provided by the RRN is of double nature. You first have direct support provided to delegations which can be HR, such as filling human resource gaps (or onboarding new staff), or reinforcing technical capacity or reviewing intervention within the protection of the civilian population (PCP) domain, or even support by reviewing technical projects, etc. Then you have another kind of support that could be more long-term and involves working in the regional environment to shape and influence this environment in a way that eventually supports these delegations in their daily operations. So, the RRN is looking at providing such support to large-scale operations such as in Syria which is the largest operation in the world for the ICRC, but also to Yemen, which is the second-largest operation. There is another range of operations that need similar support but may not necessarily be given support because of size but solely on needs. Such delegations include Egypt or Jordan—who have relatively smaller budgets compared to Syria or Yemen, but they may nevertheless have as many needs as big delegations like Syria, Yemen, or Iraq. So, it’s not about size but about their needs and the capacity of the RRN to support them in those areas.

What would he consider to be the impact of this support given by the RRN?

We’ve been working quite a lot in trying to review the impact and in trying to get feedback from the delegations on how such regional positions impact their operations. If we look only at direct support to the delegations, what was important was to capture the diversity of voices in the delegations in order to provide genuine feedback and what is striking is that in the last two years, we’ve conducted three surveys which eventually demonstrated that the impact of the regional positions pertaining to the RRN was well appreciated with 80% of the respondents on the average saying that such positions were creating an added value to their operations. I will say that coming from the delegations’ point of view and taking into account the diversity of voices within the delegations, the impact seems rather good. Conversely, the impact of the other kind of support that we provide is harder to capture. When I talk about long term support, it’s really the work we do on regional priorities—the regional strategic framework—where we work on conflict and the environment, the regional missing plan of action (i.e. regarding persons who went missing due to the Syrian conflict), where we work in trying to equip the region with more capacity in terms of data analytics for instance: here, the impact is more difficult to capture but I hope we will be able to do so when the implementation of such Plan of Action will move forward in the months to come.

How does he see the support being maintained and what would he propose to further increase its impact?

I would say that first, what makes the support relevant is not because of the support given per se but the quality of the people who are providing that support; second is the articulation between the quality of the people and the needs expressed by the delegations. You can have the best people at the regional level but if they do not match the needs of the delegations then their skills are badly used so whatever we do needs to respond to the needs of the delegations and we should keep that at the center of the direct support of course and also of the long term support we work on. This network is relevant because of the two things I mentioned but also because the staff works together in an environment that fosters and promotes a multidisciplinary approach to working. The fact that we try to take advantage of the various expertise to actually provide support to the delegations and towards the attainment of regional priorities together also means that we can build up to something which takes all the perspectives into consideration.

Stephan Bonamy has undertaken various missions with the ICRC, covering the Democratic Republic of Congo, Afghanistan, Iraq, Switzerland (ICRC HQ), New York (as Delegate to the UN), and the United States (Delegation to the US and Canada) before his posting to Jordan as Head of the RRN.