Jordan: Interview with the ICRC deputy head of delegation 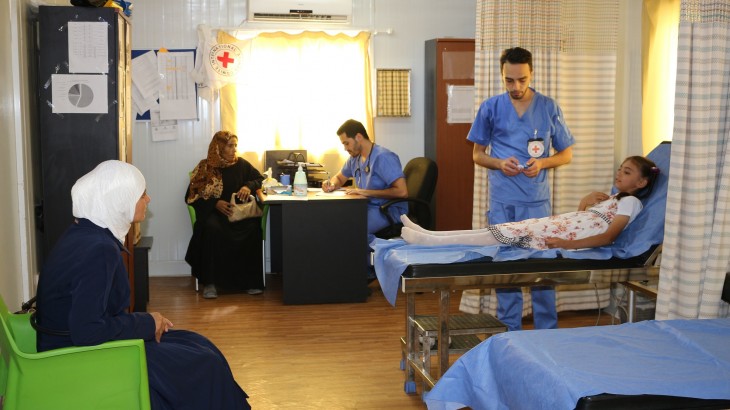 Hicham Mandoudi, who recently ended a two-year mission serving as deputy head of the ICRC delegation in Jordan, sat down for a short interview and reflected on his experience at the end of this memorable mission, the impact of the Syrian crisis on Jordan and ICRC's main activities in the country.

How do you feel after working in Jordan for two years?

One can only have mixed feelings after living and working in Jordan for two years. On one hand, I feel satisfied with what we at the ICRC have been able to do but on the other hand, I feel sad leaving friends and colleagues behind in a difficult situation. There are currently thousands of asylum seekers at the border area between Jordan and Syria known as the "berm," in need of immediate protection and assistance. Ever since the border area was closed off on June 21, the ICRC has not been able to reach these people. While the legitimate security concerns of Jordan are completely understandable, it saddens me to see thousands including women, children and elderly people left to their own fate.

What memories are you going to carry with you from Jordan?

Two years can be very long in a demanding context, but there are many memories that I will keep in my heart. There are incidents that have had an impact on our operations such as the June 21st attack on Jordan’s military in Rukban, which had major consequences on the people at the berm and on humanitarian action there. The attack not only highlighted how fragile the situation was, but also emphasized the dire need for safety and protection for the people at the berm. Since that day, many changes have been introduced to our operations and we have had to go through a difficult adaption phase. Of course, I am also leaving with very good memories of motivated colleagues and of the beautiful country of Jordan and its people.

How has the crisis in Syria affected Jordan? 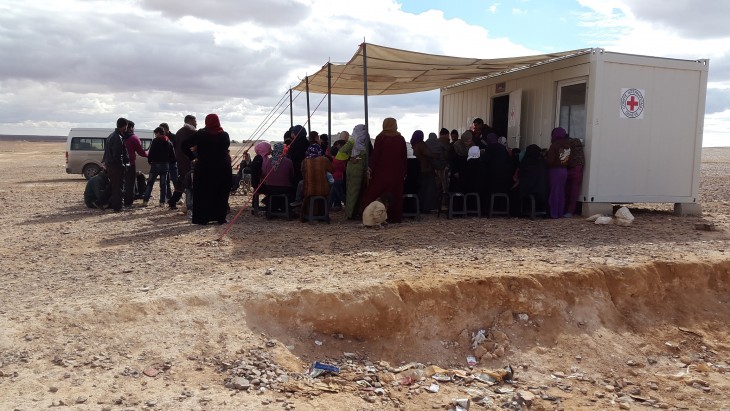 Around 650,000 people have taken refuge in Jordan since the onset of the Syrian crisis in 2011. Almost 80% of Syrian refugees live in host communities, while the rest are accommodated in refugee camps, mainly in the Zaatari and Azraq camps. Meanwhile, tens of thousandsof people are still stranded at the berm.

The spillover of the Syrian crisis has had a heavy toll on Jordan especially in the north, where over half of the Syrian refugee population in Jordan resides. The refugee influx has placed enormous social and economic pressures on Jordan and its resources, resulting in overcrowded health centres and schools, overstretched water and sanitation services, as well as negative effects on the environment and the labour and housing markets.

As for the Syrian refugees, many of them have depleted their savings and have become increasingly dependent on host communities and international assistance, due to the protracted nature of the crisis.

Given the weight and the protracted nature of the Syrian conflict, how did the ICRC in Jordan respond to the enormous needs?

The ICRC in Jordan has been actively engaged in the humanitarian response to the Syrian refugee crisis since it began. There were three levels of response, inside refugee camps, in host communities and in the north-eastern border area.

In the refugee camps of Zaatari and Azraq, the ICRC has helped thousands of Syrian refugees maintain contact with family members, by telephone or hand-written Red Cross messages.

Within host communities, the ICRC, together with the Jordan Red Crescent Society, has helped 3,000 Syrian families in Mafraq and Madaba governorates with monthly cash allowances. In North Badia and Ruwayshid, the ICRC has carried out several water projects for the benefit of 300,000 Jordanians and Syrians.

Can you tell us more about the Amman delegation and its main operations? 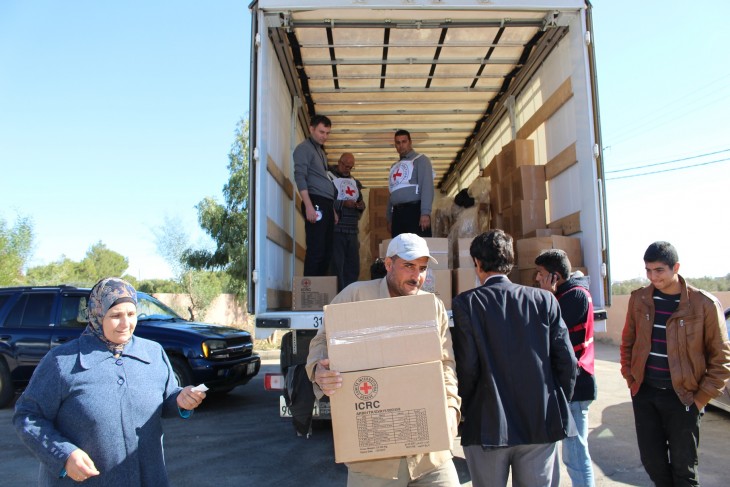 ICRC has been present in Jordan since 1967 when we established a permanent delegation in Amman, after the Arab-Israeli war started in 1967. Our main activities at the time were connecting separated families, visiting detainees, promoting international humanitarian law and supporting the Jordan Red Crescent Society.

Between 1990 and 2011, the delegation expanded as conflicts ensued in the region, including the Iraq-Kuwait War, the Second Intifada in the Occupied Territories, the ongoing Iraq War and a renewed but short-lived conflict in Lebanon. In 2011, the delegation grew further in response to the needs of thousands of Syrian refugees in Jordan.

What turn do you expect developments to take in Jordan?

Indeed, the context in the region and in Jordan in particular is simply difficult to predict. The crisis at the berm started with tens of thousands of asylum seekers back in 2014 and dramatically increased almost overnight (in less than 4 months) reaching an alarming number of almost 75,000. Unfortunately, with the absence of an international political will to find a solution to immediately stop the suffering of millions of Syrians whether they are internally displaced, refugees or asylum seekers, anticipating developments is in itself very difficult, both for states and humanitarian organizations.

As I try to be positive, I plan to one day book a flight to Syria for me and my wife where I would show her the splendid scenery that I used to enjoy before 2011. It is wishful thinking, but I hope that it one day materialises.