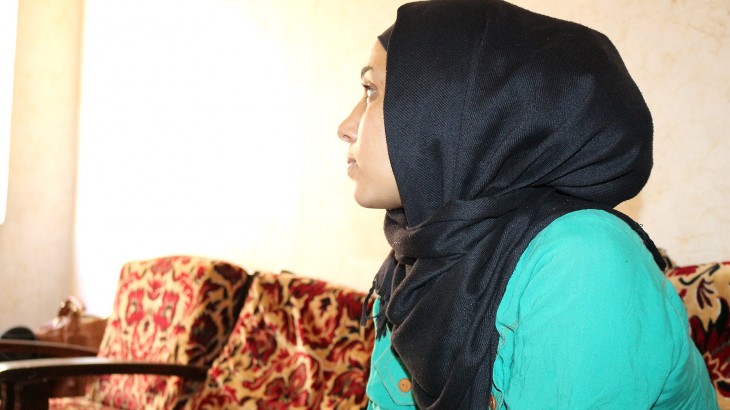 As war and harsh living conditions in Syria force thousands of families to flee to Jordan in search of a safe haven, many family members become separated. The ICRC helps reunite them by establishing their whereabouts and putting them back in touch with each other.

I just want my children to have a better future. This is what I pray for.

These are the words of Marwa, a Syrian refugee from Damascus, spoken with a glimpse of hope in her eyes. With the help of the ICRC, Marwa was reunited with her two children, Hussein (6 years) and Lemar (4), in Jordan after they had been separated for more than ten months.

For Marwa, the death of her husband in Syria last year was the first incident in a journey of grinding hardship. "After this tragedy, I was detained for three months. My sister Nisreen took Hussein and Lemar and fled to Jordan in July," she explained, remembering that period. "My life fell apart."

On her release last September, Marwa decided to embark on a gruelling journey across the desert to rejoin her children in Jordan. Unfortunately, her attempt failed and she went back to Damascus broken-hearted.

More than six months of endless pain passed, but Marwa never wavered in her determination to see her children again. "I cried almost every night during those six months. My heart was going out of my chest whenever I heard Hussein and Lemar's voices."

During that time, Nisreen was able to maintain contact with Marwa through the ICRC's tracing office, which offers telephone calls to Syrian refugees in Azraq camp. The ICRC, meanwhile, was working around the clock trying to arrange a possible family reunification.

Uncertain about the future, Marwa decided in April this year to try again to get to Jordan. It took Marwa two days to reach the berm. While waiting to be admitted, Marwa described the war she was fighting inside.

I was torn apart between leaving my parents in Syria and joining my children in Jordan.

Based on family reunification grounds, the ICRC registered an intervention with the Jordanian authorities for Marwa's entry to Jordan. As Marwa reached Rweyshid transit facility in the north-eastern border area, the ICRC handed her the family booklet, which had been collected from her sister Nisreen in Azraq camp, so she would have all her documents ready and complete for the reunification.

"After being transferred from Rweyshid to Raba'a Al-Sarhan Registration Centre in Mafraq, I showed my family booklet and ID to the Jordanian authorities, waiting for the final permission to enter. That moment was decisive. I felt so close to seeing my children, and yet too far."

Upon obtaining permission, Marwa was transferred to Azraq camp. "When I reached the camp's reception area, Nisreen came with Hussein and Lemar. Hussein ran and jumped into my arms, while Lemar stood still as if she did not know me," said Marwa, choking with tears. "This scene will unfortunately be imprinted in my memory and maybe in my children's memories for ever." 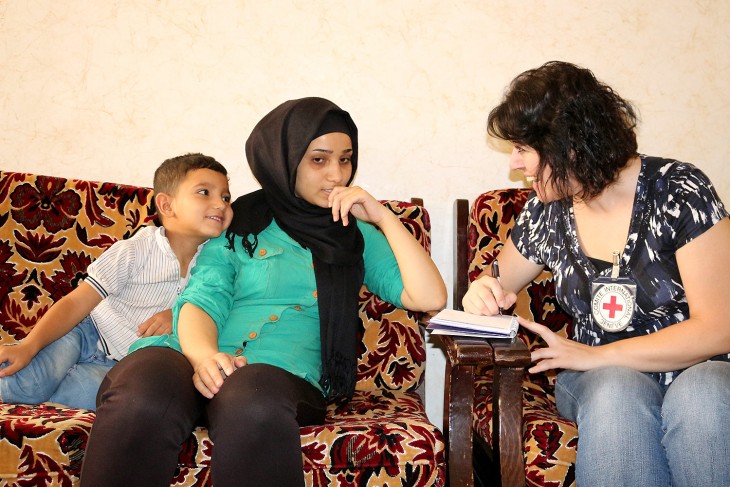 It took Hussein and Lemar a while to become familiar with Marwa again. "Even now, Lemar sometimes calls me auntie instead of mom," said Marwa, her eyes filled with tears. "I still feel surprised whenever I hear her talking because when we got separated Lemar was too young to utter a word."

"I lost my husband and brother in the war in Syria. I miss Syria. I miss home and, most terribly, my mom," she added. "Right now I don't know what the future holds for us, but here we are in a safe place. This war is a nightmare, but we will wake up from it. I'm sure. Without the help of the ICRC, I wouldn't be with my kids today," said Marwa, expressing her joy and relief.