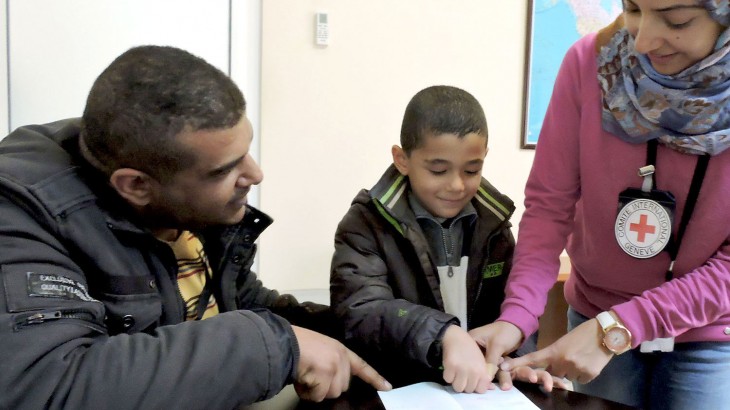 ICRC office, Amman, Jordan. Abu Umran and his son give their fingerprints so they can obtain travel documents. CC BY-NC-ND / ICRC /A. Ali

Thousands of refugees have fled to Jordan to escape the Syrian conflict. Many have endured heartbreaking ordeals in Syria—only to face more struggles as refugees in Jordan. Resettlement can be a lifeline for these refugees.

Following an official written request from the UNHCR or from the embassy of the country of resettlement, the ICRC issues travel documents to Syrian refugees in Jordan who lack appropriate identity papers. Since the beginning of 2015, the ICRC has issued more than 900 of these travel documents.

"Being a refugee is very difficult and life is a constant struggle. These travel papers will certainly help my family and me to start a new life," says Abu Umran, a Syrian refugee in his late thirties. He, his wife and five children had come to the ICRC office to be fingerprinted for their travel documents.

"We have been accepted for resettlement in the United States. We don't know what the future holds for us, but we are hoping for a better life."

Originally from the southern Syrian city of Dara'a, Abu Umran fled to Jordan in August 2012. "Our town was under constant shelling. Two rockets fell on our house and destroyed it.

"When I arrived in Jordan, I stayed at my brother's house in Irbid for two months. Then, I managed to rent a small house in the same city. But I had to move several times, as rent charges went up every year.

"In Syria, I was running a 'shawarma' restaurant with my brother. We were happy. We had a place that we could call home. Now, we depend on aid from humanitarian organizations, since it is difficult to get a job here.

"Over the past three years, we have thought of going back to Syria several times. But lack of security has prevented us. It's just not safe there for my children. 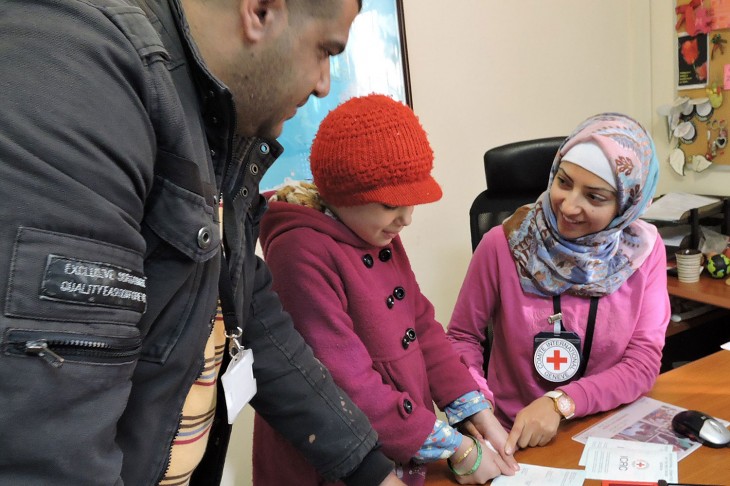 "After completing the needed formalities and interviews with the UNHCR, we were told in September that we had been accepted for resettlement in the U.S. Whenever we think of what our life will be like over there, we experience a mix of fear, anxiety, uncertainty, but also hope. You know, at least we are sure to have more peace and security than in Syria."

Abu Umran concludes: "I want my children to have a proper education and a better future. But perhaps most of all, this travel document represents the hope I have to see once again my family sharing smiles all around."