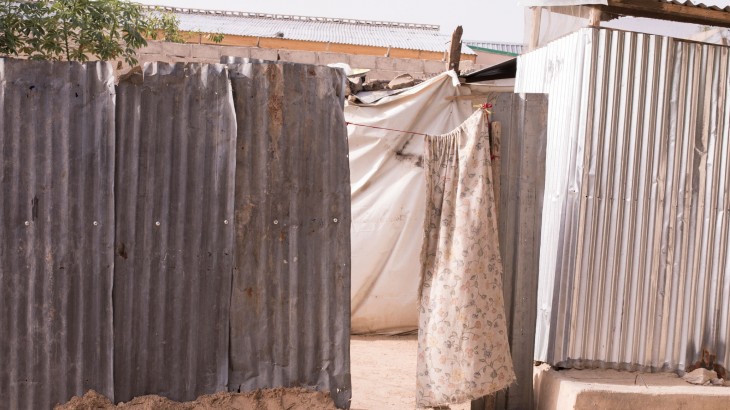 This report provides an update on the 2016 report 'Translating the Kampala Convention into Practice: A Stocktaking Exercise'. It aims to capitalize on the momentum for engagement created by the tenth anniversary of the Kampala Convention last year to underline the importance of adhering to the Convention and contribute to efforts to translating its provisions into concrete improvements for internally displaced persons.

Ten years after its adoption, the African Union (AU) Convention for the Protection and Assistance of Internally Displaced Persons in Africa (the Kampala Convention, or the Convention) remains the world's only legally binding regional instrument on internal displacement. Over the last ten years, 30 Members of the AU have become party to the Kampala Convention. Many have adopted domestic legislation or policies to implement its provisions or are currently undergoing this process. Several States have taken concrete initiatives that have improved the lives of IDPs in their communities. Yet, despite the progress achieved, the plight of millions of people internally displaced in Africa continues to give cause for concern.

The Kampala Convention: Key Recommendations Ten Years On report provides an update to the ICRC's 2016 report Translating the Kampala Convention into Practice: A Stocktaking Exercise. Together the two reports serve as a timely tool for States and other actors to continue working to translate the Convention's provisions into concrete improvements for IDPs. The update report follows up on the recommendations of the 2016 stocktaking exercise, assessing their ongoing relevance, and adds to the evidence base supporting those recommendations by presenting the progress made and the ongoing challenges. It then focuses on what is most needed going forward. To produce this update, ICRC delegations across Africa were asked to examine States' practice in relation to the 25 recommendations contained in the 2016 report. The ICRC was uniquely placed to undertake this task particularly thanks to a strong operational presence across Africa and a mandate to protect and assist persons affected by armed conflict and other violence.

The report concludes with four key recommendations. Three of them – on disseminating the Kampala Convention, designating a coordinating authority and ensuring meaningful IDP participation – are directed at States; one – on coordinated support to States – is aimed at other actors.