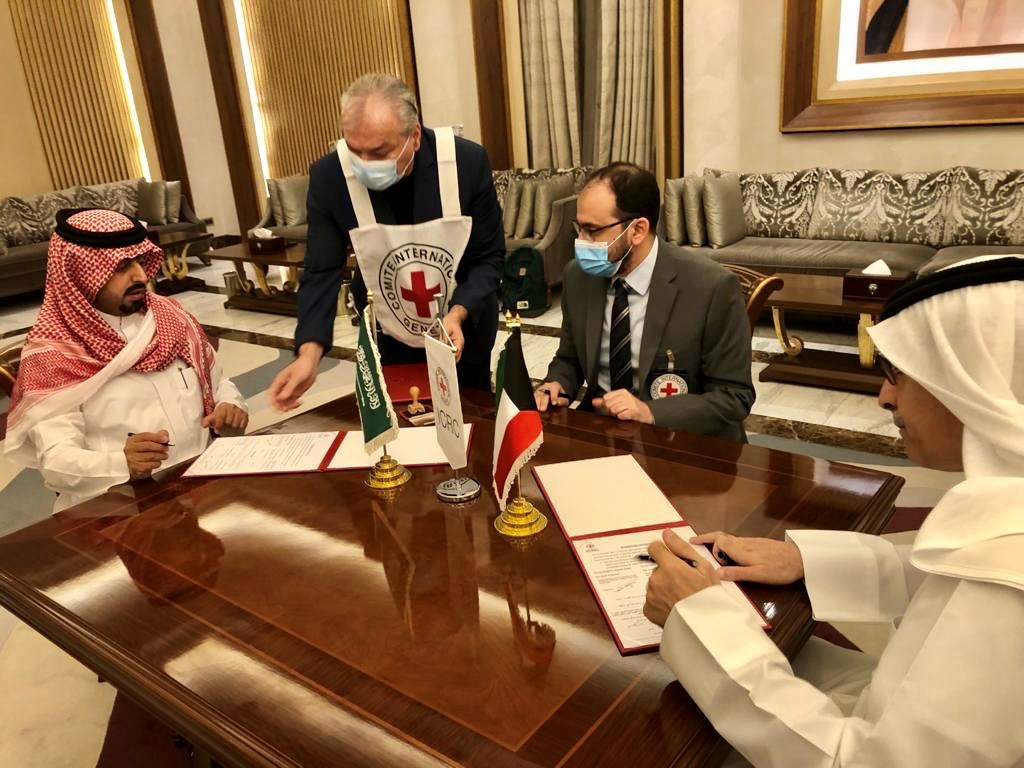 Today, under the auspices of the International Committee of the Red Cross (ICRC), the remains of a Saudi national who went missing during the 1990-1991 Gulf War were handed over by the State of Kuwait to the Kingdom of Saudi Arabia (KSA) at Kuwait International Airport.
News release 20 October 2021 Iraq Kuwait

After 30 years of painful uncertainty, the family of the missing Saudi national now has clarity on the fate of their loved one.  Throughout this time, the KSA authorities have maintained the case on their missing persons list. The human remains were found in March 2019 at a burial site in Iraq's Samawa District, with the joint efforts of Iraqi and Kuwaiti authorities, assisted by experts from the ICRC within the framework of the Tripartite Commission Mechanism.

The identification of the remains and its subsequent handover to KSA was conducted following conclusive DNA analysis, matching with Kuwait's database of prisoners of war and missing persons and third-country nationals, led by the General Department of Forensic Evidence in the Ministry of Interior in the State of Kuwait.

The Tripartite Commission and its Technical Sub-Committee were set up in 1991 and 1994 respectively, to help ascertain the fate of people missing in connection with the 1990-1991 Gulf War. They are chaired by the ICRC and composed of representatives of the Republic of Iraq, the State of Kuwait, the Kingdom of Saudi Arabia, the United States of America, the United Kingdom, and the Republic of France. In 2014, the UNAMI joined, as an observer.

The members of the Tripartite Commission are committed to upholding the right of families to receive answers about the fate of their missing loved ones. To this end, the Commission places all necessary efforts in the search and recovery of human remains related to the conflict.