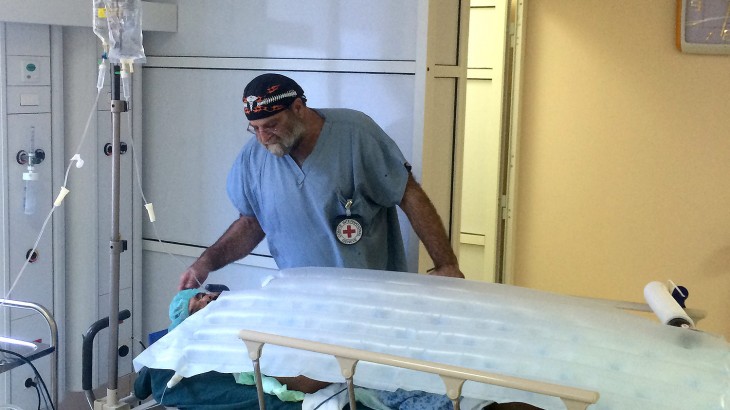 A unique situation occurred today when doctors performed two operations at Tripoli's War Traumatology Training Centre (WTTC) run by the International Committee of the Red Cross. Richard Gosselin, a surgeon who joined the ICRC a quarter of a century ago, has just left the operating room. He now shares details with us.

In what sense are these operations unique for the ICRC?

The ICRC typically deals with fresh weapon-wounded cases. The two operations we performed today, while not unique in themselves, since they are routinely done in many countries, are nonetheless unique for the ICRC. That is to say that this is the first time we have surgically treated old injuries that had serious complications. We are able to do that now because of our access to technologies heretofore inaccessible to us.

Could you speak more about today's cases?

The first patient had a severely damaged hip that could not be effectively treated, and so needed to be replaced. As the ICRC had never done hip replacement surgery, the operation required a lot of preparation: we had to make sure we had the right equipment, material and implants. In fact, we had to start from scratch.

The second patient underwent arthroscopic surgery, which involves inserting a camera into the knee joint and working inside the joint while benefitting from the camera's pictures that appear on a TV screen. This procedure requires sophisticated equipment, which fortunately we have access to today. 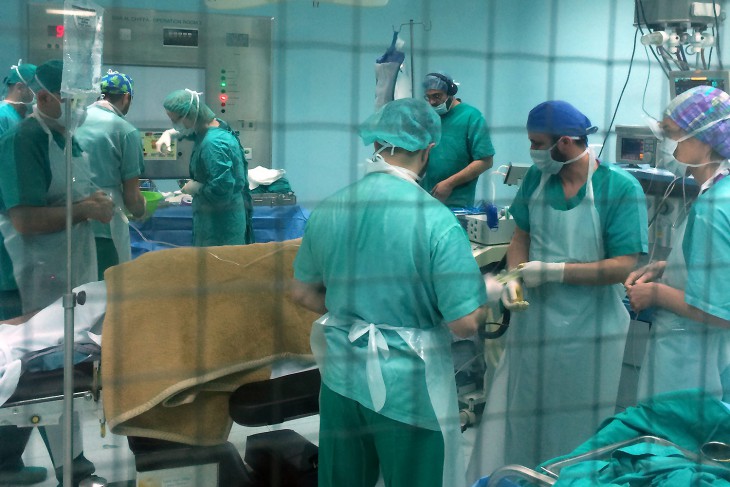 Although performed for the first time at the centre, these two procedures are not very complicated. Indeed, we have more complicated cases at the WTTC that are awaiting intervention.

How many and what kind of patients do you have at the WTTC?

At present, we have about 20 patients. Most of them suffer from chronic wound-induced complications, sometimes as a result of improper treatment at the very beginning. There is, for example, the case of an elderly woman who was injured three years ago in Syria and was unsuccessfully treated there. Yesterday, as another example, we received a nine-year-old Syrian girl who had been hit by a stray bullet two weeks ago near the Lebanese-Syrian border.

Most of our patients are Syrians. But we also have two Lebanese patients, who were injured during last year's clashes in Tripoli, as well as one Palestinian patient.

The WTTC was set up in September 2014 to provide surgical treatment, including reconstructive surgery, and physical rehabilitation to weapon-wounded patients. It also serves to transfer the ICRC's know-how in surgery and rehabilitation to surgeons and other health professionals. Since the creation of the WTTC, about 140 patients have been admitted and over 170 operations performed.