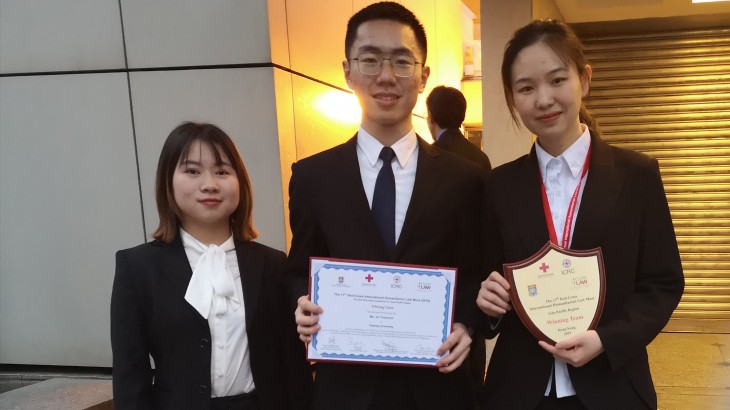 Singapore Management University won the second place in the competition, which had 24 participating teams. The University of Chinese Academy of Social Sciences also finished among the top four finalists, making it the best performance by Chinese mainland teams in the 17-year history of the regional competition.

"The teammates were excellent. I'm so proud of them," said Joseph Pratt, an associate professor at Peking University Law School, who coached the winning team. He said they had organized focused training sessions with at least 15 simulations to prepare for the competition.

Arguing a hypothetical IHL-related case before a simulated International Criminal Court, the teams acted as counsels for both prosecution and defence, which helped them look at humanitarian law from various angles.

"The competition aims to raise awareness of IHL among students and pique their interest through debate," said Larry Maybee, deputy head of the ICRC regional delegation for East Asia.

Congratulating the winning teams, Margherita D_Ascanio, head of legal division at the ICRC regional delegation for East Asia, particularly appreciated the Chinese mainland teams and assured that continuous effort would be made to promote this event.

Following the competition, students spoke of how it helped them grow. Chen Xiaohua, who led the team of the University of Chinese Academy of Social Sciences, said, "The IHL moot can go a long way in strengthening our skills in legal research and analysis of cases as well as legal writing and oral presentation in English."

One of the judges for the competition, Prof. Li Qiang from the Law School of China University of Political Science and Law, emphasized that such events enable college students to gain direct and deep insight into the relevance, value and significance of IHL. 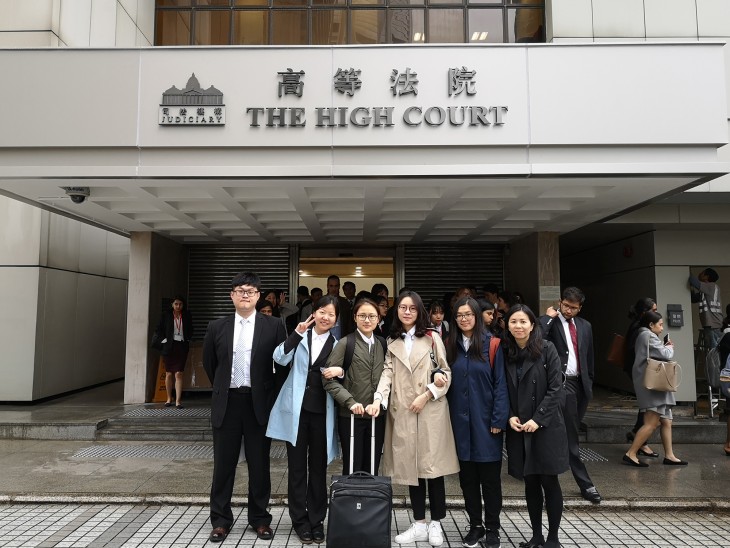 The team from University of Chinese Academy of Social Sciences captures a moment in front of the High Court in Hong Kong after the competition. CC BY-NC-ND / ICRC / Xinyan LIU

This story is translated from the original version on  legaldaily.com