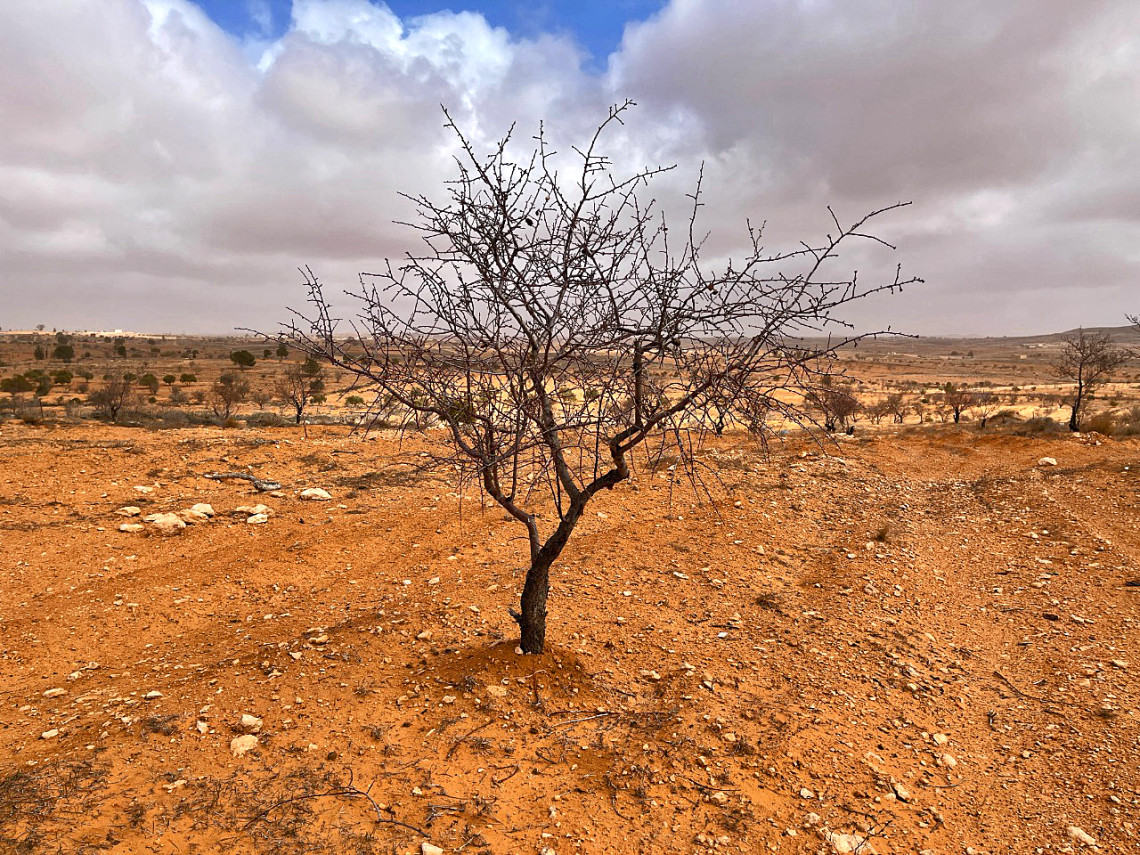 Tripoli (ICRC)— Ali Ebrahim’s farm in Awiniya, southwest of Tripoli, Libya, is a pale shadow of its former self.
Article 14 April 2022 Libya 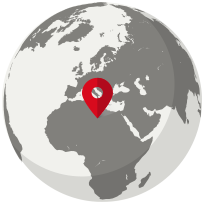 The land is parched and spotted with drought-withered figs, wilted almonds and burnt grape trees.

A pockmarked and dismantled skeleton of a water tank lies a few metres away.

"I lost everything and had to start from zero. I used to have livestock, but I was forced to quit raising animals after these harsh years. I can't afford to feed and water the cattle since pastures were parched due to desertification and drought. I was forced to quit," said a dejected Ali.

His predicament is shared by many farmers in Awiniya who depend on wheat, barley crop, fruits and almonds for income.

Productive and sustainable farming is one of the most powerful tools to end extreme poverty, but conflict erodes the efforts of farmers like Ali. Conflict forced many farmers to flee their homes and abandon their farms. 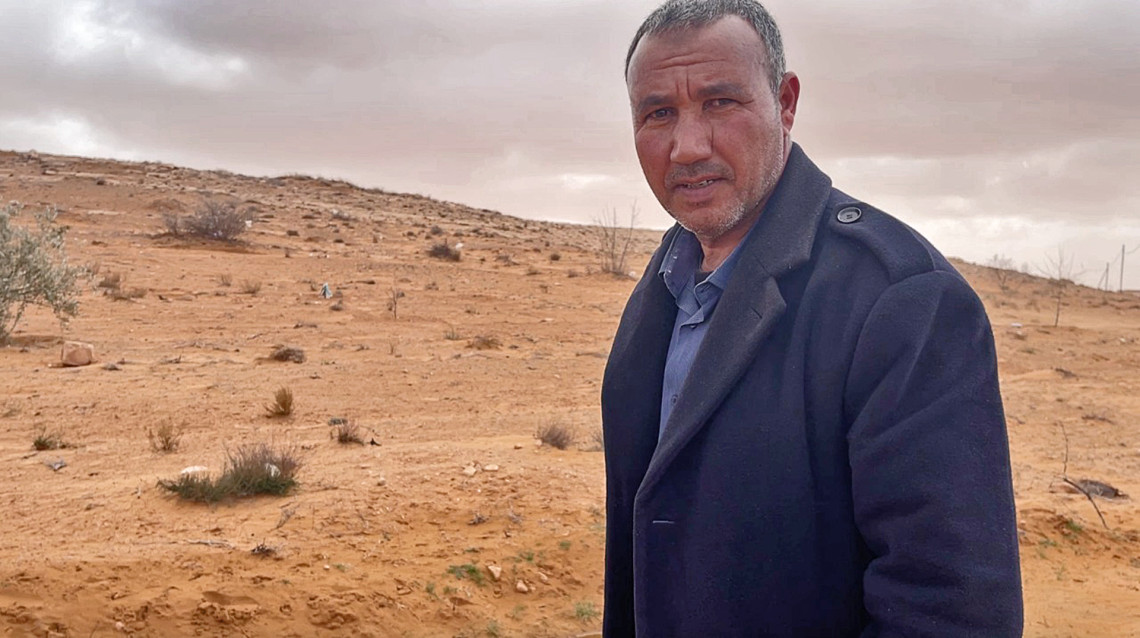 When Ali Ebrahim returned to his farm after seven years of displacement because of conflict, it was too late to save it and he had to start from scratch. ICRC

Too late to save orchard

When Ali returned after seven years of displacement, it was too late to save what was left of his once-thriving orchard.

The effects of climate change exacerbated this problem.

I started planting trees again as if I was in my first year of farming, but with three consecutive years of drought, the trees didn't grow or blossom due to the severe weather.

The rugged terrain of this mountain village makes it nonviable for farmers to dig wells, while the only water tank farmers used to depend on for emergencies in dry seasons was destroyed during the fierce fighting Awiniya witnessed in 2011.

Like many other farmers, Ali can't afford to buy water for his farm and house as it would be too expensive. He can't depend on rainwater either, as the rainy season came without much rain.

Climate change is subjecting Libya to extreme climate events like increased and more severe sand and dust storms, droughts and increased temperatures. Years of renewed conflicts have weakened the country's capacity to adapt while needed resources to mitigate climate risks are being shifted to deal with short and long-term consequences of the protracted conflict.

Dr Jalal Al-Qadi, from Misrata Agriculture Research Center cites yet another risk while voicing concerns about the lack of resources:

"We barely had rainfall between October 2020 to October 2021. The few intense rainy days throughout that period were not enough or good for farming. The intensity in rainfall for just four- or five-days leaves water ponds that quickly evaporate without penetrating the soil."

According to Dr Al-Qadi, repercussions are already being felt in the local markets.

You can see the shock in olive oil prices, for instance, that tripled over the last two years due to reduced production impacted by a decrease in rainfall. More resources should be invested urgently in arable lands.

The ICRC is working with Misrata Agriculture Research Center and the Faculty of Agriculture in Misrata University to enable vulnerable rural communities affected by conflict or host displaced people in Misrata to improve their food production to a stable economic security environment and sustainable livelihood opportunities in the long term.

"Climate change requires great preparation from everyone. Emphasis must be placed on raising people's awareness of this issue's danger," concluded Dr Al-Qadi.

In a country of primarily desert lands, where under 2% of the land is arable, more farmers are abandoning their farms amidst scarcity of water resources. At the same time, yields of rainfed agriculture are severely low due to droughts.

The rainfall intensity often causes flooding on roads and streets within city centres. Occasionally, floods lead to loss of life, significant economic damage and loss of crops. Flood damage is aggravated by Libya's damaged or destroyed drainage infrastructure due to conflict. An increase in floods might increase the rate of coastal erosion, affecting infrastructure along the coast. It also might increase saline intrusion, affecting groundwater and soil productivity.

Globally, Libya is classified among the countries less prepared for climate hazards. The conflict has left the country vulnerable to climate variability because of low adaptive capacity, which is likely to increase the impacts of natural hazards on agricultural production. According to the World Bank, the limited renewable water resources, coupled with drought and poor soil, severely limit production, forcing the country to import about 75% of the food required to meet local needs. 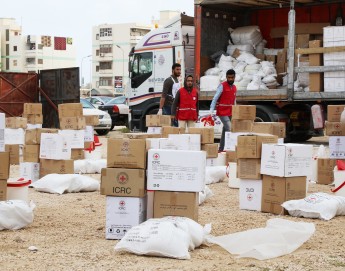 Libya: a journey into Ghadames “the pearl of desert” to deliver aid