Living with landmines in Bosnia and Herzegovina 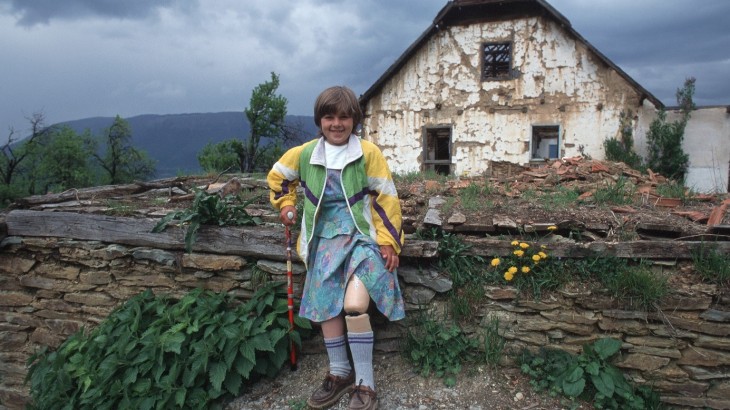 Nearly 15% of landmine victims in the post-war period have been children. CC BY-NC-ND / ICRC / D. Higgs

Aldin Karavdić was tending a herd of goats close to his family's home when he stepped on a landmine. The 16-year-old suffered severe injuries, especially to his right leg – luckily, doctors were able to save it. In these hills near the city of Mostar, many children used to herd the family cattle. But that was before residents learned that the area was littered with mines and unexploded ordnance from the Bosnian war.

The war ended more than two decades ago, yet over 80,000 mines and pieces of unexploded ordnance still pose a direct risk to more than a half million residents. At least 1,750 people have been injured by mines in the post-war period, and 614 of these cases were fatal. Most of the accidents are caused by PROM-1 antipersonnel mines, which were banned under the Ottawa Treaty 20 years ago. Almost 15% of the victims are children.

In the past two years alone, landmines have killed nine people and injured another twelve. Aldin is among the survivors. He has recovered some use of his leg, but he continues to dig out shrapnel, and the trauma – according to his mother – still disrupts his sleep. The monthly disability payment he receives is largely symbolic, and his family cannot afford to pay for his rehabilitation. Estimated to be 60% disabled, Aldin became a member of the civil war victims association even though he was born six years after the war ended.

During our visit, Aldin's parents spoke of their fear and uncertainty about how Aldin would recover from the injury and the trauma, but also about how to feed their five children. As they are unemployed, their goats are essential to the family's survival. "Herding is very difficult now, because we're scared to walk through the hills," they told us. Since Aldin's accident, the authorities have swept the area and found many more unexploded devices. They removed them, but local people rarely venture there anymore. 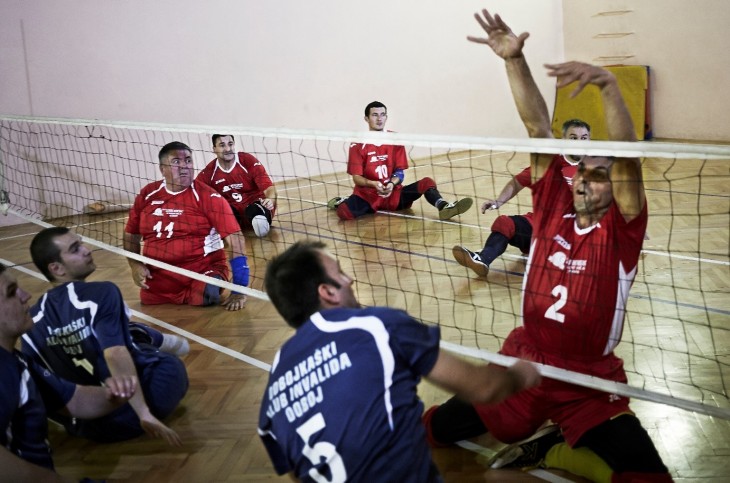 Sitting volleyball is a popular sport in Bosnia and Herzegovina given the large number of landmine victims. The national team is a multiple world, European and Paralympics champion. However, the state awards them only half the prize money it gives to Olympic champions – just one example of the challenges that landmine victims face within society. CC BY-NC-ND / ICRC / V. De Viguerie

Many people living close to marked mine-contaminated areas take their life in their hands in order to collect wood and other necessities. They hope that their familiarity with the terrain will keep them safe. But it doesn't always work out that way: in April 2017, one man was killed and another injured on Ozren Mountain. Hunters are also vulnerable, like the 48-year-old man who lost his life on 5 November in Oštra Luka. That same day, three 11-to-13-year-old children ventured into a minefield close to Sarajevo out of curiosity – luckily, they were rescued by demining units. 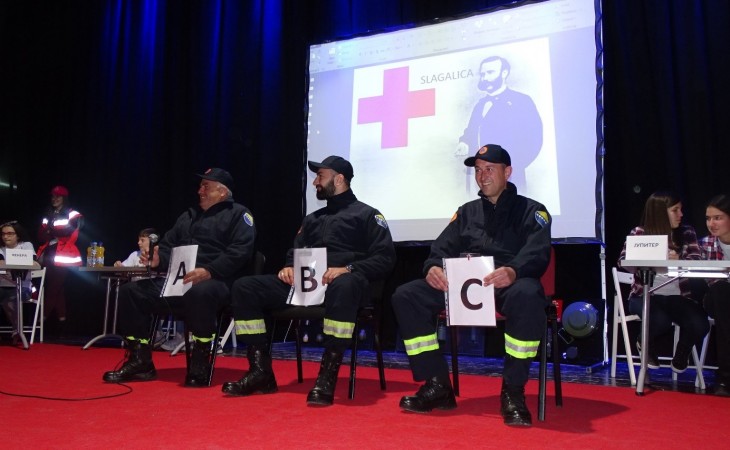 The authorities are heavily involved in humanitarian demining and have cleared over 120,000 landmines and pieces of unexploded ordnance so far. However, the country will fall short of its initial target of being landmine-free by 2019. This month the official deadline was moved to 2025, but even that may be ambitious given the lack of financial resources. Some experts estimate it could take several decades to clear the country of all landmines and unexploded ordnance. Until then, the Red Cross will continue to raise awareness among local residents. This devastating legacy of war has already robbed too many people of their basic sense of safety. And some, like Aldin, have lost much more.