Making better use of data on attacks against health care 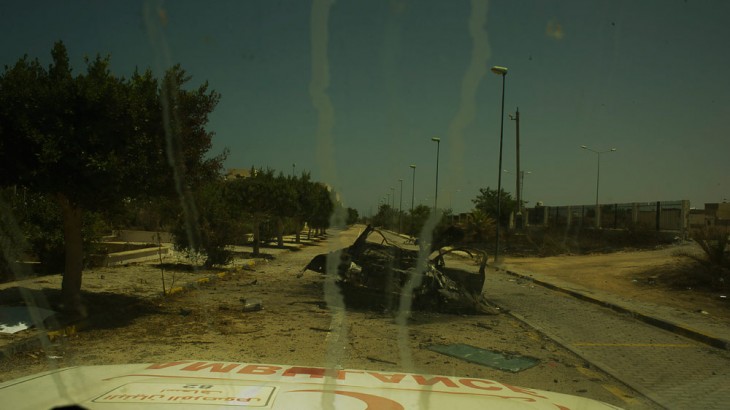 Libya. The ruins of a car are seen from an ambulance. CC BY-NC-ND / ICRC

What do we really know about violence against health care in conflict? Not enough, according to a report published recently by a research team from the London School of Economics and Political Science (LSE).

If we knew more, we would be in a better position to shape policies and operational responses to a problem that has been the focus of growing attention in recent years. The aim of the research project was to examine the strengths, weaknesses and potential unintended consequences of the evidence base in order to develop practical recommendations for future policy, research and action on health care in conflict (AHCC).

The report provides a systematic assessment of the quality of the current evidence base on attacks on AHCC and how effectively it is being used.

Over the past five years, according to the report, a series of concerted efforts have successfully raised awareness of AHCC and mobilised political will within the international community to tackle this issue. These efforts include the Health Care in Danger (HCiD) project and initiatives launched by Médecins sans Frontières (MSF) and Safeguarding Health in Conflict Coalition.

And the results can be seen, for example, in the unanimous passage of United Nations Security Council Resolution 2286, which strongly condemns attacks against medical facilities or staff in conflict situations.

Over the past five years, according to the report, a series of concerted efforts have successfully raised awareness of attacks on health care in conflict (AHCC)

Looking beyond the success of these advocacy initiatives, the report argues that the evidence base is still not being effectively used to prove an increasing prevalence of AHCC. Claims that attacks are worsening have not been backed by robust evidence, clear methodologies or comprehensive data. This may lead to a disconnect between global opinion and the reality on the ground.

Furthermore, the failure to agree on a common set of definitions, indicators and standards makes it impossible to include various forms of AHCC in the statistics. Another problem is that the evidence base contains data from a limited number of international organisations.

According to the report, this can lead to unintended consequences. The evidence base could, for example, be manipulated by people who use the data outside the original context and in variance with the data's initial purpose. Collectively, these problems result in a reductionist understanding of AHCC that ignores the context-specific nature of attacks and focuses on certain types and locations of AHCC.

This, according to the report, can create a sense of exceptionalism that invalidates other contexts or forms of violence against health care. Ultimately, the focus on generating visibility for AHCC taps into the attention economy through a self-reinforcing discourse that does not necessarily lead to a better understanding of the problem.

The report concludes that, (...) data collection must be improved and the approach to analysing and theorising about the issue must be more multidisciplinary and contextualised.

The report concludes that, in order to advance our understanding and respond more effectively to AHCC, data collection must be improved and the approach to analysing and theorising about the issue must be more multidisciplinary and contextualised. The report provides a set of recommendations, encouraging a range of stakeholders to work together to ensure AHCC are reported and documented more systematically and comprehensively.

The World Health Organization (WHO), acting in accordance with the World Health Assembly's 2012 resolution (WHA 65.20), is providing leadership in developing standardized methods of collecting and sharing AHCC data. Furthermore, stakeholders are called on to join forces to facilitate a regional and multidisciplinary-based approach to researching and analysing AHCC, to promote the inclusion of AHCC within the global health and security arena and to advocate for actionable resolutions aimed at both preventing and responding to AHCC.

This report has been made in collaboration with Chatham House (international affairs think tank) and in partnership with the International Committee of the Red Cross and Médecins Sans Frontières (MSF).

Health Care in Danger is an initiative of the International Red Cross and Red Crescent Movement to make access to, and delivery of, health care safer in armed conflict or other emergencies. This initiative calls for the respect and protection of health-care workers, facilities and vehicles and the implementation of a series of recommendations and practical measures to safeguard health-care services and their humanitarian mission. This initiative is supported by a number of partners, individuals and organisations, members of the Health Care in Danger Community of Concern.

For more information about the Health Care in Danger project: