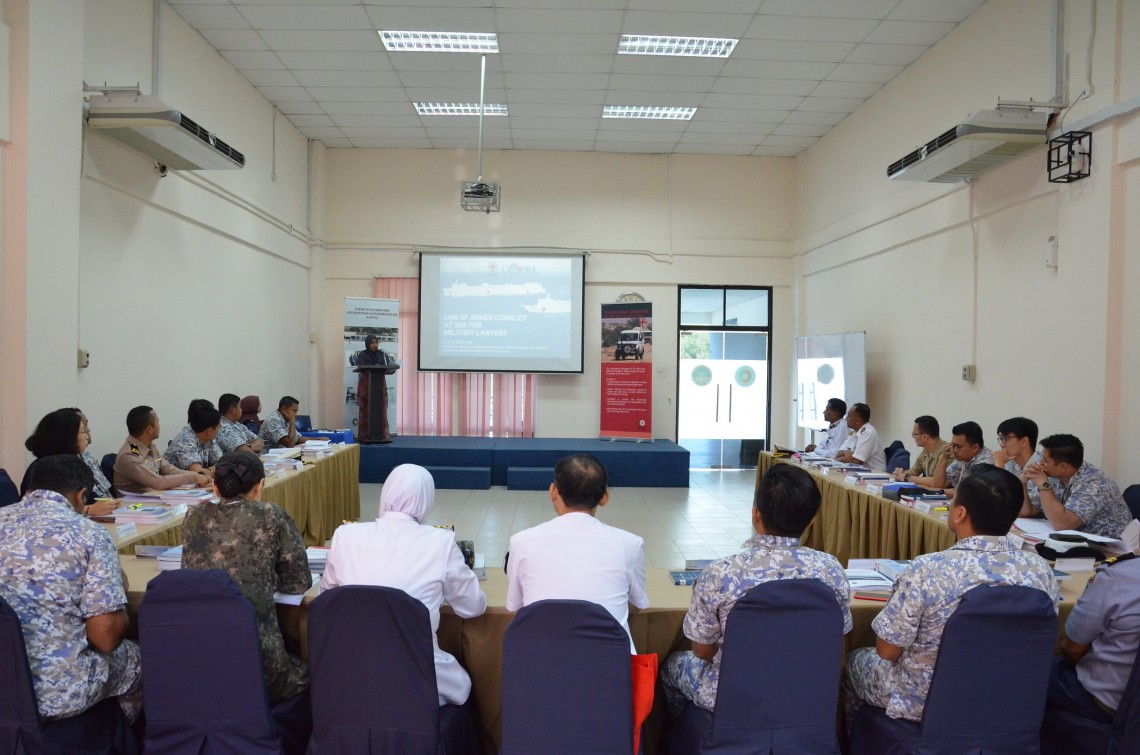 The Centre for Military and International Humanitarian Law (COMIHL) organized a regional course on the law of armed conflict at sea for military lawyers in collaboration with the International Committee of the Red Cross (ICRC). The three-day course started on 8 October 2019 and was held at the National Defence University of Malaysia (NDUM).

In its third year now, the workshop sought to provide a comprehensive understanding of the principles of international humanitarian law applicable to conflict at sea. It also aimed at building engagement on regional maritime legal issues and conflicts. 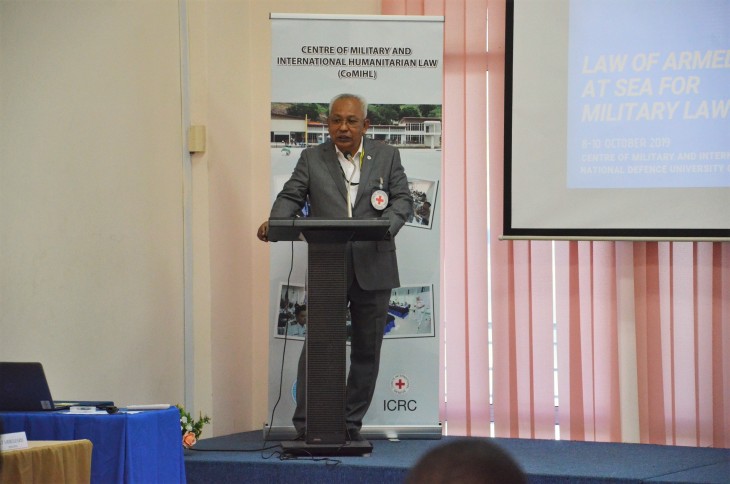 The ICRC's Azhari Abdul Aziz points out to the importance of integrating the law into different phases of military operations. ICRC

In his opening remarks, the ICRC's armed and security forces coordinator, Azhari Abdul Aziz, said it was important for the military to integrate the law of armed conflict at sea into their doctrine, training, planning and execution phases to reduce the adverse impact of military operations upon civilians and those who are no longer taking part in hostilities. "Complying with the law does not hinder the military's ability to engage with enemy forces, but it does limit the effect upon civilians," he emphasized. 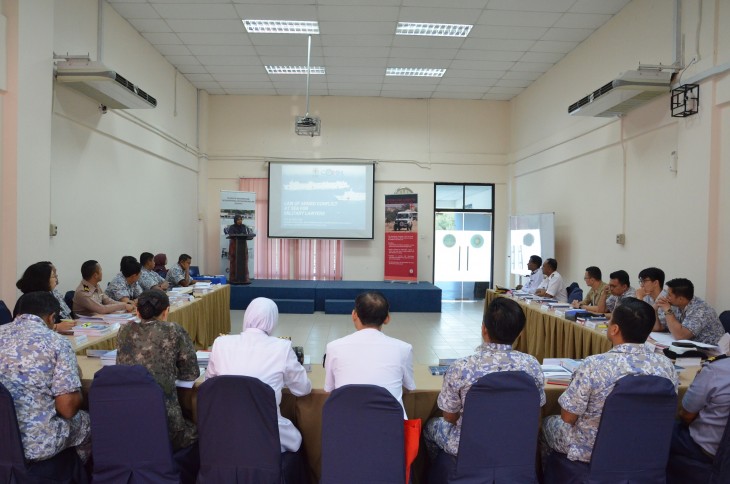 Twenty-one military lawyers from the Asia-Pacific region attended the course that was carried out via lectures, case studies, sharing of experiences with peers and experts, as well as discussions around topics related to naval warfare and humanitarian action at sea.

Vice-chancellor of NDUM Lt Gen. Dato' Haji Abdul Halim bin Haji Jalal, who was present during the closing ceremony, was pleased to see the fruitful cooperation between COMIHL and the ICRC. He hoped that the centre would achieve a position of excellence in military and international humanitarian law in the region.

Established in 2017, COMIHL is a regional centre that aims to promote and disseminate knowledge of military law and international humanitarian law among the region's military and legal communities.