Discussions at the 2017 Martens Readings Conference, organized by the ICRC and St. Petersburg State University, ranged from counter-terrorism to international humanitarian law (IHL). But how useful are these discussions? Do they make a difference? Below are the thoughts of three of the participants.

Humanitarian law and counter-terrorism, IHL through the eyes of a military lawyer, the protection of cultural property during urban warfare and a view from the bench – these and other issues were at the centre of discussions at the Martens Readings Conference in St. Petersburg on May 30-June 2, 2017. The ICRC and the Law Faculty of the St. Petersburg's State University jointly organized the conference.

Many States spend a lot of time and money on counter-terrorism operations, but military and civilian lawyers don't always agree on what body of law applies to terrorists. Do their actions come under IHL or criminal law? First, we heard from Bakhtiyar Tuzmukhamedov, the vice-president of the Russian Association of International Law and civil affairs officer in the UN Peacekeeping Forces in the former Yugoslavia.

"[Russian] armed forces are neither trained nor prepared to apply criminal law. Russia followed the US in its military response to terrorism, so armed forces participating in counter-terrorist operations can hardly be expected to apply criminal law. Commanders that took part in combat will assure you that they would quickly lose control over their subordinates if they did not enforce IHL." 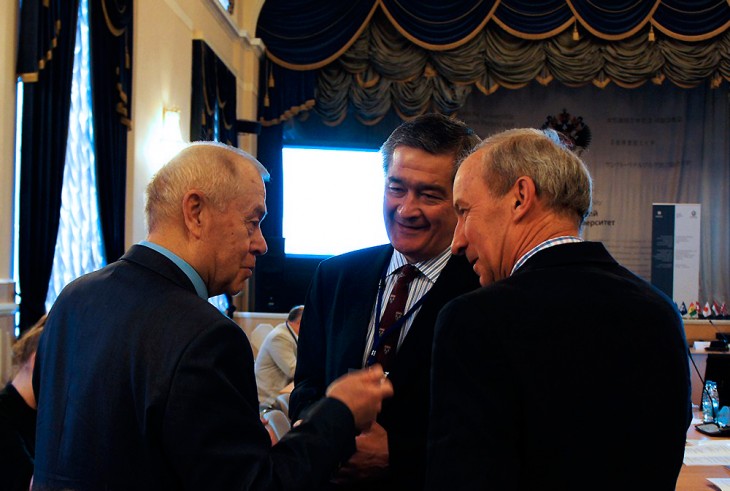 Bakhtiyar Tuzmukhamedov in the center.

Judge Christopher Greenwood of the International Court of Justice spoke about how and why some States are keen to use one branch of law but not another, and whether or not we need a new set of rules to deal with the challenges of global terrorism today.

"The discussion about IHL and terrorism can focus on the fact that States are very reluctant to accept that, in fighting a terrorist group, they are engaging in armed conflict. They want to keep IHL out of counter-terrorism operations, to treat it instead within the scope of domestic counter-terrorism law and to some extent international human rights law. In the last 15 years or so we've been able to talk freely with a number of States that are very keen to identify any kind of counter-terrorism operation as an armed conflict, and therefore covered by humanitarian law. This is partially because humanitarian law makes some very serious assumptions, such as somebody identified as an enemy combatant can be detained indefinitely.

I think the legal reaction here should be twofold. First, whether or not an armed conflict exists is a question of international law; it is not something that can be manipulated by a government. We are no longer in the era of formal declarations of war – an armed conflict exists whether a government says it does or not. Second, I don't think there is anything wrong with the legal framework we have at the moment. The law of international armed conflict and the law of internal armed conflict have worked for decades with what we now call terrorism. A suicide bomber, terrible as he or she may be, is not a new phenomenon. Resistance groups in WWII were described as terrorists because it was convenient for the occupying governments at the time to say they were ... We have to deal with terrorism by applying the laws that we already have." 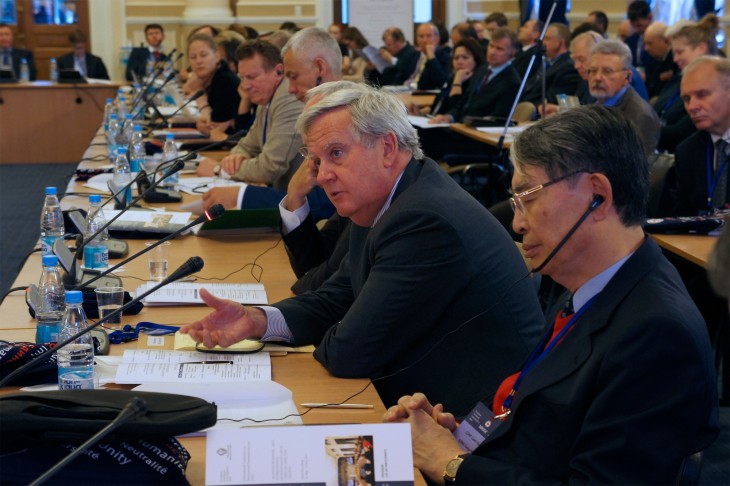 And lastly, Prof. Nils Melzer looked at the attackers themselves and how IHL covers them. Prof. Melzer is UN Special Rapporteur on Torture and Other Cruel, Inhuman or Degrading Treatment or Punishment, Human Rights Chair of the Geneva Academy of International Humanitarian Law and Human Rights.

"It's important to remember that lone wolves can also carry out terrorist attacks, even in times of peace. An individual cannot start a war, but individual fighters that are isolated from a group can still be part of the collective effort. Obviously, methods of terrorism can coincide with acts of combat, and acts of combat are regulated under IHL.

However, the way an individual attacker fits into the group may not always be very clear. IHL provides us with a helpful provision: when in doubt, assume the person is a civilian. It's a rule of protocol, but it's also a general rule as every legitimate target under IHL has to be positively identified. So if you cannot positively identify a person or an object as a legitimate target, you must automatically assume it to be civilian and therefore not a target under IHL rules. Otherwise, this would become a human rights issue.

IHL is not a "code of honour" or a guide to being "nice", "polite" or "good" in an armed conflict. It is the bare minimum we have to respect and to uphold our humanity in the chaos and destructiveness of a war zone."