Mexico: ICRC calls for adoption of law on the missing 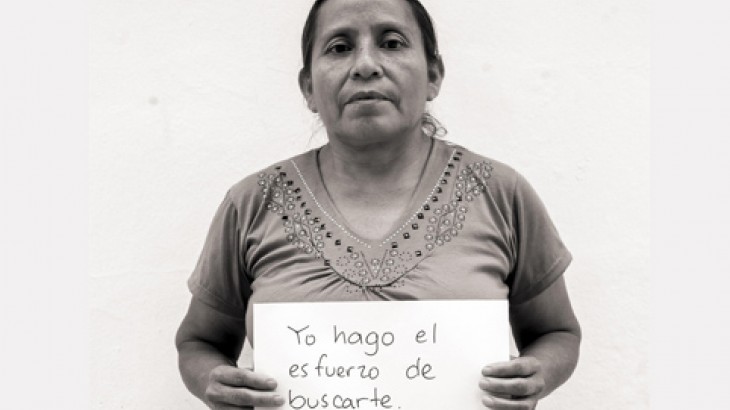 A woman from Oaxaca still holds out hope of finding her missing relative. CC BY-NC-ND /ICRC/ A. Anzures

Article by Juan Pedro Schaerer, head of the ICRC delegation for Mexico, Central America and Cuba, published in the newspapers El País and Excélsior.

I recently met a Mexican mother who had lost all trace of her son. Several years ago, he was leaving the house as normal when a group of strangers kidnapped him in broad daylight. Witnesses say that he struggled and cried out, but that no one could stop him being taken. It was reported to the police, but the case was hampered by poor procedures, a lack of evidence and patchy testimonies. The young man is still missing today.

The anguish caused by a loved one going missing touches every part of a person's life. Relatives spend years searching relentlessly, by every means possible, determined not to give in to despair. In the face of such suffering, there is no question that we need a law in place to prevent disappearances, improve tracing systems and punish the perpetrators.

Over two years ago, the Mexican government committed to adopting a law to address the consequences of disappearance and to meet the needs of both the victims and their relatives. The process began with a constitutional reform in 2015, enabling the Congress of the Union to legislate on forced disappearance and kidnapping, and to set up a national tracing system. During his visit to Mexico in April 2015, ICRC President Peter Maurer discussed this with President Enrique Peña Nieto and other senior officials. Mr Maurer was told that the adoption of the new law would be one of the government's priorities. The ICRC then put its expertise at the service of the authorities throughout the process of drafting the law.

Two years have gone by and this much anticipated legislation is still nowhere to be seen. Will we have to wait another two years before the legal framework on missing people is finally adopted?

With over 30,000 people officially reported missing, and abductions continuing to this day, relatives have taken to lobbying the authorities themselves. Their demands include effective tracing systems, urgent and impartial investigations into cases of missing people, and legal recognition of a missing person's absence. For these families, of Mexicans and migrants alike, it is crucial that the new law be adopted without delay.

In the meantime, they have taken matters into their own hands. They are joining forces to search for their loved ones themselves, at their own risk, and have already found graves full of unidentified bodies. The figures speak for themselves: according to the National Human Rights Commission, 1,548 bodies were retrieved from 855 unmarked mass graves between January 2007 and September 2016. Only 796 of those bodies have been successfully identified.

The ICRC has nevertheless seen huge steps forward in efforts to tackle the problem of disappearance. It has seen consensus and strong commitment among all those involved in laying the groundwork for a national tracing commission, for police training and for public access to government registers and databases. It has also received encouraging news of plans to compile two registers, one of missing people and another of unidentified remains.

Obviously, adopting a law does not put an end to a problem as complex as this. But it is certainly a step in the right direction and one that must be taken urgently. Once adopted, it must be fully implemented and protocols and regulations must be developed if the impact of disappearance is to be properly addressed. Sufficient budget will need to be allocated to fund the newly established services for victims and their families, to train officials and to develop the technology for tracing missing people and identifying the dead.

Only by making such bold political commitments and bolstering existing institutions will we make real headway in tackling this problem and alleviating the suffering of thousands of people.