Missing and consigned to oblivion: the tragedy of Colombia’s unmarked graves 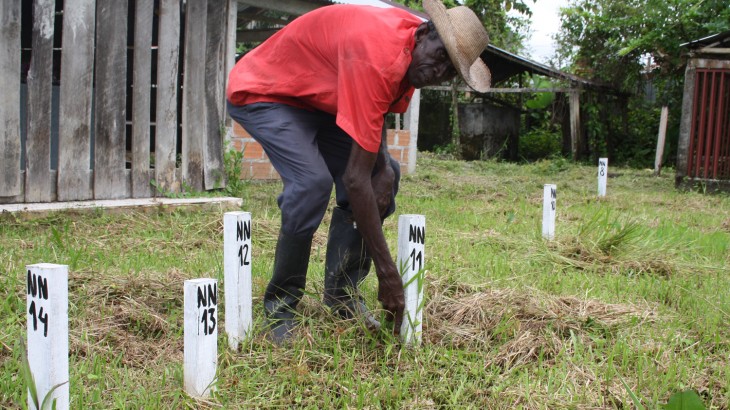 In Colombia there are registers listing some 78,000 missing persons. But we'll never know how many there really are. Many are buried in unmarked graves (bearing the letters 'NN') in hundreds of Colombia's cemeteries. Others didn't even get a proper grave and were buried with other unidentified bodies.

"This is a terrible dilemma," said Udo Krenzer, the ICRC's forensic coordinator for South America. These people went missing and now their unidentified remains are disappearing all over again because they weren't buried properly in the cemeteries. This makes it all the worse for the families, because their burials are not recorded and their remains are not treated with the dignity and respect they deserve."

In 2014, the Ministry of the Interior set up a project to search for unidentified people in cemeteries. They have covered 255 cemeteries to date, in which they found the remains of 7,600 people who were never identified or were identified but never claimed by their families. 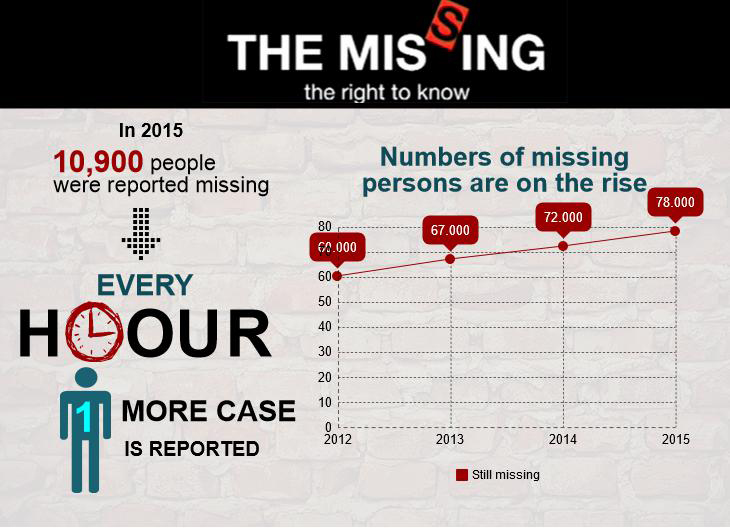 There are many challenges to establishing the identity of these people, including location, communications, logistics and lack of resources, according to Carlos Valdés, director of the national forensic institute.
On top of that, historical records for many cemeteries are patchy, contributing to the lack of reliable information about the number and exact locations of unidentified bodies. "Unfortunately, records are not meticulously kept in our country. In some cemeteries the gravedigger is the only one who knows who is buried there," explained Jenny Martínez, who oversees these matters for the human rights department at the Ministry of the Interior.

The fear that persists in many communities is another obstacle. Ginna Camacho, technical coordinator at the non-governmental organization Equitas (Colombian interdisciplinary team for forensic work and psycho-social assistance) explained that "people in the community know who the unidentified person is but they won't say because they fear they could be killed. In the workshops we run we've heard how people are buried where they're found. These become secret cemeteries; people know there are bodies buried there but they say nothing for fear of suffering the same fate."

One of the concerns of the forensic scientists and specialists working in this area is that these remains are often not treated with the same respect and dignity as those in marked graves.
The Ministry of the Interior's project found cemeteries that had been turned into rubbish dumps, where people threw their waste when the rubbish collection service broke down. "People have no respect," said Jenny Martínez. "It's very sad. The armed conflict in our country has eroded the dignity given to the dead. People are seen as things."

That's why, according to her, the biggest challenge is to bring about a cultural change so that society sees unidentified people as human beings: "In places beset by violence in the past we find that people are no longer interested in the living and, consequently, are certainly not interested in the dead. But if someone you loved had disappeared, you'd like to think that someone was looking after his or her remains."

What are we doing to address the issue of missing persons in Colombia?

Infographics on the issue of missing people in Colombia (in Spanish).