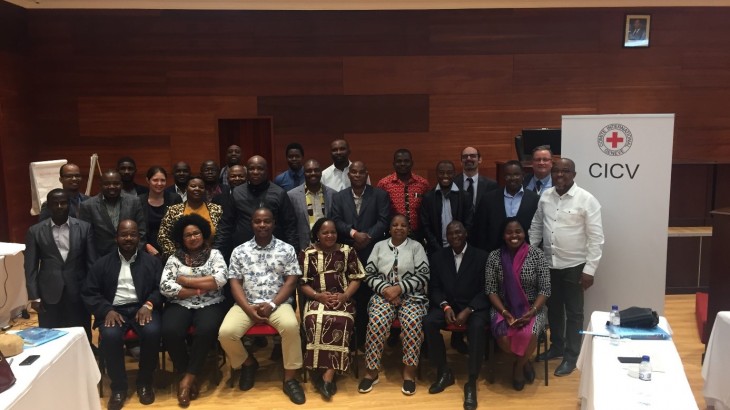 On the occasion of the 70th anniversary of the Geneva Conventions, the International Committee of the Red Cross (ICRC) mission in Mozambique convened a one day seminar with 25 members of the three commissions of the Mozambique Parliament: the Constitutional Affairs, Human Rights and Legality; the Defence, Security and Public Order; and the International Relations, Cooperation and Community.

“We discussed the critical role that parliamentarians and legal frameworks have in preventing and alleviating human suffering in situations of armed conflict or armed violence,” said Felipe Donoso, head of the ICRC mission in Mozambique.

The seminar introduced the Members of Parliament to the mission of the ICRC with a focus on its contribution to protecting and assisting people affected by armed conflict and violence in Mozambique since the 1970s. It explored the role that members of parliament have in promoting and developing international humanitarian law of which the 1949 Geneva Conventions are a key component.

The event focused on the African Union’s Convention on the Protection and Assistance of Internally Displaced Persons in Africa which was ratified by the Mozambican Parliament in 2017. The parliamentarians discussed the next steps they need to take towards making this agreement fully part of Mozambican law.