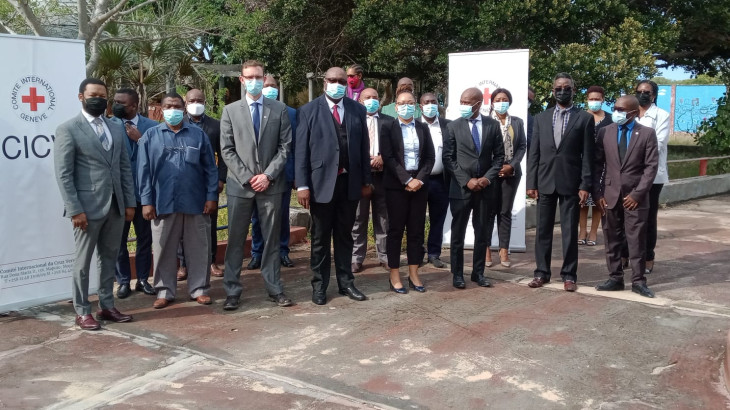 We are delighted to announce that Mozambique has taken an important step forwards in implementing and promoting international humanitarian law (IHL). The Mozambique government established the Interministerial Commission on Human Rights and International Humanitarian Law through a presidential decree on 28 April 2022. The commission is a government body dedicated to coordinating and monitoring the implementation of human rights and IHL in Mozambique through reports, statements and the drafting of recommendations.
The new commission is the culmination of years of dialogue between the ICRC and the Mozambique government. The process began back in 2006 when Mozambique started taking part in the regional annual events for southern Africa on IHL implementation, and it was further consolidated in 2017 when the ICRC opened a mission in Maputo.
The new commission is presided over by Mozambique's prime minister, with the minister of justice taking on the role of vice-president. The commission is supported by a technical commission and secretariat. The commission's work includes analysing and identifying the main international treaties for signature, ratification and/or accession by the state, identifying opportunities for training and capacity-building, implementing activities that promote human rights and IHL with the authorities and the public, and monitoring the progress of action plans on human rights and IHL issues.
We congratulate Mozambique for taking this important step in implementing IHL and meeting its obligations.