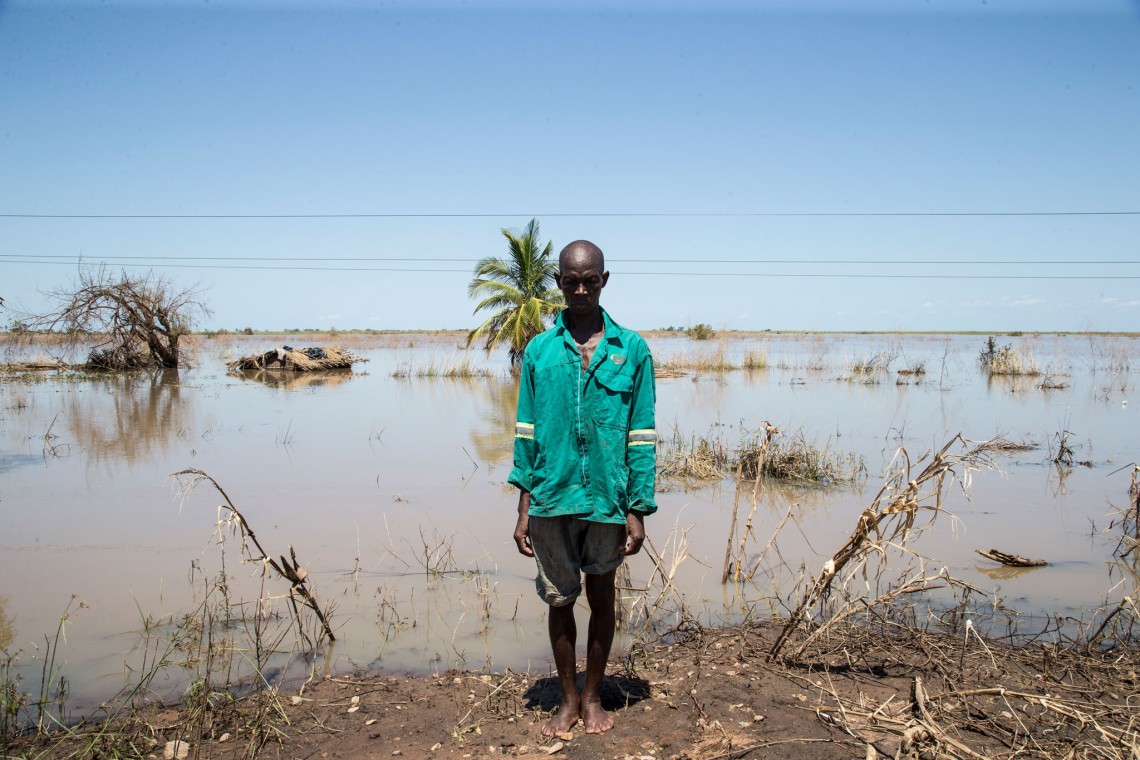 “She is buried, she is at peace”

It's been one year since Cyclone Idai made landfall in Mozambique, Zimbabwe, and Malawi. The cyclone, which affected more than three million people, was followed by a second one a month later called Cyclone Kenneth.

One of the first responders on the ground in the aftermath of the cyclones was ICRC's forensic specialist, Stephen Fonseca. The ICRC team in southern Africa recently spoke to him about what he experienced when he arrived in Mozambique. 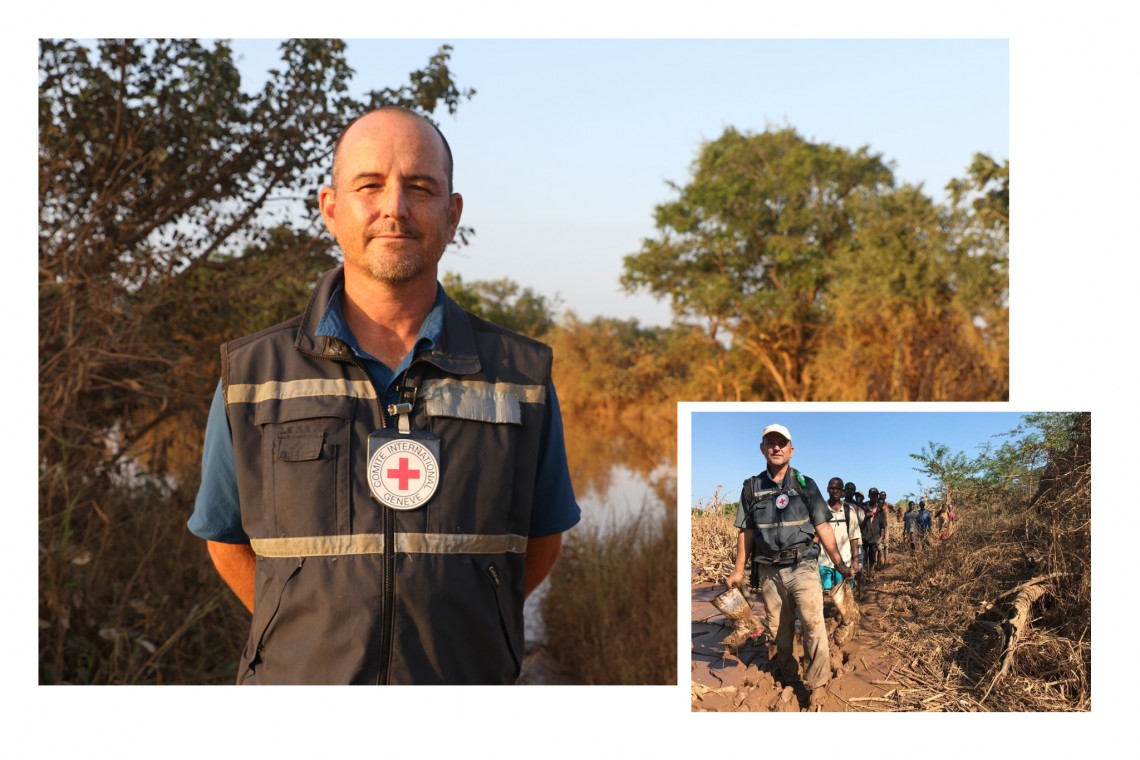 Question: What was it like on the ground after Cyclone Idai made landfall?

Stephen: It was chaos. When we arrived on the scene, we had to quickly find our position in the hierarchy of the disaster response. Flooding is always a challenge logistically because it cuts off all the roads. Getting food, medicine and all vital support mechanisms in place is difficult. And in our case, it was accessing the affected communities to start engaging in the dignified and proper management of the dead.

I cannot speak highly enough of the hospitality that the local communities showed us. The farmers accepted us, saw the relevance of our work, and in some cases went out and collected data for us. 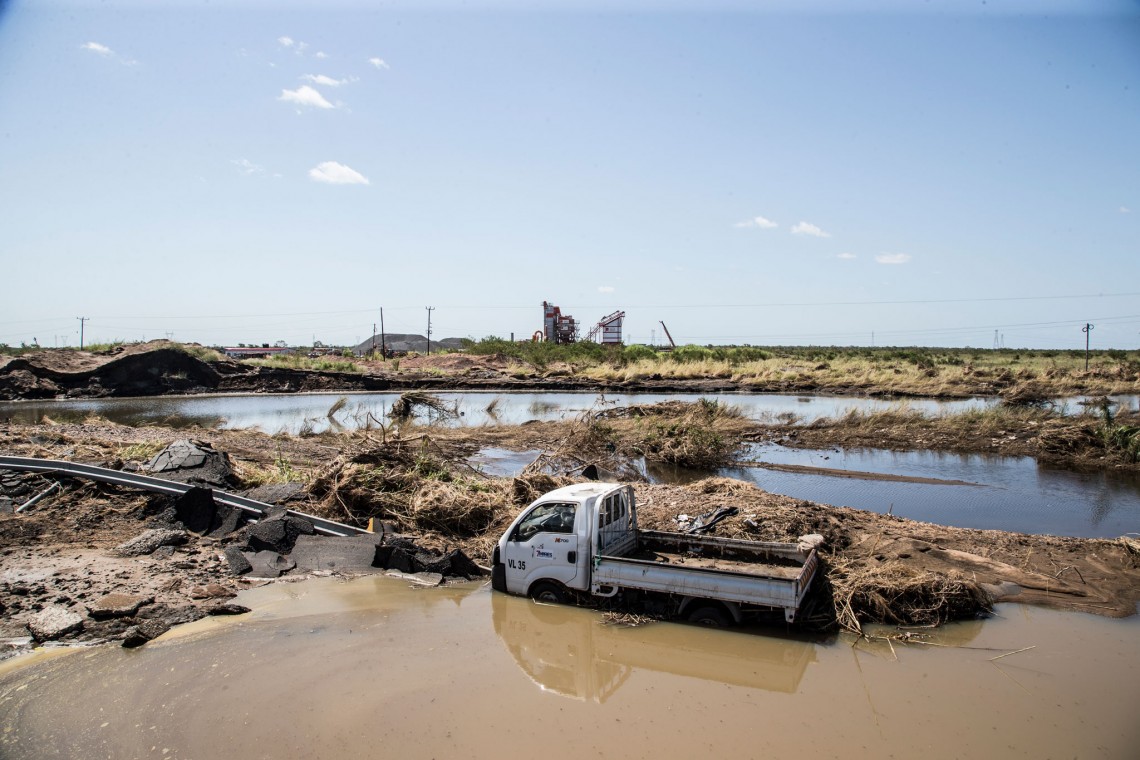 Question: What is the role of a forensic expert in natural disasters like Cyclone Idai?

We also meet community leaders and local authorities to offer guidance and support from our experience. 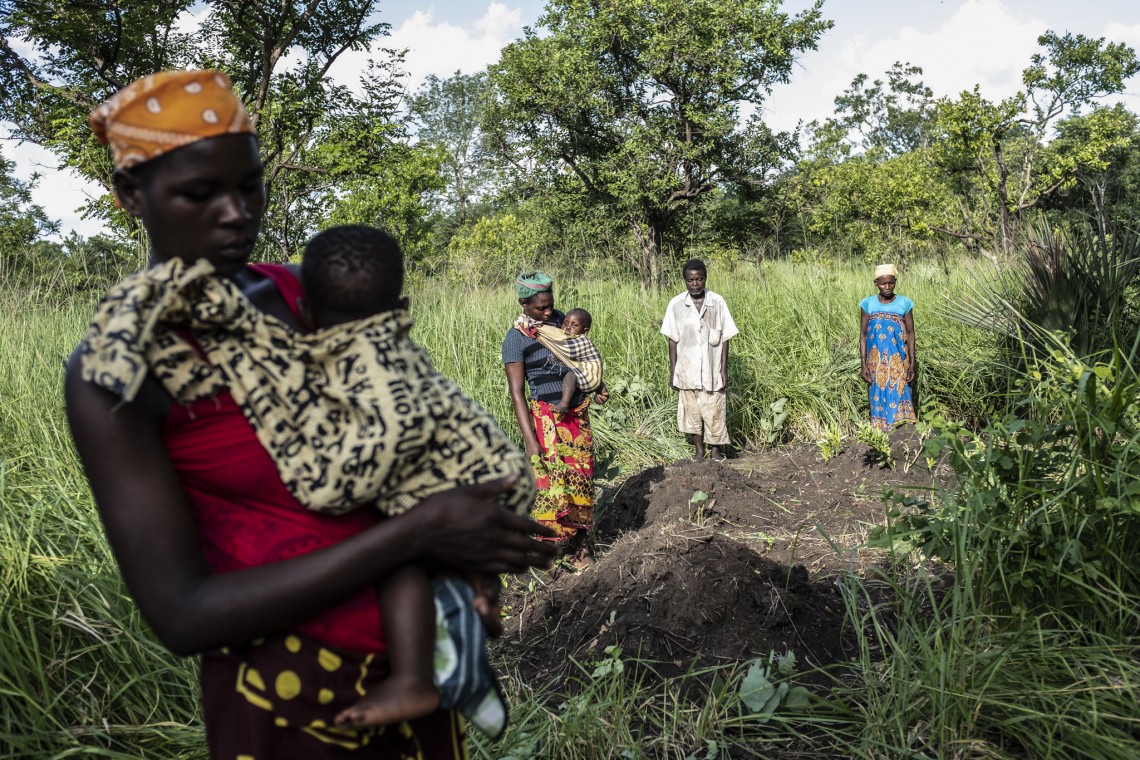 Amelia Joaquim (left), Rosita (centre left) and Fatima Mequissenne (right) pay their respects at the graves of their loved ones, a few kilometers from the village of Matarara, in Central West Mozambique. Some of the bodies of their loved were located, wrapped in body bags and properly buried at collective burial sites. Amelia lost her father, Rosita lost her three young children and her mother, and Fatima lost her daughter. Photo: Miora Rajaonary / Everyday Africa / ICRC

Question: Could you describe what a typical day was like when you were on the ground?

Stephen: Disasters come with a lot of unpredictable environmental circumstances. It's different from what you would deal with in a conflict. My day would start off by getting up early with a mindset of looking for dead bodies. We were accompanied by a national authority representative, and together we would meet community leaders before taking the long hikes in search of dead bodies.

Finding dead bodies in flooded conditions was extremely difficult because the environment was inhospitable. It was a malaria-stricken area and we had to walk many kilometres in mud which was exhausting. Walking through mud is like walking through cement, where it tries to suck off your boots and every step is collecting more mud which makes your feet heavier.

We would find dead bodies or a part of a body like a bone. Whatever we would find was important because it represented an individual, and perhaps that was all a family would get back. Then it was the recovery which was affected by how complicated the conditions were. There were areas that were infested by crocodiles, so we certainly took a lot of caution. We also saw hippo footprints and there were concerns that there were snakes.

Recoveries are difficult. And when a body is being recovered in front of family members, it must be done with incredible dignity and respect especially in cases where a body has begun to decompose and fall apart in the water. Sometimes it's not possible to recover a body. For example, if a body is in a tree and the conditions are too treacherous. There were also times when we couldn't carry the bodies back to a central place, and instead, we had to bury them and mark the locations so that their families could get some closure at the end. 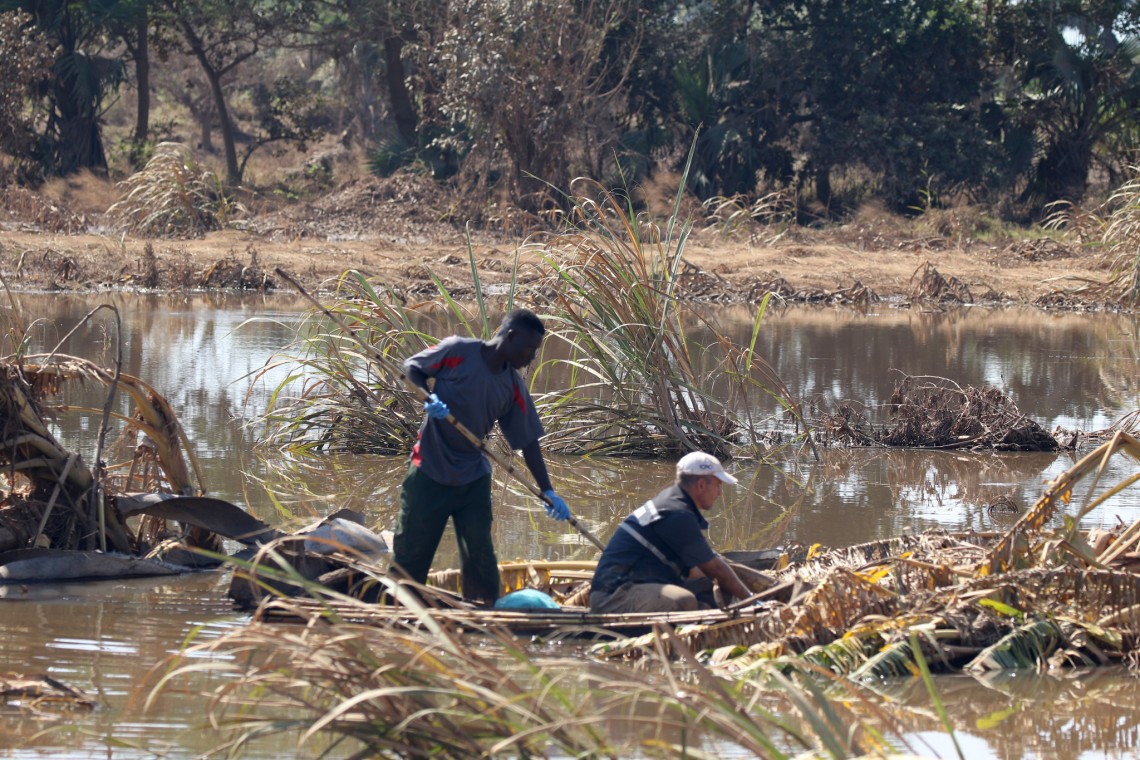 Question: Do you think forensics should be included as part of a wider disaster response?

Stephen: When we think of disasters, what is the worst thing that can happen? Death. It's the death or the disappearance of your loved one. Everything else is replaceable. As humanitarian actors, the preservation of life is always the most important aspect, but we should never lose sight of the fact that when the dust settles, families want to know where their loved ones are. And even if those individuals are dead, they have a right to know where their loved ones are.

Forensics should never be excluded because we are not distracted by the other important response elements. We fully appreciate the preservation of life, but when someone goes missing, it can take years or decades to make the connection between the body and the family. We must work quickly to ensure that the maximum amount of information is collected so that families have the best chance of one day finding that body. In many disasters, it's the loss of life and the families that are looking for their loved ones that continue well after everything else has been restored. 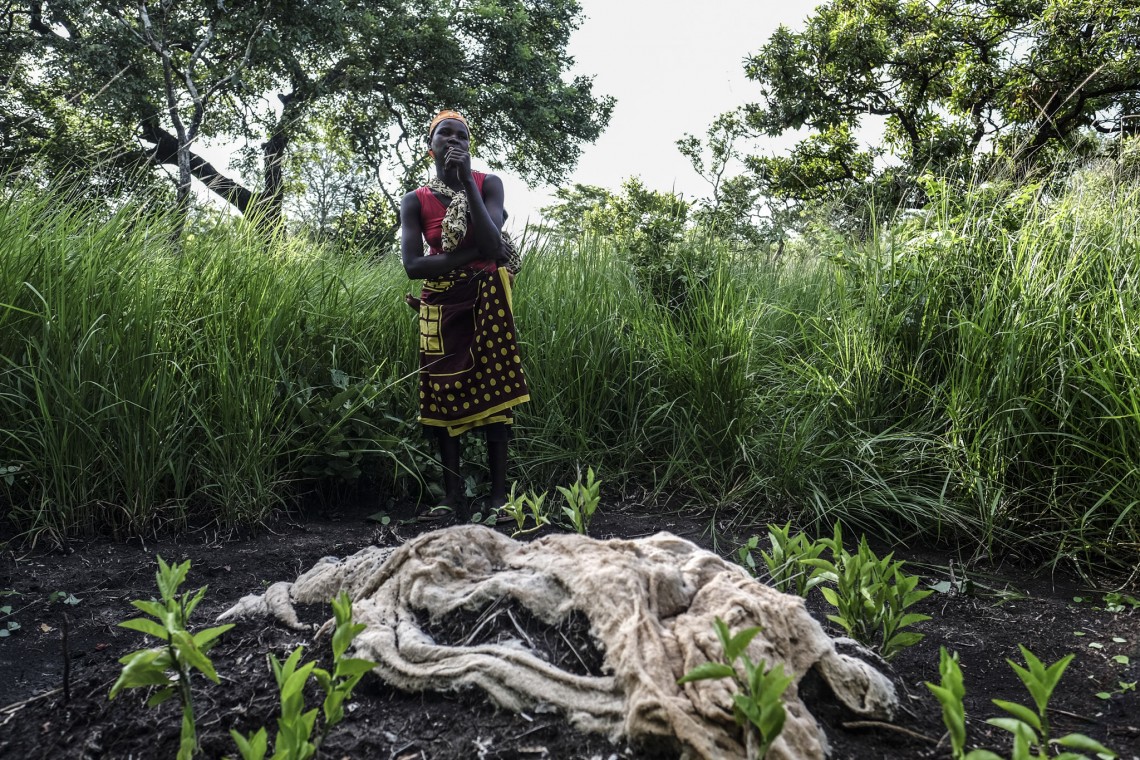 Amelia Joaquim stands in front of the grave of her father Mario who died in March 2019 when tropical Cyclone Idai made landfall in central Mozambique. Photo: Miora Rajaonary / Everyday Africa / ICRC

Question: Is there one memory from last year's tragic disaster that stood out for you?

Stephen: I think of one case in Mozambique when the community walked us along a river's edge where the banks had broken and flooded the fields and decimated the communities. The massive surge of water had risen so high that a child had been wedged 15 to 20 meters up a tree and the child's body was now suspended upside down, naked.

The community had led us there hoping we could recover the body of this child who was possibly aged somewhere between six to ten years old. Obviously, safety comes first in these situations and we didn't want to sustain any injuries or possibly death in the recovery of human remains. The river next to the tree was very deep and there were reports of crocodiles. There were also lots of snakes that had been cornered around the tree by the floodwaters.

The decision on that day was that it was too dangerous, and we had to leave the child hanging in the tree. This went against everything we stand for. We have built our careers on dignity and professionalism in our approach and being cognizant of the stress that this would cause the community who would continue to see the body of the child in that tree was truly difficult to walk away from.

Thankfully, the community reached out to us a few days later and they were prepared to take several steps to ensure that the route to the tree was more accessible. They scared away the crocodiles with canoes and despite the fear of the snakes in the bush, we were able to recover the body of the child by lowering her down with ropes. In case the body fell into the water, the people in the canoes would be able to quickly retrieve the body.

We were able to bury the body and mark her grave. For me, it was a huge relief, because I couldn't imagine leaving Mozambique and thinking that a child is still hanging in a tree and will hang there for several weeks until decomposition takes effect.

She is buried. She is at peace, and the family has somewhere to go. 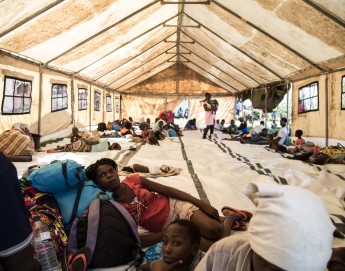 "I still look for them" 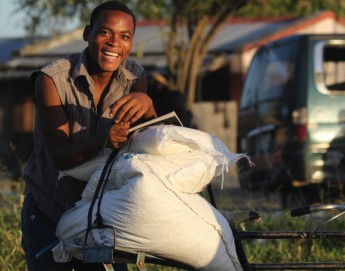