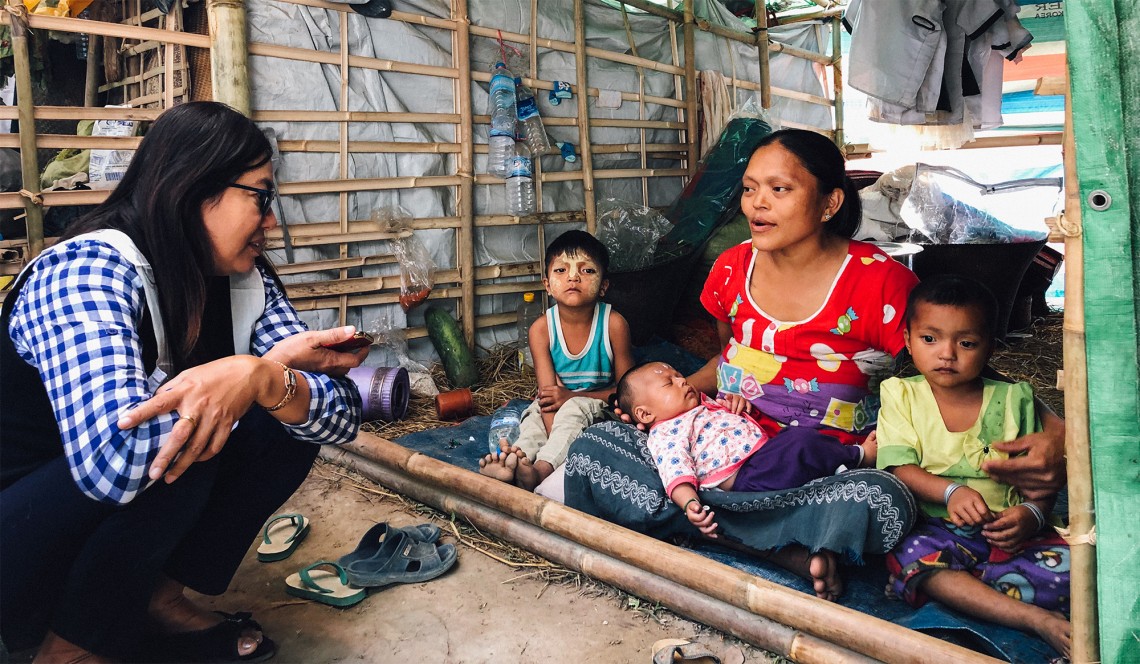 Myanmar: Concern for increasing number of displaced people in Rakhine

In December 2018, conflict escalated in Rakhine and Chin States between the Myanmar Military and the Arakan Army, disrupting civilian lives and causing more than 29,000 people to flee their homes by any means possible, including bamboo rafts and on foot from mountainous areas. The current fighting compounds an already very fragile humanitarian situation prevailing since the crisis in August 2017.

People are now taking shelter in monasteries, camps and other communal spaces or with relatives in Kyauktaw, Buthidaung, Ponnagyun, Mrauk-U, Maungdaw, Minbya and Rathedaung townships. 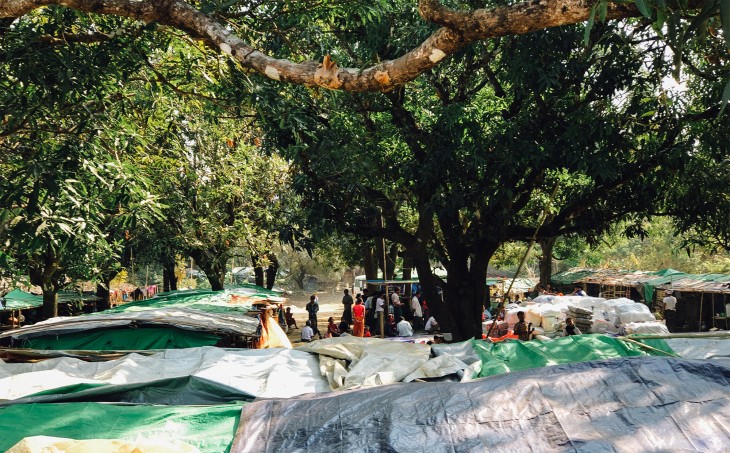 A single camp in Ponnagyun Township's Ah Htet Myat Hlay village serves as a provisional home for over 500 people. Crammed together, they live in small temporary shelters made of bamboo and tarpaulin. Families pack themselves into these spaces, sleeping on hay. On the dusty streets of the camp, one only sees children playing around, while adults gather in groups indoors.

Ma Sein Nu, who fled with her five children, is one of the many residents who had to leave everything behind.

There was no time to pack. We had to flee for our lives. We left early in the morning and travelled on a small boat for an entire day to get here. 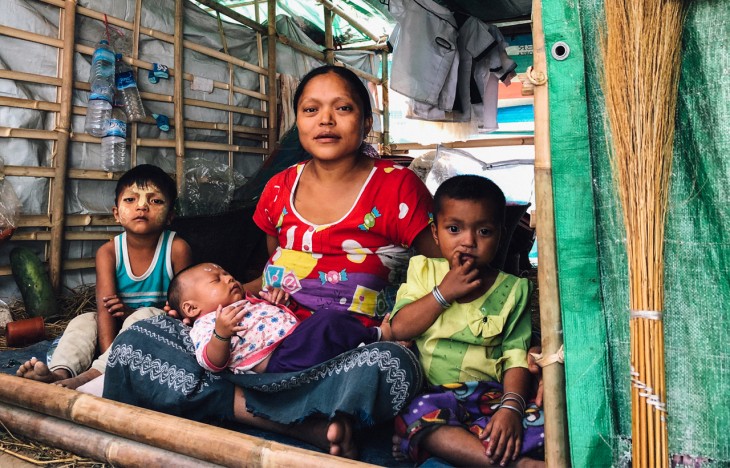 The journey to safety has been particularly difficult for children and the elderly, who are often the most vulnerable when displaced.

"I cannot hear very well. My son and daughter had to help me throughout the journey here," says 56-year-old Sein Ma Phyu, who travelled a long way to get to this camp.

As you can see, we have nothing here. Nothing. 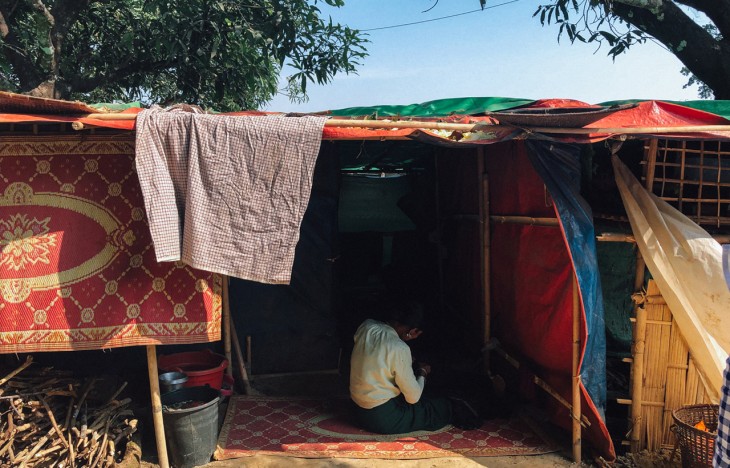 Most of the camp's current residents arrived without any of their belongings, resulting in dire conditions and a lack of basic necessities. The earliest help they received came from sympathetic host communities.

"Local community members gave us space. They shared cooking utensils and their water source with us," explains 70-year-old U Maung Kyaw, who fled his home along with his wife and two granddaughters. 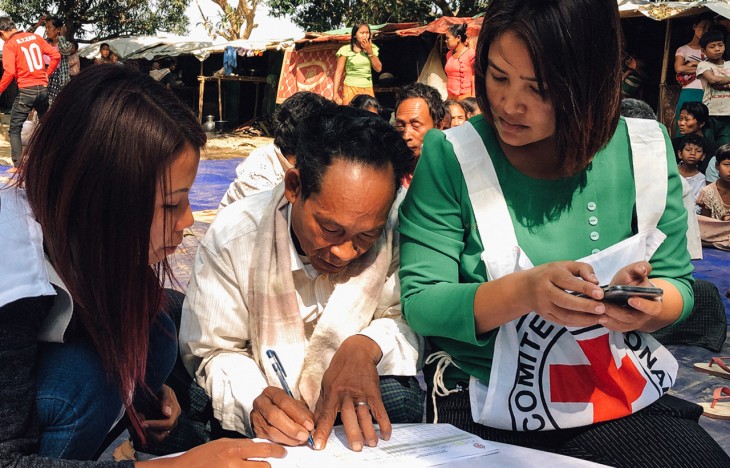 The International Committee of the Red Cross (ICRC) and the Myanmar Red Cross Society (MRCS) also provided the camp's residents with food, mats, blankets and other household items for men, women and children, shelter and latrine construction materials and technical support to access safe drinking water.

"We get some help here, but our real lives are back home. It will be difficult for us to think of this place as a long-term solution," says U Maung Kyaw, who had never travelled outside his village before the recent unrest brought him here. 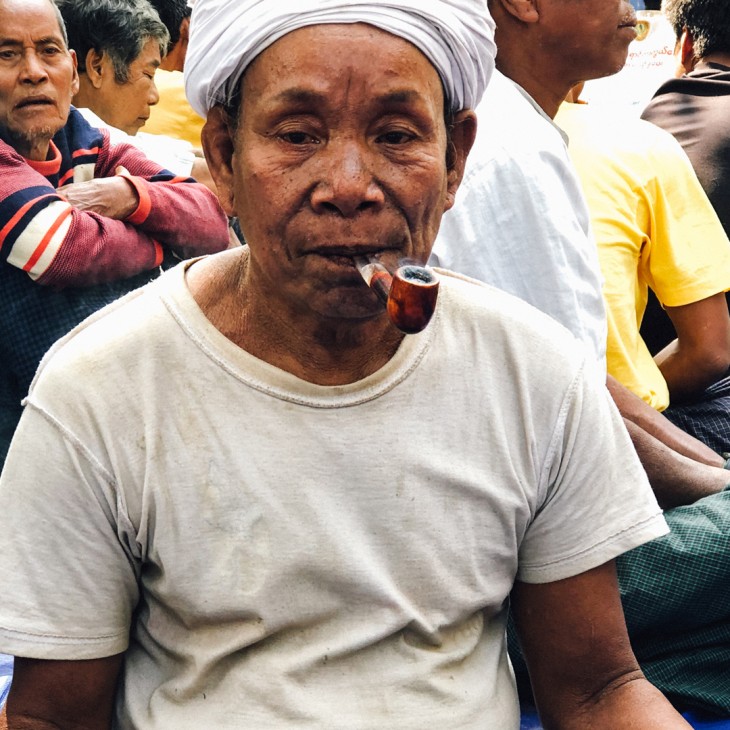 My only wish is to return home and live there peacefully.

Even as they try to settle in, families wonder when they'll be able to return to their peaceful and independent lives again.

Since December 2018, the ICRC, together with the MRCS, has visited over 30 locations in Rakhine and reached with assistance over 24,000 people from all communities, supporting them to meet their basic needs and access essential services. The ICRC is very concerned about the intensification of fighting and the increasing humanitarian consequences for all communities. The ICRC continues to monitor the impact of conflict on the civilian population, find ways to reduce the risks to which they are exposed and reconnect families that have been separated.