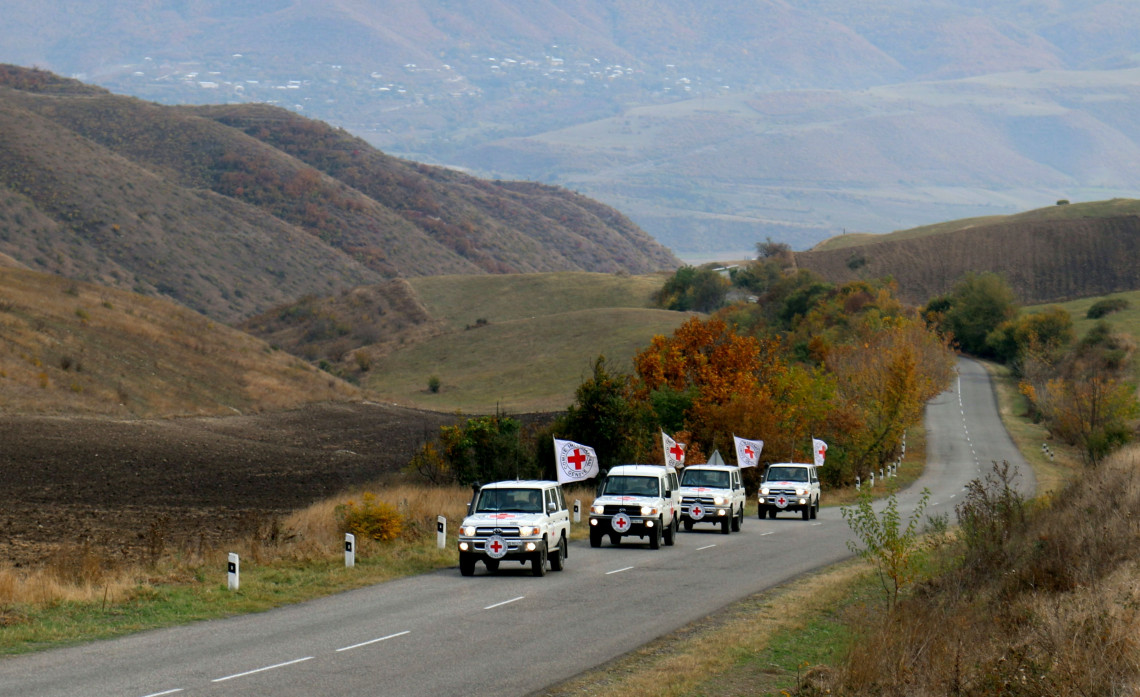 Geneva (ICRC) – The International Committee of the Red Cross (ICRC) welcomes the agreement on the humanitarian ceasefire of the escalating Nagorno-Karabakh conflict and stands ready, in its role as a neutral intermediary, to facilitate the handover of bodies of those killed in action and the simultaneous release of detainees.
News release 10 October 2020

“The ICRC has a long-standing history as a neutral intermediary in conflicts around the world, and it is our hope that this operation can move forward quickly so the remains of those killed in action can be returned to their loves ones and mourned with dignity,” said Martin Schüepp, ICRC Eurasia Regional Director in Geneva. “We are also here to facilitate the release of detainees for the sides of the conflict so that they can be reunited with their families.”

As the conflict escalated in late September, the ICRC offered its services to respond to the humanitarian needs and to act as a neutral intermediary between the sides. It is not involved in political negotiations.

Under international humanitarian law, the law that governs armed conflict, parties to conflict have an obligation to collect and evacuate the dead without distinction of which side they fought for. The ICRC is available to offer technical advice to the sides so that the dead are identified in accordance with international humanitarian law, and then facilitate the return of bodies.

“We are in regular discussions with the sides and expressed our readiness to engage in further discussions on the nature of the involvement of the ICRC to support the return of detainees and human remains, including the logistics and security guarantees for our teams,” said Schüepp. “It is also our hope that this agreement translates into meaningful relief for families after weeks of intense fighting.”

Following the earlier deadly escalation of this conflict along the line of contact in April 2016, the ICRC supported the sides in carrying out similar operations. At that time, thanks to the coordinated efforts, it was possible to handover all the deceased to their families and thus avoid adding new names on the already existing list of more than 4,500 people still unaccounted for since the conflict started in 1992. Since it started working in connection with the Nagorno-Karabakh conflict in 1992, the organization has repeatedly helped authorities with such operations.