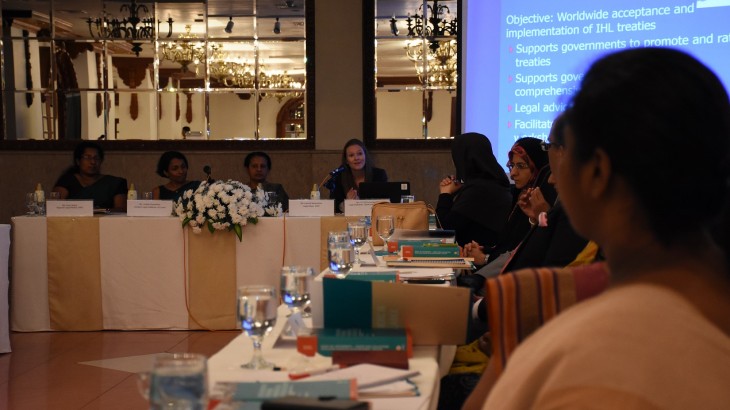 The 2nd Regional Legislative Drafting Workshop on International Humanitarian Law (IHL) was held in Colombo, Sri Lanka on 4-5 October 2016. The Colombo Delegation of the International Committee of the Red Cross (ICRC) partnered with the Legal Draftsman's Department of Sri Lanka for the second consecutive time in organizing this event. The first of such regional drafting workshops was held in 2014, also in Colombo.

Head of Delegation of ICRC Colombo, Ms. Claire Meytraud, in her welcome address reminded the participants that, in order to prevent violations of IHL norms, States are invited to contribute to the universal ratification of all IHL treaties and to secure their full and extensive implementation at the national level, through the adoption of relevant legislation and other administrative and practical measures, as well as dissemination to the Armed Forces. She further stressed that according to Common Article 1 of the Geneva Conventions (1949), States have an obligation to "respect and ensure respect" for IHL under all circumstances – whether prior to, during or in the aftermath of armed conflict. The overall objective of the workshop therefore was to assist States within the region in their effort to fulfill these obligations while also working together towards the heightened recognition of, and respect for IHL in the region and beyond. 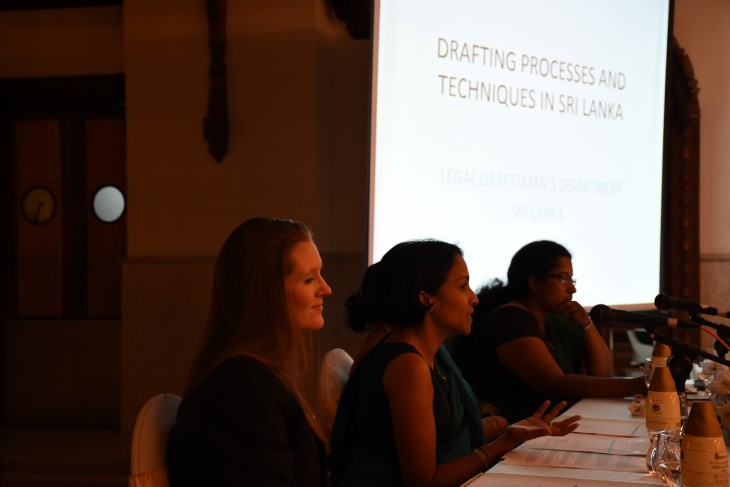 Providing her opening remarks, the Legal Draftsman of Sri Lanka, Mrs. D Kumarajeewa, noted that the mandate of the Legal Draftsman is to provide a solid and versatile legal structure in the form of a composite draft by which policy is transformed into a perfect implementing tool. Therefore, in addition to the expertise and skills in drafting, a legal draftsman should possess a thorough knowledge in the particular field or subject on which (s)he is drafting a piece of legislation.

During the sessions, the Legal Draftsman's Department of Sri Lanka generously shared their expertise in drafting techniques and provided a comprehensive picture of the process through which a general policy of a particular government or a ministry becomes a full-fledged legislation. All participants were invited to share their experiences and challenges in this respect, while noting that the workshop operated under the Chatham House rules. 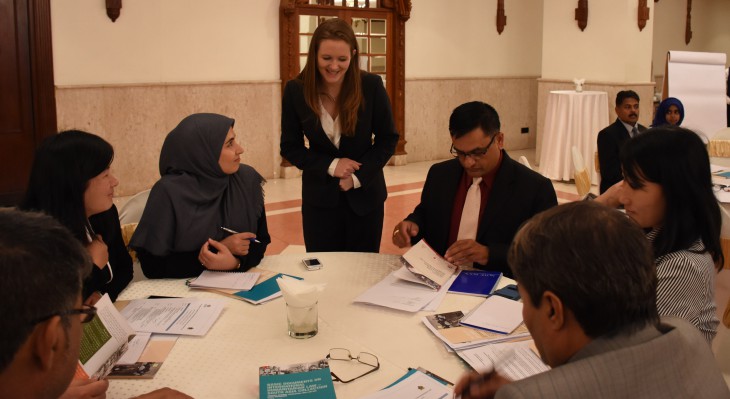 The first day of the workshop focused on incorporating the Geneva Conventions into domestic law. The diversity of context specific experience in drafting enabling legislation, facilitated an interesting exchange of ideas among States in order to find feasible methods in which political will can be generated towards importing the principles enshrined in the Geneva Conventions to domestic law.

On the second and final day, there was an in depth study of the Biological Weapons Convention (BWC). Ms. Kelisiana Thynne, Regional Legal Adviser to the Asia Pacific Region provided an introduction to the BWC and the ICRC - Vertec model law and Dr. Neil Davison, the scientific and policy adviser at the ICRC legal division in Geneva, outlined the practical aspects relating to the implementation of BWC. The discussion was further enriched by the contributions of resource persons who shared their experiences in implementing the BWC in Pakistan, the Cook Islands, Malawi and Zimbabwe.

While some participating countries in the region belonged to the Common Law tradition and some others followed a Civil Law system, the participants were soon able to find common ground in the challenges they face in the task of incorporating IHL into their respective domestic legal systems. Over the course of two days the participants of the workshop shared best practices and challenges. A lively discussion ensued on the pros and cons of incorporating IHL obligations in the form of amendments to pre-existing legislation as opposed to passing new legislation with specific reference to the relevant IHL treaty. Participants also raised the difficult task of translating IHL treaties into local languages, and it was suggested that annexing the original treaty as a Schedule to the principal enactment, subject to the requirements of the legislative process of each country, may act as a solution to having to translate extensive treaty provisions often comprising technical language, into national languages. 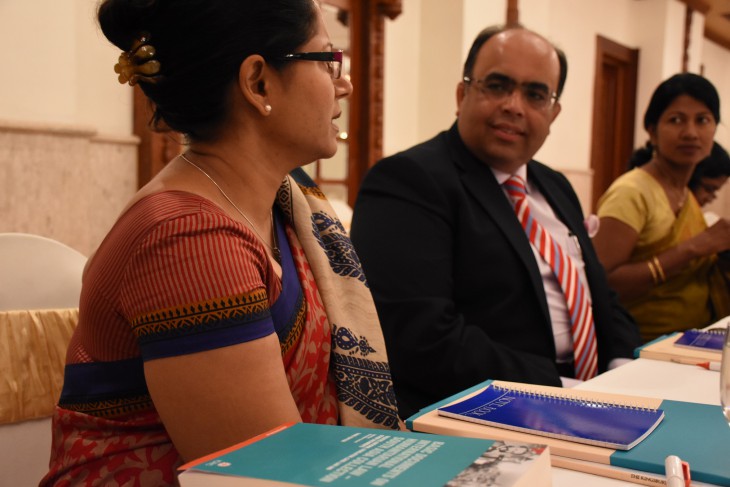 One of the underlying themes of the workshop was the transversal nature of the process of domestic incorporation of international treaties. It was soon recognized that this was a task which demanded efficient coordination among various departments and ministries within the State machinery. Each State shared its best practices in tackling this challenge. In this vein, the role of National IHL Committees in streamlining IHL related activities and its scope to facilitate efficient coordination among various branches of the government was emphasized.

Kirsty Welch, the Regional Legal Adviser for South Asia and Iran, informed the gathering about the various tools and other forms of support provided by the ICRC at different phases of the legislative process. The participants appreciated the tools developed by ICRC in order to assist States in drafting enabling legislation and welcomed further assistance from the ICRC for the legal drafting processes in each country, in order to ensure the incorporation of IHL obligations into domestic law.