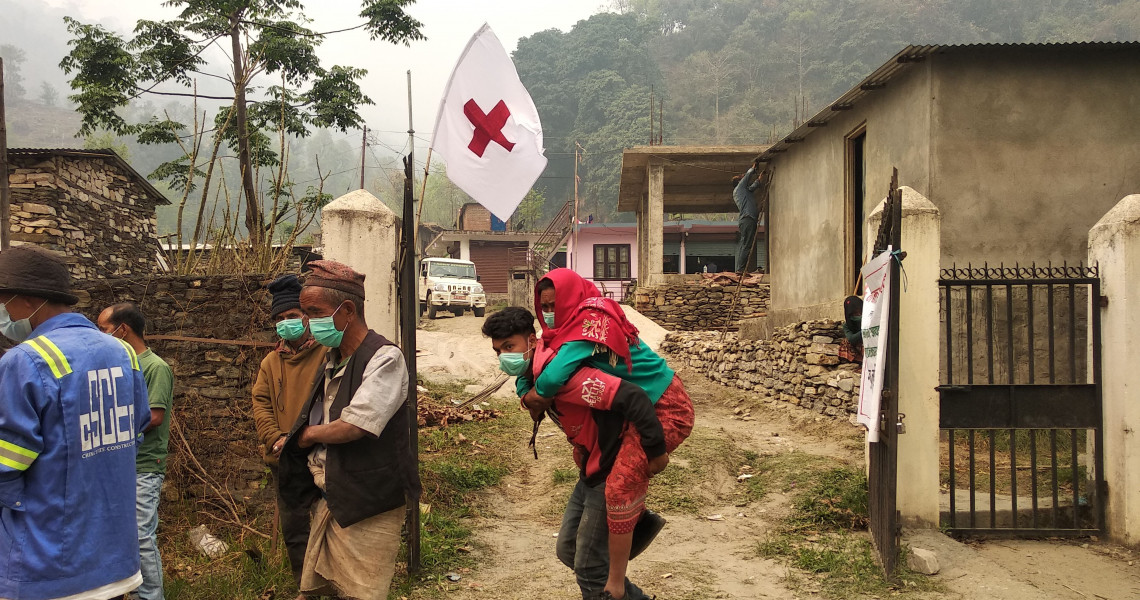 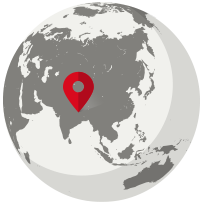 Kathmandu: The Nepal Red Cross Society (NRCS) recently organized disability screening camps in the remote areas of two districts in mid-western Nepal – Lamjung and Tanahun. The camps ran over five days and were organized by the NRCS under "Empowered Person with Disability in an Inclusive Community (EPIC)" Programme funded by the Danish Red Cross and the Hong Kong Red Cross.

In Lamjung, the camp was organized from 25 to 27 March in Dordi Rural Municipality, covering all nine wards (smaller administrative units within the rural municipality). Due to the hilly terrain and poor road connectivity, the NRCS Lamjung district chapter identified three different spots for the camp on three separate days. While the first day was targeted at the residents of wards 1 and 2, people from wards 3, 4 and 5 visited the camp on the second day. The third day was for people living in wards 6 to 9. The district chapter confirmed that 347 people (178 female, 169 male) were screened over the three days.

Om Bahadur Gurung, the chairperson of Dordi rural municipality, ensured a smooth coordination between his office and the National Society in order to meet the common objectives. "I was also involved in the planning phase of these camps because I knew the value these could bring to the people. We are serving people with disabilities for whom travelling far could a daunting task."

12 years old Prativa Adhikari, Lamjung, who was born with a right below elbow amputation looked happy after returning from the consultation with the Prosthetist & Orthotist. "Although they said that the 'artificial hand' I would wear wouldn't be functional, I am happy to know that at least I would have a hand to show". Visiting the camp with her grandfather, Prativa, however, would have to wait for a year or two before she gets a new hand as the expert said that since she is still growing it would be better to wait for some time so that she wouldn't outgrow her 'new hand' sooner. 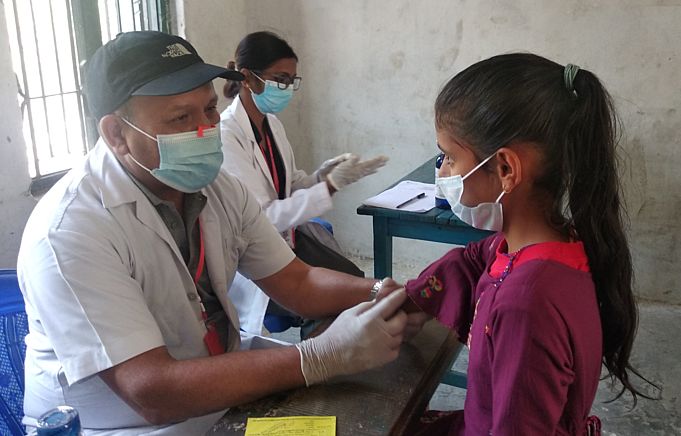 Prativa Adhikari being assessed by the Prosthetist & Orthotist of Green Pasture Hospital during a camp in Lamjung. B. Kafle/ICRC

"As per our survey, there are 601 people with disabilities in this rural municipality – which is high when you compare the size and population with similar administrative divisions in the district. This is the primary reason behind organizing the camps here," said Ganesh Gauli, programme officer of the NRCH Lamjung DC. He added that the programme aimed to empower people with disabilities by helping them generate a livelihood.

In Tanahun district, the camp was organized from 29 to 30 March at a primary health centre in Bhirkot-4 of Rishing rural municipality. As many as 321 locals (182 male and 139 female) residing in all eight wards of Rishing visited the camp over the two days, as per NRCS Tanahun. People who were 50 years or older accounted for 58 per cent of the total visitors. 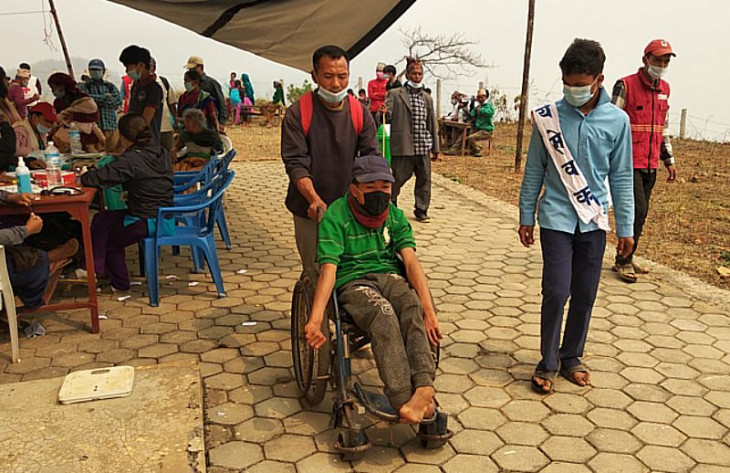 Manab Chand, one of the very few wheelchair users that visited the camps over the course of five days, is brought to the disability screening camp in Tanahun by his father. B. Kafle/ICRC

Pramod Adhikari, who works as a programme supervisor for the EPIC Programme in Tanahun district, said in addition to identifying the cause and type of disability and ways to make daily life easier, they also wanted to help those who are yet to receive a disability identity card from the rural municipality by facilitating the process.

The ICRC provided technical advice and assistance to the NRCS to plan and implement the camps. It also developed a prescription form used for screening disabilities.

"From the start, the ICRC has tried to add more value to the screening process by identifying mechanisms to support as many people with disabilities who may need further support to access medical and rehabilitation services after the camps," said Samridhi Rana Thapa, a disability inclusion adviser at ICRC Kathmandu. Thapa assisted the NRCS in identifying a suitable medical and rehabilitation team for the disability camps and was present at the camps all five days.