Working together to strengthen humanitarian response 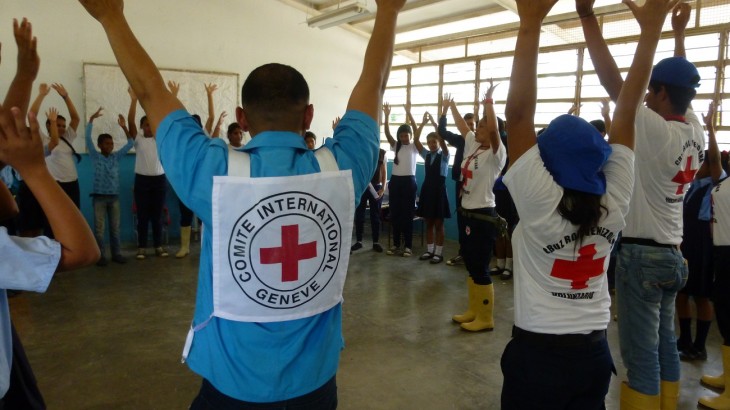 The Venezuelan Red Cross and the ICRC work with communities in the border state of Apure to promote health, including through water and sanitation activities. CC BY-NC-ND / ICRC/ A. Tombet

An idea born in Switzerland over 150 years ago today brings more than 17 million people worldwide together for a single, powerful cause: to help those affected by disasters, epidemics, armed conflict and violence. Our founder, Henry Dunant, initially created the ICRC in Switzerland in 1863 to offer neutral and independent assistance and protection to the victims of war. The ICRC later expanded its scope of action to include situations of violence other than armed conflicts.

Other countries gradually began to follow suit, establishing their own Red Cross or Red Crescent (to avoid religious misunderstandings in Muslim countries), which are also known as National Red Cross and Red Crescent Societies. These National Societies are relief organizations that come to people's aid in emergencies. There were already 42 National Societies by the First World War (1914–1918). Today there are 190. In 1919, they established a federation to help them coordinate their efforts for the most vulnerable people.

Thus, the International Red Cross and Red Crescent Movement, the largest humanitarian network in the world today, was formed. It consists of three components:

The four Geneva Conventions, as they are known today, were adopted in 1949. They form the basis of international humanitarian law, or the law of war, which seeks to limit the effects of armed conflict, protect people who are not or are no longer participating in hostilities and restrict the means and methods of warfare.

Three Protocols additional to the Geneva Conventions were later adopted. They broadened the rules on the protection of civilians and the rules of non-international armed conflicts and approved the use of a third emblem: the red crystal.

In addition to the Geneva Conventions, the Movement adopted the seven Fundamental Principles on which its action is based:

The three components of the Movement in Venezuela have specific tasks but work together. Like members of a family, they sometimes rely on each other to become stronger or to improve their humanitarian response. 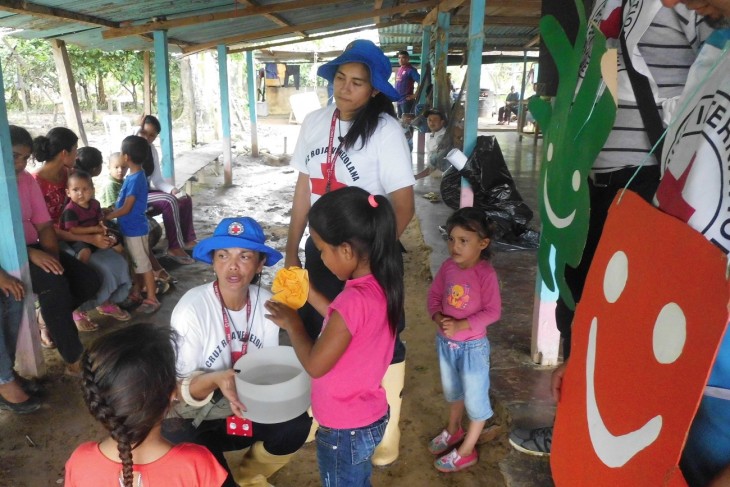 The Venezuelan Red Cross and the ICRC work with communities in the border state of Apure to promote health, including through water and sanitation activities. CC BY-NC-ND / ICRC / Cruz Roja Venezolana

The ICRC: In Venezuela since the 1970s

The ICRC's main headquarters is in Geneva, Switzerland. It has more than 80 offices and 14,500 employees worldwide. The ICRC has been working in Venezuela and the Caribbean Community countries since the 1970s. Its regional delegation has had a permanent base in Caracas since 2000, when the ICRC signed a formal agreement on its presence and activities in the country with the Venezuelan government.

The ICRC in Venezuela supports and works with the Venezuelan Red Cross to boost its emergency response capacity, for example, first-aid activities. It also collaborates with the Red Cross health brigades working along the border with Colombia.

The ICRC provides and supports surgical training for health workers in gunshot wound management and has held workshops around the country with civilian and military medics. It raises awareness of the importance of safeguarding health services and Red Cross workers and upholding the protection afforded by the red cross emblem. It also promotes international humanitarian law, international standards on the use of force and universal humanitarian principles among the national armed forces and security forces.

At grass-roots level, the ICRC works with communities particularly affected by violence to help them reduce their vulnerability, through workshops on first aid and behavioural safety, i.e. ways to protect themselves in the event of armed clashes and other risks.

More than 120 years of the Venezuelan Red Cross

Founded in Caracas on 30 January 1895, the Venezuelan Red Cross is now present in most of the country and has eight hospitals and 23 outpatient clinics. It is made up of volunteers and staff who offer a wide range of services, from emergency relief in natural disasters, community first-aid training and restoring family links, to health-related educational days and psychosocial support.

The Venezuelan Red Cross also acts as an auxiliary to the public authorities in humanitarian work, according to its mission and capacities. Its extensive knowledge, nationwide presence, experience and access to communities allow it to work completely independently to provide appropriate aid where it is needed.

The International Federation of Red Cross and Red Crescent Societies: Shoulder to shoulder with the National Societies

The Federation works with the National Societies to provide aid in natural disasters in any part of the world. It combines its emergency-relief operations with disaster-preparation programmes, health and aid activities, and the promotion of humanitarian values.

The Federation also supports risk-reduction programmes and efforts to tackle the spread of diseases such as HIV/AIDS, tuberculosis, Zika, bird flu and malaria, as well as other epidemics worldwide.

Within the Movement, the Federation has a responsibility to promote the local development of National Societies. It therefore works with the Venezuelan Red Cross to improve its humanitarian response by strengthening its structure and training its volunteers and staff.