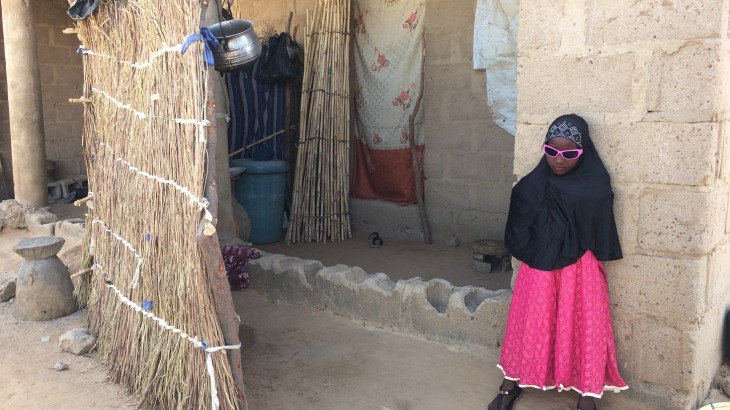 Ameena was separated from her family two years ago when violence descended on the town of Damaturu in Nigeria. CC BY-NC-ND / ICRC / Hicham Rizkallah

After a sleepless night because of the rumours that the fighting was getting nearer the town of Damaturu, Aisha is plaiting the hair of her first client of the day. But it's not long before the sound of bombs becomes louder. The gunfire is also getting closer. Eventually it gets too close and it's time for Aisha and the other residents of Bukka Bukway (seven huts) street, to flee for their lives.

But just as Aisha is about to set off, she spots a small movement in the corner of her eye. It's Ameena, the neighbours' four year-old daughter. Aisha quickly looks around for the little girl's parents. But they're not there.

With fighting raging very close, Aisha cannot leave the girl behind, alone. She grabs little Ameena, wraps her around her waist and boards a bus. It takes them to where Aisha's husband is staying, in Bajoga, Gombe state.

Meanwhile, Ameena's parents, Amadou and Hansatu, are desperately searching their house for their daughter. She had left earlier that day to play with her friends. Now her parents are faced with one of the hardest decisions in their lives: fleeing Bukka Bukway with only three of their four children. With their three children on their backs, and without Ameena, they leave. After several kilometers they find a car and someone who is willing to take them to safety.

Fast forward two years: January 18th, 2017. Aisha is having another sleepless night. This time she is twisting and turning because tomorrow little Ameena, who is now six, will be returned to her family. During their stay in Gombe, Aisha opened a tracing request for Ameena's family with the Red Cross. After 780 days of separation, the Red Cross tracing team has located the child's biological parents. It turned out that they were living just two hours away from Damaturu. Ameena is about to be reunited with her parents - and Aisha is to lose her adoptive daughter. 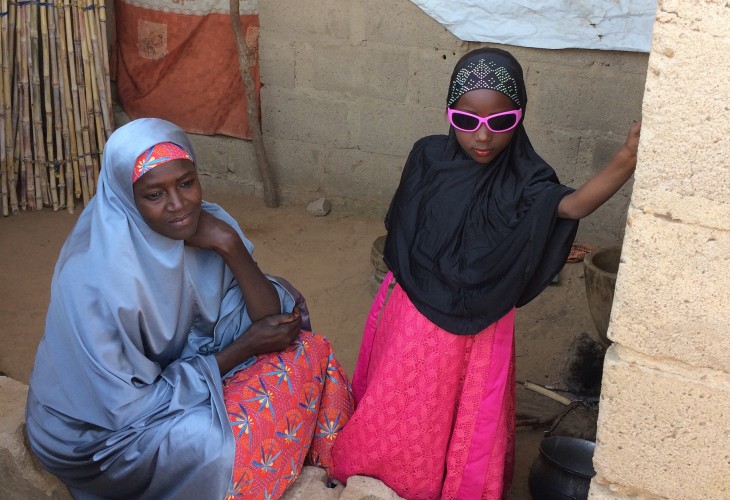 Aisha and Ameena waiting for the ICRC vehicle that will reunite Ameena with her family after two years of separation. CC BY-NC-ND / ICRC / Hicham Rizkallah

By the time the Red Cross car arrives, Ameena is ready, having patiently waited by the door in her pink dress and matching sunglasses since the early hours of the day.

Aisha is saddened by the idea of Ameena leaving but, when the Red Cross tracing team invite her to join them on the trip, she is relieved and happy.

After more than two hours of bumpy desert road they reach the family's house at Koriyel village in Yobe state. On seeing Ameena get out of the car, her father rushes over to greet her. Both mothers – biological and adoptive – break into tears as Ameena's siblings gather around her in excitement glad to see their dear sister again after two years of painful separation. 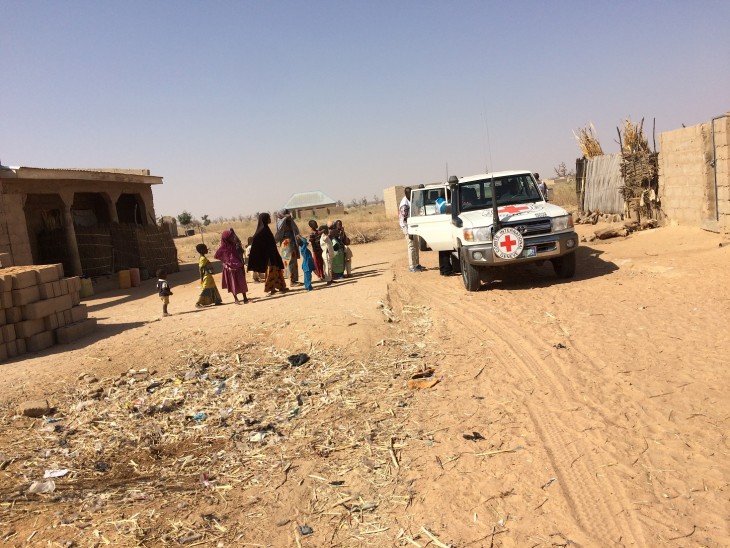 Friends gather around the ICRC vehicle to say goodbye to Ameena as she prepares to travel to meet her family. CC BY-NC-ND / ICRC / Hicham Rizkallah

When the time comes for Aisha to go back home, Ameena starts to cry. However, once the car has disappeared out of sight, she turns to face her new life: sleeping once again at home with her siblings and going with them to the primary school in the village.

Aisha does not have such distractions. The hardest part of the whole trip back is when the car begins to pull away, leaving Ameena behind. She can't stop crying, all the way back to Damaturu. 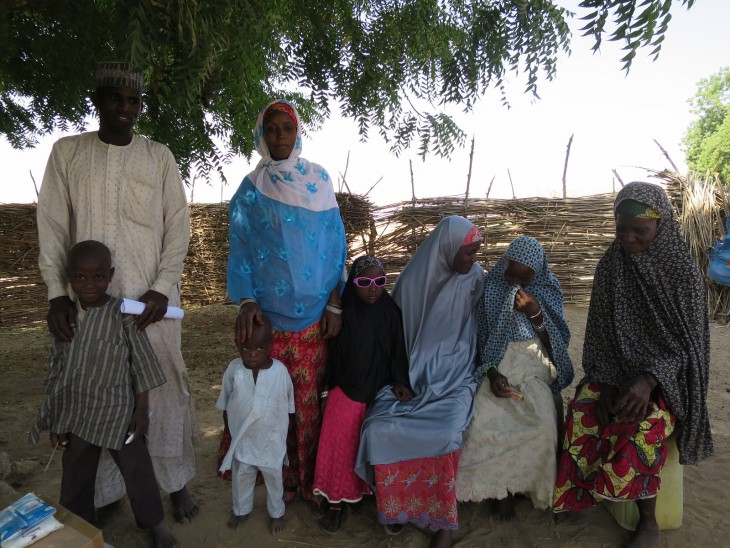 Ameena sits next to her adopted mother and the rest of her family after two years of separation. CC BY-NC-ND / ICRC / Hicham Rizkallah

Ameena is very lucky to have been able to return to her family. Since 2014, the ICRC and the National Red Cross societies in the Lake Chad Region (Nigeria, Niger, Chad, Cameroon) have registered 1,214 children as 'unaccompanied' or 'separated' due to the conflict in the northeast of Nigeria. Some of them are like Ameena, living a relatively short distance from their parents but just not aware.

The ICRC and NRCS continue to work tirelessly all over Nigeria to identify, trace and reunite children who have been separated from their families due to the conflict in the country.