On April 24, 2021, Ajimaka village was attacked, leading to the loss of several lives, destruction and displacement of survivors.

For Ajimaka, a farming community located in Doma Local Government Area of Nasarawa State, North-central Nigeria, April is usually the beginning of a new farming season. But as the rainy season of that year wetted and nurtured the fertile soil around Nasarawa State, Ajimaka's people found themselves unable to take advantage of the planting season.

Due to the attack, many people in the village and neighbouring villages fled to seek refuge in other communities around including Doma and Rukubi where they had limited or no access to their farmlands. Others lost their property including their seeds and farming equipment that are essential to farming.

Hon. Joseph Koko, a community leader of Ajimaka, speaks on the suffering his people have faced since the April 2021 attack. ©SodiqAlabi/ICRC

While speaking to the team of the International Committee of the Red Cross (ICRC), almost a year after the attack, Hon. Joseph Koko recalled the impact of the attack with profound sadness. Besides the death and destruction of houses and property, the inability of his people to farm brought them face to face with hunger.

"Many who used to grow more than enough food for their families and to sell started looking desperately for means of feeding their families. Many resorted to going to the bush to cut down trees for sale. Some of us had to withdraw our children from school so that we could save the school fees to feed the family. It was a difficult thing to do but we had to prioritise," Koko added. 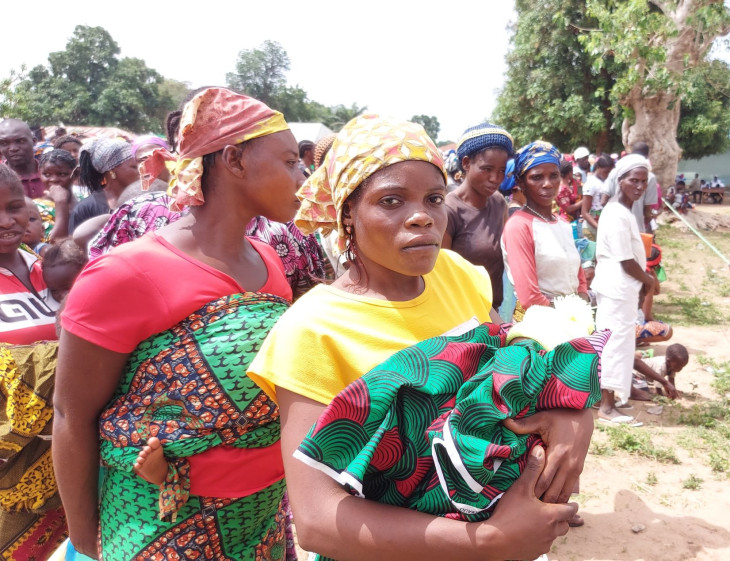 Evelyn with her five-month-old baby at the distribution centre in Rukubi, Nasarawa State. Food insecurity can be particularly harsh on young children who are at the most important stage of their development. ©SodiqAlabi/ICRC

The story of Ajimaka village is sadly not a unique story in the North-Central of Nigeria, a region that has been gripped by a wave of farmer-herder conflict over the past few years. Across the region, hundreds have been killed while tens of thousands have been displaced.

The region, from Benue to Nasarawa, from Kogi to Plateau, is considered a major centre for food production in Nigeria. Many of the communities responsible for the farm produce millions rely on across the country and beyond are finding it difficult to farm due to the crisis. With the inflation rate at over 15% for the last three years, many people are struggling to survive. 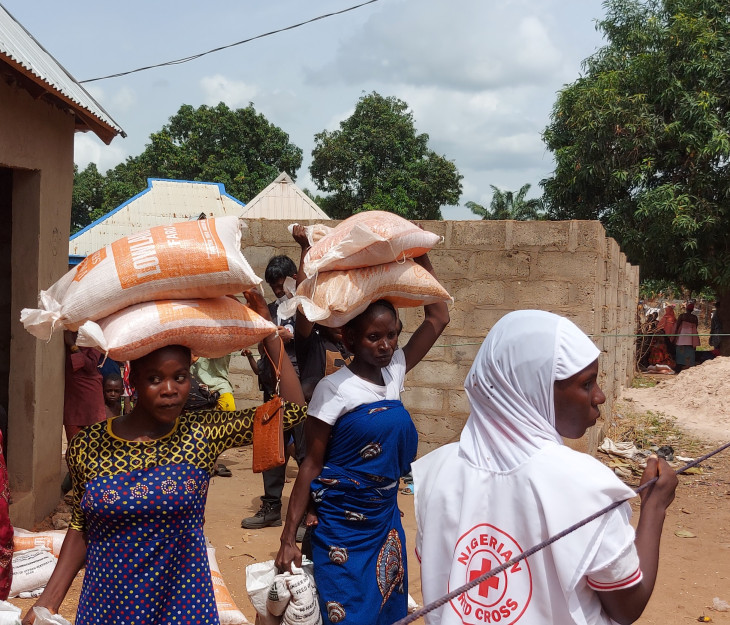 Each farmer got 26 kg of seeds (rice, maize, cowpea and sesame) during the distribution in Doma Local Government Area, Nasarawa State. ©SodiqAlabi/ICRC

According to Awais Khan, ICRC's Economic Security Coordinator in Nigeria, "the ICRC and the Nigerian Red Cross Society are responding to the needs of people affected by violence or armed conflict to help them seize the opportunity of a new rainy season to farm. Across the two regions of North-Central and North-East, our teams are distributing seeds, farming tools and cash that will help around 282,000 people to gain better access to food."

Subhendu Pratihari, ICRC's Cash and Market Specialist in Nigeria, said, "Besides the people that are directly benefiting, the distribution will also help the local markets with a new influx of food produced by the supported farmers. The cash we are providing to people with access to functioning markets will also help the local economy of the various communities where the farmers live and trade. The high-quality seeds we are distributing are also sourced from local vendors close to the communities, which also helps the local agricultural value chain." 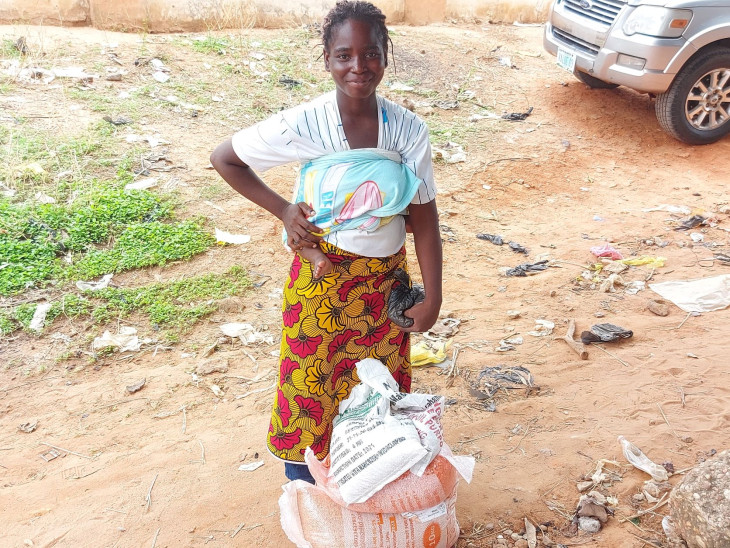 Justina lost two relatives and property including her house in an attack on her village in 2021. She and her family are starting over again. ©Sodiq Alabi/ICRC

Justina, a 22-year-old mother of two, said the seeds and cash she received from the ICRC will go a long way in alleviating the suffering her family has faced during the past year.

"Our people are returning home to farm, and we are going to join them. If our farms do well with these seeds from the Red Cross, we can take care of ourselves without needing anyone's handout," she said.