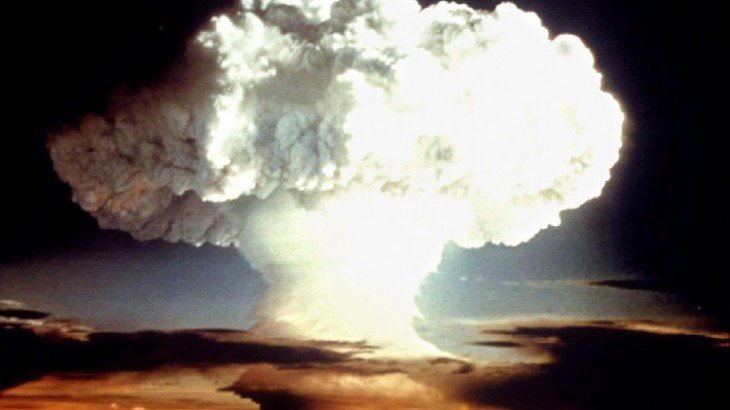 2015 Review Conference of the Parties to the Treaty on the Non-Proliferation of Nuclear Weapons, 27 April to 22 May 2015, Statement of the ICRC

The International Committee of the Red Cross (ICRC) is grateful for the opportunity to address the States party to the Treaty on the Non-Proliferation of Nuclear Weapons (NPT). We speak as the organization mandated by States to protect and assist the victims of armed conflict and other situations of violence, and to promote and strengthen international humanitarian law. It is the horrific suffering that the ICRC witnessed in Hiroshima, while supporting the Japanese Red Cross in assisting the victims of the atomic bombing, which led us in September 1945 to call on States to prohibit nuclear weapons, a call repeatedly made since then by the broader International Red Cross and Red Crescent Movement.

Five years ago, States Parties to the NPT recognized for the first time the "catastrophic humanitarian consequences of any use of nuclear weapons". Along with this historic acknowledgement, the 2010 Review Conference Final Document committed nuclear-armed States Parties to accelerating progress on the steps leading to nuclear disarmament and to take further efforts to reduce and ultimately eliminate all types of nuclear weapons. This built on the promises made at previous Review Conferences to fulfil the disarmament commitment of Article VI of the Treaty. Yet 45 years after the NPT's entry into force, there has been little or no concrete progress to fulfilling this goal. In fact, the ongoing modernization of nuclear weapons by some States suggest that their role in security policies is not being reduced.

... until the last nuclear weapon is eliminated, more must be done to diminish the immediate risks of intentional or accidental nuclear detonations.

Since nuclear weapons were first used 70 years ago, the body of evidence of the devastating human cost of any use of nuclear weapons has continued to grow. In the last three years in particular, the inter-governmental conferences held in Oslo, Nayarit and Vienna on the humanitarian impact of nuclear weapons have given the international community a much clearer grasp of the effects that a nuclear detonation would have on people and societies around the globe, as well as on the environment. At this pivotal moment of the NPT, it is crucial that States Parties take into account the new research, risks and perspectives on nuclear weapons that have come to light, draw the necessary conclusions and take concrete action to eliminate these horrendous weapons.

The evidence before us today shows:

In the view of the ICRC, these findings should prompt all States to reassess nuclear weapons in both legal and policy terms. We urge NPT States Parties to seize the moment of this Review Conference and heed the 2011 appeal of the International Red Cross and Red Crescent Movement for States "to ensure that nuclear weapons are never again used", and "to pursue in good faith and conclude with urgency and determination negotiations to prohibit the use of and completely eliminate nuclear weapons through a legally binding international agreement, based on existing commitments and international obligations". Nuclear weapons are the only weapon of mass destruction not explicitly and comprehensively prohibited under international law today. In light of the catastrophic consequences of nuclear weapons, which the NPT States Parties have recognized, filling this gap is a humanitarian imperative.

In a speech delivered to the Permanent Missions of Geneva on 18 February 2015, the President of the ICRC, Peter Maurer, urged States Parties to make this Review Conference a turning point for decision-making and progress on nuclear disarmament. States Parties can do this by taking concrete steps to fulfil the commitment contained in Article 6 of the NPT and establishing a time-bound framework to negotiate a legally binding international agreement and to consider the form that such an agreement could take. A number of proposals in this regard have been made by States here and in other fora.

And until the last nuclear weapon is eliminated, more must be done to diminish the immediate risks of intentional or accidental nuclear detonations. We urge nuclear-armed States to reduce the number of warheads on high alert and to be more transparent about action taken to prevent accidental detonations. A greater effort must also be made by nuclear-armed States and their allies to reduce the role and significance of nuclear weapons in their military plans, doctrines and policies. Many of these steps derive from long-standing political commitments and the 2010 NPT action plan and should be followed through as a matter of urgency.

In the coming months, the international community will mark the 70th anniversary of the atomic bombings of Hiroshima and Nagasaki. This anniversary is a stark reminder of the appalling human costs of nuclear weapons. It should inspire all States to reaffirm their commitment to the elimination of nuclear weapons and to take concrete action in this direction. We know now more than ever before that the risks of nuclear weapons are too high and the dangers too real. It is time to bring the era of nuclear weapons to an end and we urge this Review Conference to take the bold steps needed to achieve this noble goal.