The people of Iraq cannot be left to suffer alone 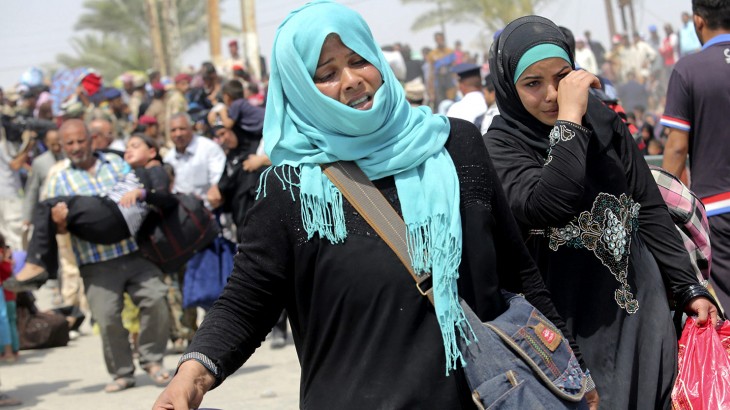 Brace yourself. This conflict isn't ending anytime soon - Article by Dominik Stillhart, director of operations at the ICRC, published in the Independent on 22 May 2015.

In a busy, complex world, we inevitably try to simplify things. We just do not have the time to do otherwise. So, we watch, we listen, we condense and then we consume. Nuances are binned, details left on the chopping board. We are left with a boiled down version of the truth. Unsatisfactory, but at least digestible.

... to start solving the problems, we have to first start caring for the people. All the people.

Take the case of Iraq. I have just returned from a five-day visit. To many, the conflict is quite simple: a one-dimensional struggle between Islamic State group and a coalition of forces opposing them. But delve beneath the surface, and there is a plethora of issues and suffering, at stake.

I visited a camp for internally displaced people (IDPs) on the border between Baghdad and Anbar province. The people have nothing but the clothes they stand in. They live in tents. There are no toilets, no health facilities and virtually no water. There is certainly no education for the children. And they are living under a baking hot sun. 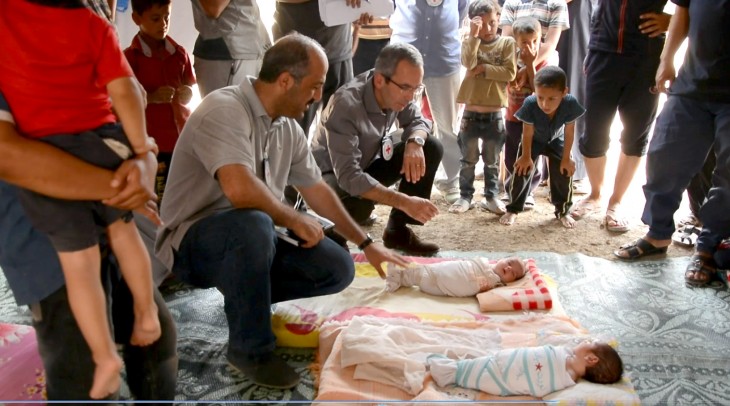 In one of the tents, I met a family with a newborn baby. The baby was lying on the ground, crying for her mother. In the overheated tent, the sheer despair and desperation of the family was almost overwhelming. And they were just one family of the thousands upon thousands living in similar makeshift camps on both sides of the border dividing Baghdad and Anbar province. No one knows how many people there are.

Many of those living there have been displaced for a second or third time. They cannot go back to Ramadi because of ongoing fighting there. They fled Baghdad where they had relocated in the first place because of death threats. One woman told me how her husband and two sons had been killed in the Iraqi capital. They cannot go on to the next place because they might be attacked. Attacked by different people, for different reasons and at different times. They are in no man's land – in every sense of the word.

In the north of the country, near Kirkuk and a couple of kilometres from the fighting, I visited three villages in an area rich in oil and agricultural farmland. Every single building in all three villages, except the mosque, had been razed to the ground. The villagers were slowly returning, but living in tents next to their destroyed homes, slowly rebuilding their lives and their homes, brick by brick.

The point of mentioning these snapshots of today's Iraq is that we are looking at a patchwork of conflict and suffering. Different places, different causes. The country has suffered decades of war, foreign intervention, internal fighting and conflict between Sunni, Shia and the Kurds. Layer upon layer of insecurity and violence. Hundreds of thousands of people, from so many conflicts, still remain missing.

There is going to be no quick resolution to this situation. The ebb and flow of conflict in the country continues unabated. During the past few months there has been a sharp deterioration in the humanitarian situation in Iraq due to an intensification in the fighting. In early 2014, there were 300,000 internally displaced people (IDPs) in the country. That figure is now 2.7 million. The situation is actually getting worse. Brace yourself. This conflict is not ending any time soon.

Given the situation we, at the ICRC, have stepped up our appeal for more funds to deal with this dramatically deteriorating situation. The work our colleagues are doing in the field is simply incredible. We are one of the few organizations that are able to access some of the most difficult areas. We are always perceived as impartial, neutral and independent.

Since the beginning of 2015, the ICRC has provided food rations and other essential items to more than half a million people in Iraq. Vital medical supplies have also been distributed to 45 health facilities across the country. More than 400,000 people have benefited from ICRC's efforts to improve water provision. We continue to visit people have been detained. The extra money, if raised, will enable us to provide aid for nearly 900,000 people.

But why does Iraq matter? Like Syria and now also Yemen, Iraq is a crucial piece in the larger confrontation between regional and global powers that increasingly engulfs the whole of the Middle East. Local players all try to take advantage of the situation to further their own agendas. Once again, it is civilians who pay the heaviest price.

Iraq is therefore not a self-contained conflict that can be left to simmer for years and years (although, in many ways, that is exactly what has happened). What happens in Iraq has local, regional and global implications. The pain and suffering of the people here, reverberates around the region and beyond. And that matters to us all.

And to start solving the problems, we have to first start caring for the people. All the people.