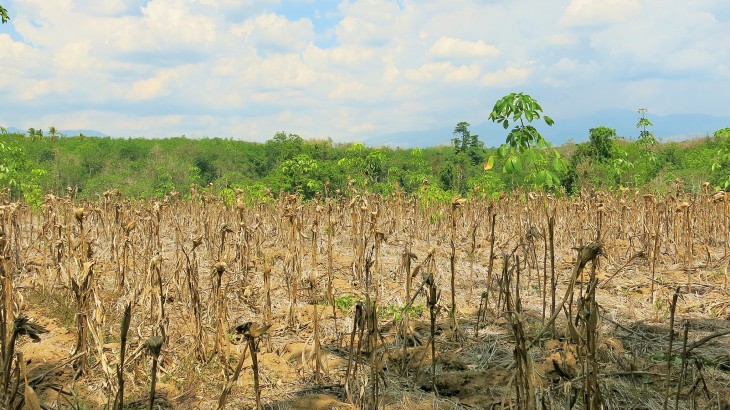 Crop failures have left people desperately short of food in conflict-affected areas of North Cotabato Province in the Philippines. The ICRC and the Philippine Red Cross have distributed food to almost 30,000 people in two of the worst-hit communities.

Over 280 square kilometres of agricultural land are affected and 12,000 farming families have lost between 70 and 100 percent of their rice, corn, coconut and banana crops. Families in upland villages began to experience hunger in October last year. They have had to eat wild yams, which are poisonous if not prepared carefully.

The drought is due to "El Niño," part of a complex climatic phenomenon linked to cyclic changes in ocean temperatures. 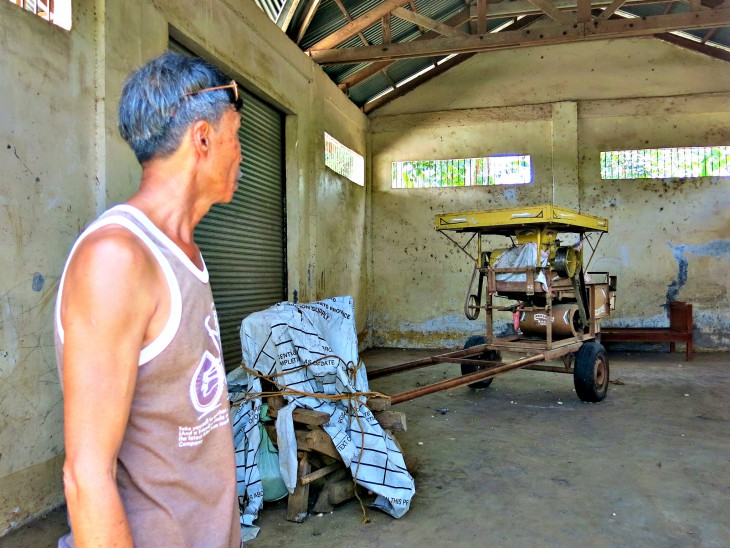 Efren Sipada from Sundungan in President Roxas municipality showed us the community corn thresher, sitting idle in the village storehouse. "We last used this six months ago," he explains. "We planted before the Christmas season, but the harvest was just enough for us to eat." Previously, this region was known as the "green basket of the Philippines", a reputation it has lost for the time being. "I look forward to hearing the sound of this thresher again," Sipada tells us. 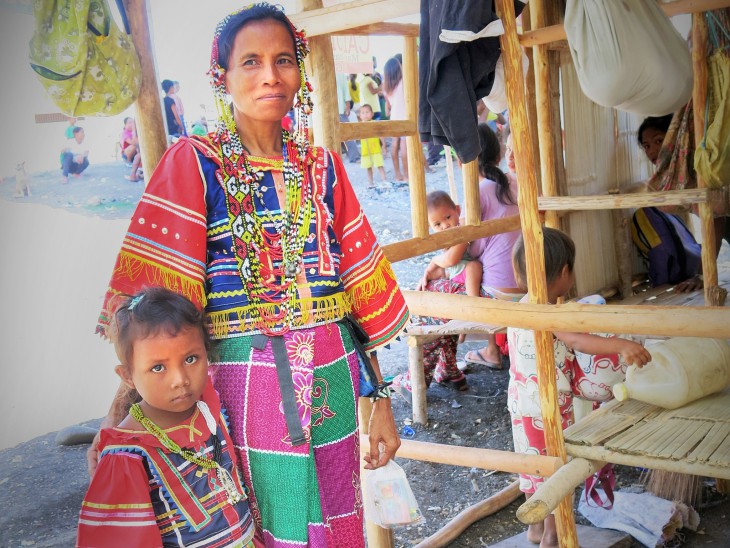 One of the most affected villages in President Roxas is Datu Indah, an ancestral domain of the Manobo tribe. Farmers here rely solely on rain and other natural sources like rivers to water their fields. The village is remote, and has received little assistance.

Farmer Arturo Beres has never seen anything like it. "I've lived in Datu Indah all my life. This is the worst drought I've experienced. Those vegetables that did bear fruit, like aubergines, can't be eaten because they turned bitter. It breaks my heart as a father because I can't feed my family properly." 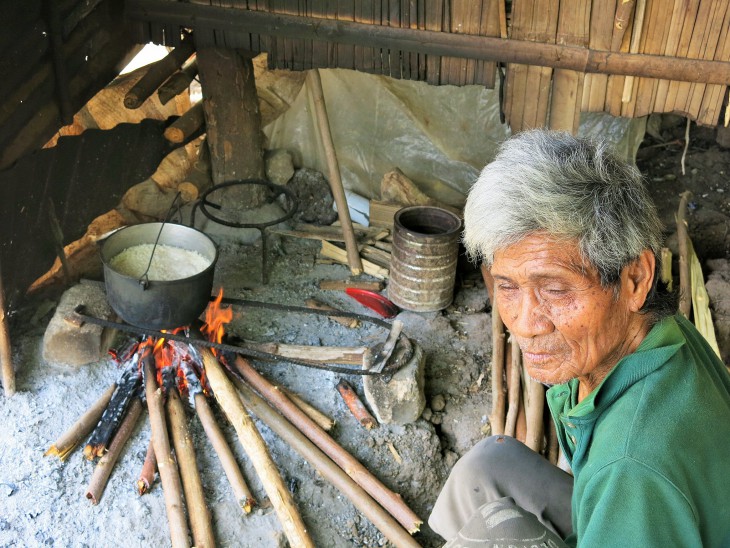 Pablo Impit collapsed with heat exhaustion while gathering firewood in January. With no money for medicine, he is forced to stay at home while his children seek work in the cities of Davao and Cotabato, three hours away. 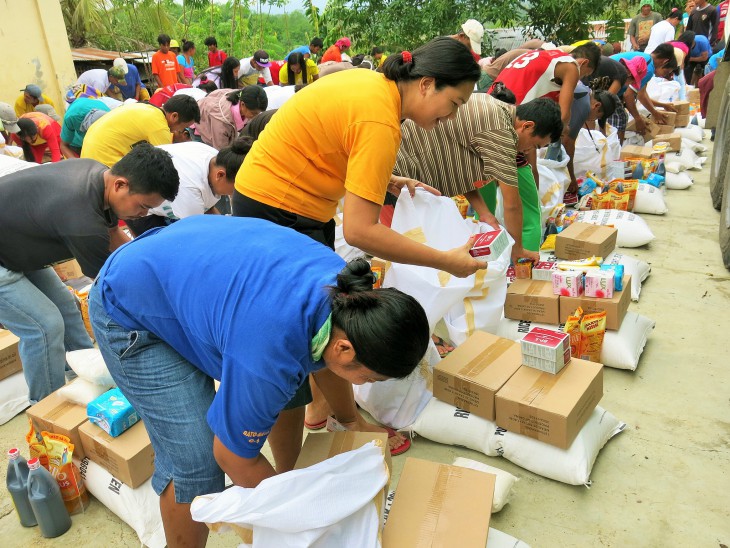 The ICRC and the Philippine Red Cross have distributed food to almost 30,000 people in President Roxas and Magpet, two drought-hit municipalities in North Cotabato Province.

"My children will be very happy," exclaimed Marilyn Tampis of Bato-bato as she collected her supplies. "I can't wait to get home and show them what's inside the sack. I never thought the ICRC would travel to areas like ours and give help!" 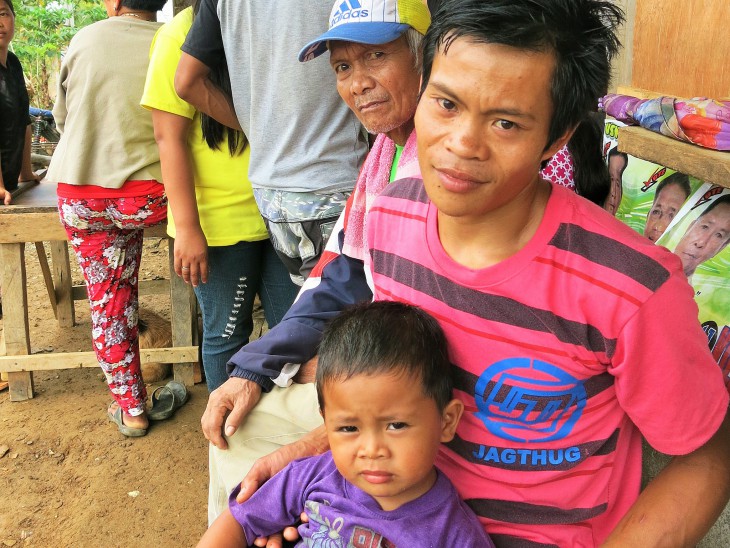 Rolio Sadio of Barangay Balite and his 3-year-old son wait for their turn during the food distribution.

"All my corn died, but I managed to keep a small bag of seed to plant when the rain comes. The food we received from the ICRC is a big help to all of us because we live in one of the most distant communities," he said.

Delivering this aid was no easy task, as the affected villages lie in remote regions and the roads are poor. When food is short in farming communities, the only option is to eat the seed that has been put aside for planting. The food that the ICRC and Philippine Red Cross delivered should mean that people don't have to resort to this. The emergency aid also means that families can keep their money for financing next season's planting.