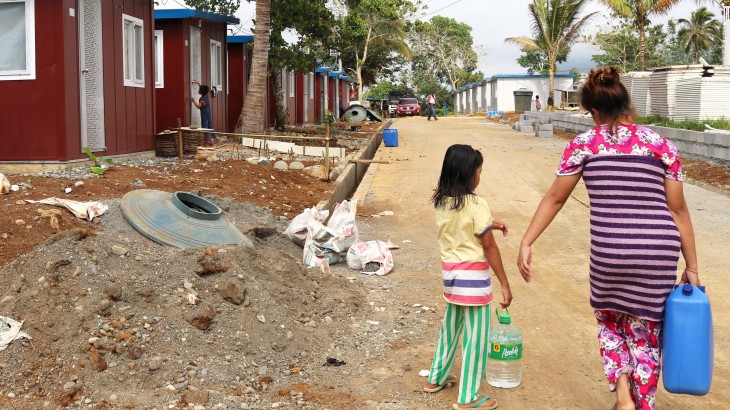 Manila (ICRC) – Five months after the end of the clashes in Marawi City, Lanao del Sur province, humanitarian organizations working on the ground estimate that 81,000 evacuees and returnees are still struggling to meet their basic needs: water, food, sanitation and education. The International Committee of the Red Cross (ICRC) has been working together with the Philippine Red Cross (PRC) and the local authorities to aid the affected communities, particularly with clean water.

“At the Saguiaran evacuation centre, 400 families have been reliant on the water we have been delivering by truck for nearly a year now,” Alessandro Giusti, head of the ICRC water and sanitation team in the Philippines, speaking on the occasion of World Water Day. 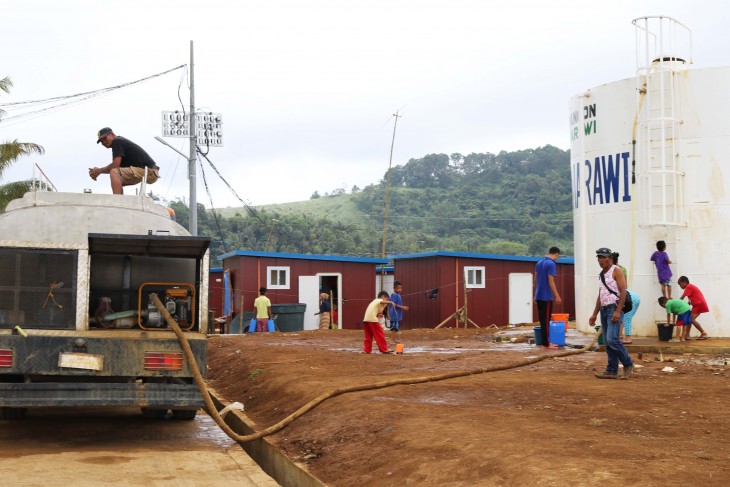 Displaced residents who now live in the transitional shelters in Sagonsongan, Marawi city, still get their water from trucking since a water system is not yet in place. CC BY-NC-ND/ICRC/Allison Lopez

Last week, the ICRC finished building a system that will regularly supply clean water for these evacuees who face prolonged displacement. "Water is closely linked to public health. Waterborne diseases such as diarrhea and cholera, as well as sanitation issues, can be prevented if there is regular supply of potable water," said Mr Giusti.

Two new generator sets were recently donated to the Marawi City Water District (MCWD) to guarantee a regular supply during unexpected power outages. The generators kept two pumping stations functional during the initial phase of residents’ return, before the power supply was restored.

The ICRC will support the authorities’ broader rehabilitation efforts, including a three-month study to assess the current condition of the water system in Marawi City. “The result of this assessment will give us baseline data to define and plan the rehabilitation of Marawi’s water network,” said MCWD acting general manager, Dr Ali Descallar. The study will commence in April and be conducted in coordination with the MCWD, the Local Water Utilities Administration and Task Force Bangon Marawi. 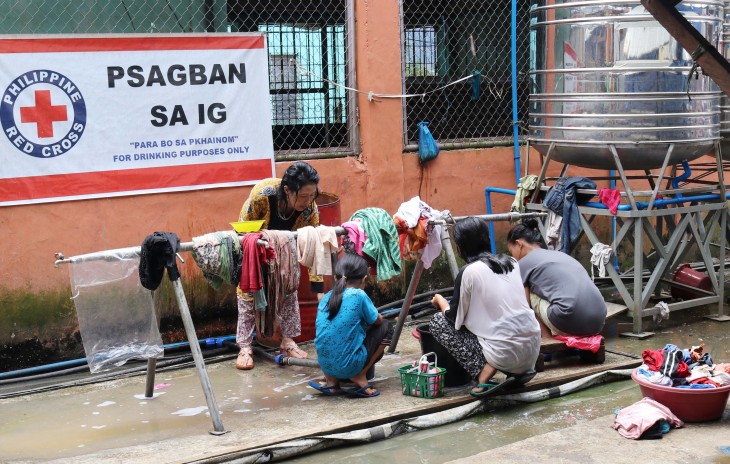 "It's better there is a water system now. We get a steady supply of water the whole day," said Jalani Hassan, an evacuee at the saguiaran Gym. CC BY-NC-ND/ICRC/ALLISON LOPEZ

A neutral, impartial and independent humanitarian organization, the ICRC has assisted more than 100,000 people displaced by the armed conflict in Marawi, in partnership with the PRC. It also works to promote respect for humanitarian law and universal humanitarian principles through bilateral dialogue with weapon bearers and visits to people detained in relation to the conflict.