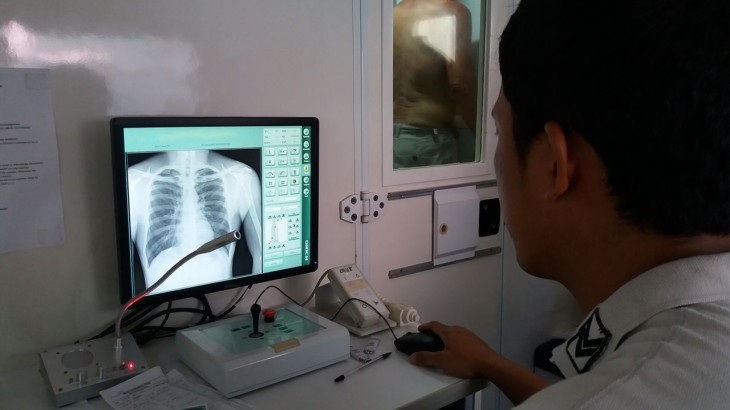 An inmate undergoes chest X-Ray examination as part of the TB mass screening process. The mobile X-Ray was donated by the ICRC. NBP photo

Manila (ICRC) – The largest mass screening for tuberculosis (TB) in the country is being held for about 5,700 inmates in New Bilibid Prison (NBP), Muntinlupa City, as part of efforts to end TB in Philippine jails and prisons.

The mass screening in the maximum security compound, which began on March 14 and will end in May, is the fourth such activity held in NBP with the support of the ICRC, in collaboration with the Department of Health and the Philippine Business for Social Progress.

"The Philippines is part of the global effort to end TB by 2035. To achieve that goal, we must support the authorities in finding undetected TB cases. Mass screenings have shown to be an effective strategy in reducing, and eventually eliminating, TB in jails and prisons," said Dr. Fatah Labib, who is in charge of the ICRC's TB programme in jails.

According to 2015 Global Tuberculosis Report, the Philippines ranked ninth among the 22 countries with the largest number of TB cases in the world. Every day, 63 Filipinos die from TB.

TB is four to five times more prevalent in jails and prisons than in civilian communities in the Philippines.

In 2013, the ICRC and the Bureau of Corrections partnered to improve TB control in NBP, with mass screening as one of the strategies identified. Some 280 TB cases were found from a total 8,833 inmates during mass screenings held since 2014. Of these cases, 27 were multi-drug-resistant (MDR), a severe type of TB. 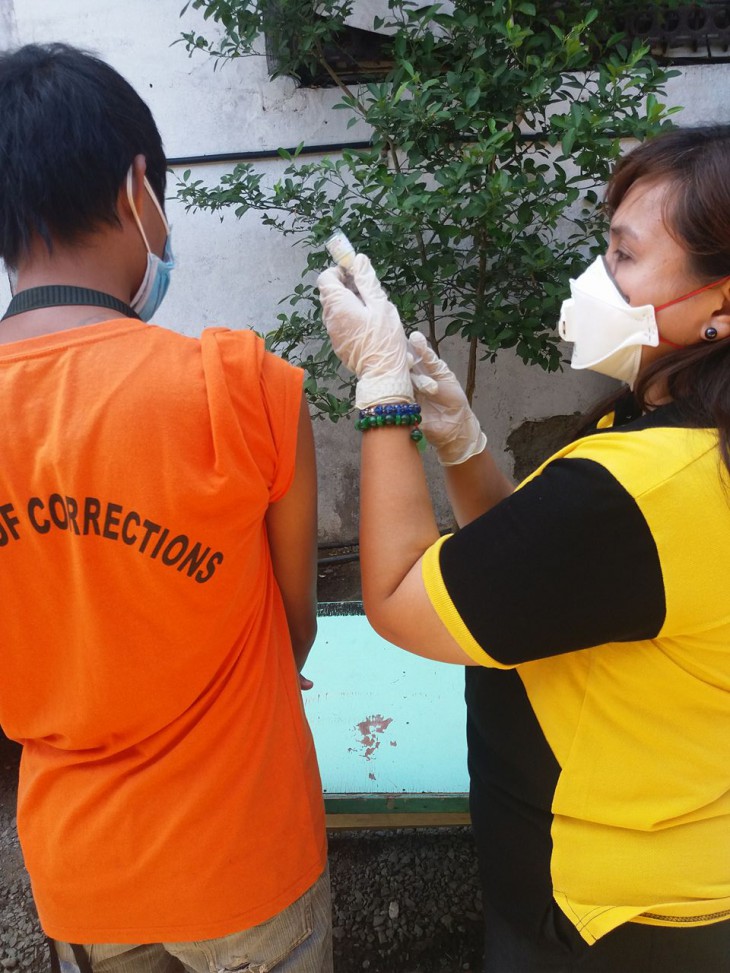 Inmates who were diagnosed with TB through the mass screenings immediately underwent treatment at the NBP Hospital's TB Treatment Unit.

Aside from providing technical support, the ICRC donated one mobile digital chest X-ray machine, and two GeneXpert testing units that allow the diagnosis of MDR TB cases within two hours.

"One missed inmate with TB can infect around 10 to 20 inmates, their visiting families or prison guards in a given year. To effectively control TB, every inmate counts and no one should be left behind. We want to help inmates, at least, to be free from TB and to have good health while inside the prison," said Dr. Cecilia Villanueva, TB coordinator of NBP.

The ICRC, a neutral, impartial and independent humanitarian organization, supports Philippine authorities in their efforts to improve detention conditions and carries out projects to improve detainees' access to water, sanitation and health care.