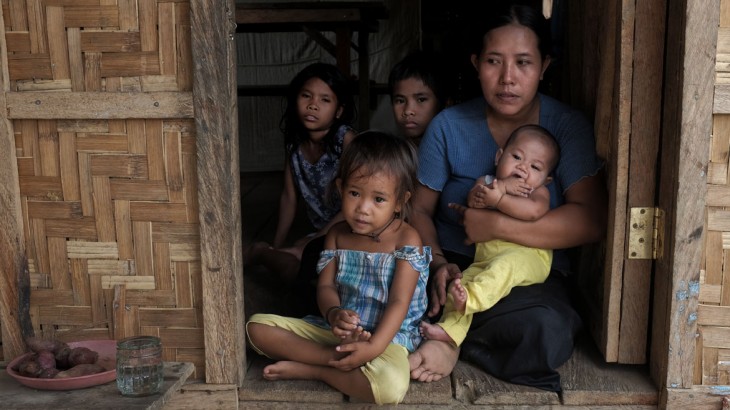 Leonila Garen and her family largely depend on farming for their income. Natural and man-made disasters are both constant threats to their lifeline. CC BY-NC-ND / ICRC / J. Aznar

"During Typhoon Yolanda (Haiyan), we were told to evacuate, so we moved to my in-law's house up the hill. When it was over, we came back and our house was gone, completely washed away. The same thing with the crops – the bananas, cassava and sweet potatoes – we rely on these for food and they were all gone," recounted Leonila Garen, 30, a resident of Mabini village in Basey, Samar province.

A mother of five, Leonila recalls how difficult it was during the first few days when they had nothing to eat and relied entirely on relief goods. Her family spent a few more weeks at a relative's house until her husband was able to gather enough scrap material for a makeshift shelter, using a tarpaulin as a roof.

With the crops gone, her husband – who used to earn a living delivering copra once a week, with the rest of the time spent farming – found himself without a job for a while.

Village councilor Efren Pacanas echoed the same story: "The people in our village have very limited sources of income, with the majority relying on upland farming for their livelihood. When Typhoon Yolanda came, all the crops were destroyed. The people had nothing." 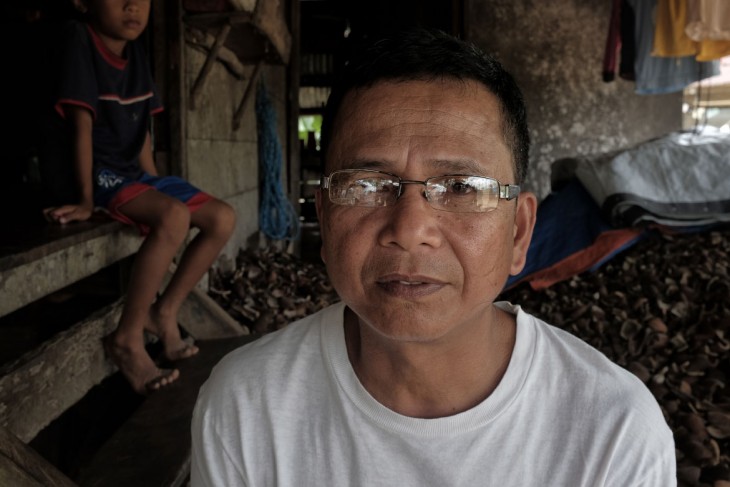 For village councilor Efren Pacanas, recovering from the destruction caused by Typhoon Haiyan has been difficult for a poor farming community that has been plagued by armed conflict for decades. CC BY-NY-ND / ICRC / J. Aznar

He added that even before the typhoon, the remote village of Mabini had been facing other problems. "Upland farming is only done on a seasonal basis; it's purely rain-fed, which is one of the reasons why it is taking longer for our community to recover completely. Also, transporting crops downtown has always been a challenge for us owing to the poor road network. This is further complicated by the armed clashes that erupt occasionally in some districts." The most recent incident, he said, was in February this year.

Growing up in Northern Samar province, Leonila is no stranger to armed conflict. "Others, especially the children, still get scared when they hear gun shots, but I'm already used to it." 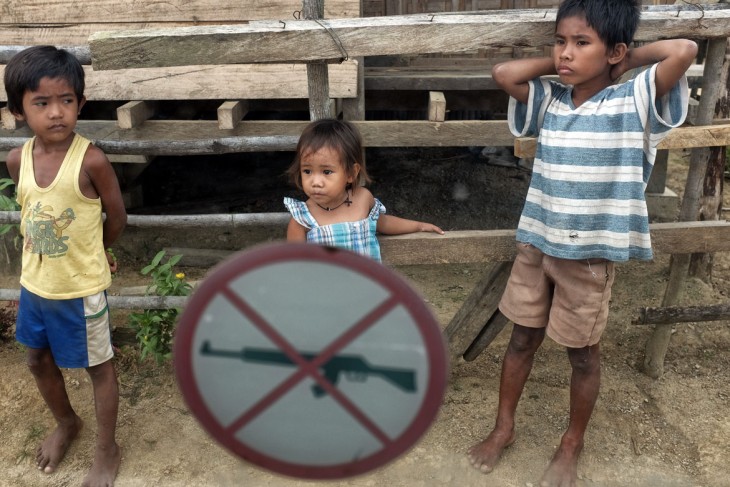 While many villagers in Mabini have grown used to the realities of armed conflict, children are still in fear whenever they hear gun shots during clashes. CC BY-NY-ND / ICRC / J. Aznar

In 2011, as part of ICRC's work to support communities affected by armed conflict, a water network was constructed to supply clean water to more than 1,200 people in Mabini. Before this, villagers had to spend over two hours each day on paddle boats to collect drinking water from the Sohoton river.

Today, the same network is helping them recover from the effects of Typhoon Haiyan. "With water readily accessible, we have more time to spend cultivating the land," said Rogelio Asis, a local farmer.

A year and a half after Typhoon Haiyan, Leonila and her family are living in their new home – this time, sturdier than the temporary structure her husband had built. "It would have taken us at least five years to build a house like this because our income is just enough to cover our most basic needs. With four of the children in school, we could only dream of having a house," she said, adding that having been chosen as a beneficiary of the Philippine Red Cross / ICRC shelter programme is an answered prayer. She is also very happy with the latrine that was built this year, noting that in the past, they didn't have their own toilet and would need to go to a relative's house nearby.

Leonila's family is among the 4,461 households who received storm-resilient shelters from the Philippine Red Cross and the ICRC in 2014. The ICRC, together with the National Society, focused its response on Samar island, where it has been working for years to address the needs of communities affected by armed conflict. 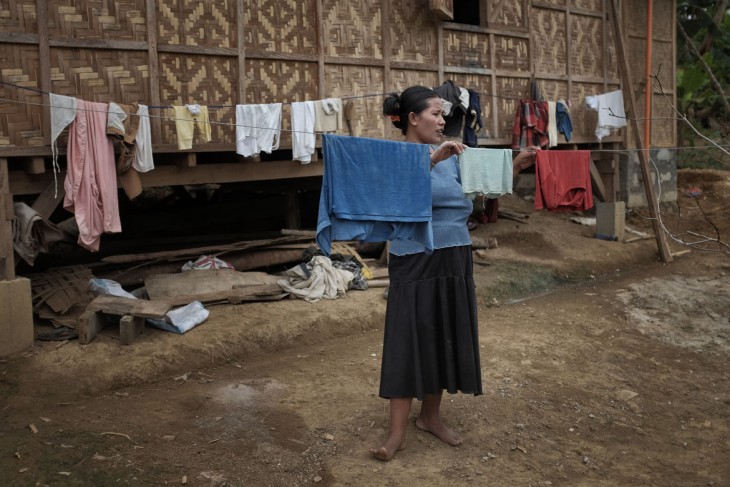 Having a new house means one less thing to worry about. Leonila and her family are now intent on rebuilding their lives after the storm. CC BY-NY-ND / ICRC / J. Aznar

To complete the houses, individual latrines are being added this year with help from partners in the International Red Cross and Red Crescent Movement.

As the people of Mabini strive to overcome the difficulties left behind by one of the world's most powerful typhoons and continue to deal with cycles of conflict, they remain resilient, facing challenges that come their way one day at a time. 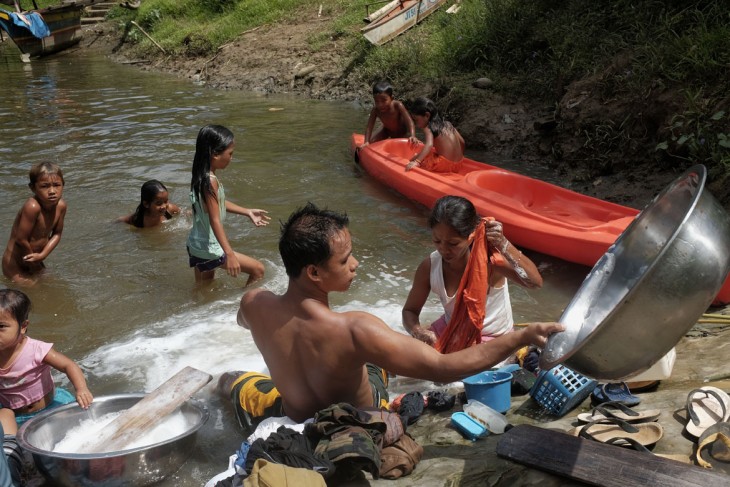 The Sohoton river is where people converge to bathe and do the laundry. It also provides an alternative channel for transporting crops from the farms. CC BY-NC-ND / ICRC / J. Aznar

Estelita Coritana and Marissa Ariaso – both from the coastal town of Marabut, in the province of Samar – recall their experiences and share how the assistance they received are helping them pick up the pieces.

While many have restored their income-generating activities prior to the typhoon or started alternative ventures, some are still struggling to make ends meet.