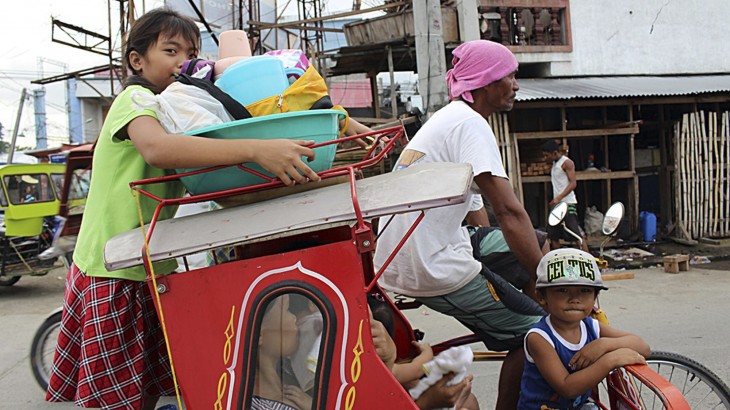 This weekend, Typhoon Hagupit (local name Ruby) is expected to make landfall in central Philippines as a Category-5 storm. It will most likely be accompanied by strong winds, storm surges of 4 - 5 meters, and intense rains.

The ICRC has already deployed a team of experts to Catbalogan, the capital of Samar Province, to prepare its response in the immediate aftermath of the typhoon. More than 20 trucks loaded with food, water supply equipment, and medical supplies will ship tomorrow morning from Davao (Mindanao Island) to arrive near affected areas over the weekend. Other teams are on alert in Manila.

The Philippine Red Cross and the ICRC are ready to help reunite family members separated by the typhoon.

Typhoon Hagupi is being forecast as the strongest since the world's worst-ever typhoon, Typhoon Haiyan, struck the same part of the country late last year. Haiyan, which made landfall with 300 km winds and 5-metre waves, left communities devastated, without food, electricity, water or any means of contacting their relatives. Typhoon Hagupit could well affect many of the same people slowly recovering from Typhoon Haiyan, who remain extremely vulnerable.

The Philippine Red Cross has chapters in all the areas where Typhoon Hagupit might make landfall and has thousands of staff and volunteers on standby to deploy as necessary. It will be at forefront of emergency relief efforts for Hagupit (Ruby) survivors.

Family members are easily separated in the chaos that storms of this magnitude bring. A dedicated webpage has now been set up to help people register themselves alive and well and to search for family members that go missing after the typhoon.

Hagupit, or Ruby, also hits almost exactly two years after Typhoon Bopha, another deadly storm which claimed over 1000 lives in the province of Mindanao.

Many areas likely to be hit by Typhoon Hagupit, or Ruby, such as Samar Island or the Bicol area of Luzon Island, are already struggling to cope with the consequences of protracted armed conflicts. The ICRC has a longstanding presence in such areas where conflict and natural disaster converge to help alleviate the compounded effects on local communities.