Protecting the delivery of health care: Steps in the right direction 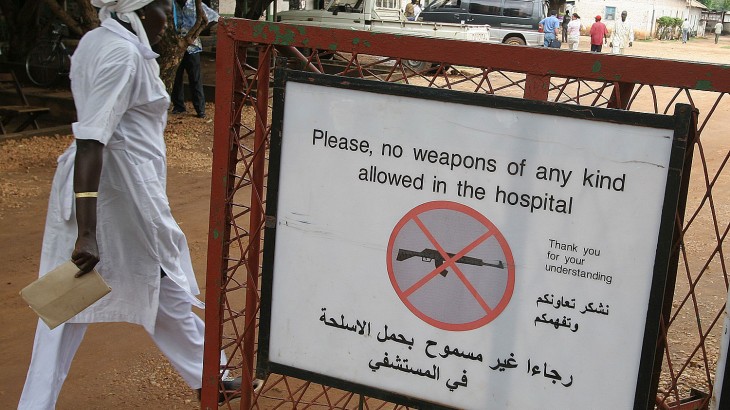 At the 32nd International Conference of the Red Cross and Red Crescent, there was broad agreement about the need to continue working together to protect health-care workers and facilities. Driven by that strong commitment, Resolution 4, "Health Care in Danger: Continuing to protect the delivery of health care together" was adopted, and 16 pledges have been submitted to date.

A strong resolution on protecting the delivery of health-care services

Cathrine Andersen, a representative of the Norwegian permanent mission in Geneva and a member of the drafting committee, commented on the generally positive atmosphere that reigned during the drafting and adoption of the Health Care in Danger resolution. "It helped that the issue was — quite rightly – high on States' agendas and that we could draw on language in United Nations General Assembly resolutions, adopted in December 2014, on the same issue," she said. "The result is a strong resolution aimed at protecting health-care workers and facilities."

The resolution reaffirms the commitments made in Resolution 5 adopted by States and the International Red Cross and Red Crescent Movement at the previous International Conference, in 2011. It also acknowledges the progress made since then as part of the Health Care in Danger project. Although the resolution focuses on implementing project-related recommendations and measures, it also stresses the importance of cooperation between States, the Movement, the health-care community, and anyone else concerned by this issue.

During the two panel discussions on Health Care in Danger, held on 8 and 9 December, States, National Red Cross and Red Crescent Societies and organizations with observer status shared their experiences and the initiatives they had taken to protect the delivery of health-care services. "It was very encouraging to hear how interested everyone is in this issue and how much has already being done at the country, regional and global levels," said Pascale Meige, ICRC deputy director of operations. Participants had, for example, amended domestic legislation, trained military personnel, exchanged information and good practices, made efforts to improve National Societies' safe access to communities, and campaigned to raise health-care workers' awareness of their rights and responsibilities.

Julie Hall, head of the global health team at the International Federation of Red Cross and Red Crescent Societies, said that the discussion had highlighted the importance of preparation and prevention. "Many people emphasized that preventive measures to keep health-care workers and facilities safe were relevant not just in the event of conflict, but also in case of emergency, and that communities and the quality of service can play a key role in ensuring safety." Participants also stressed the importance of adhering to the Movement's Fundamental Principles and abiding by medical ethics, in peacetime as well as during conflicts.

Sixteen pledges were submitted during the International Conference. Many came from organizations outside the Movement, such as the World Medical Association, the International Hospital Federation and the Pan American Health Organization. "This reflects the growing 'community of concern' surrounding the project," said Ali Naraghi, head of the ICRC's Health Care in Danger project. "We expect – and encourage — more pledges to be submitted before the March deadline. They will pave the way for better protection of health-care workers and services."

Do more to protect the delivery of health care

Health Care in Danger is an initiative of the International Red Cross and Red Crescent Movement to make access to health care and its delivery safer in armed conflict or other emergencies. The initiative calls for the respect of patients, health-care workers, facilities and transport, while promoting the implementation of a series of recommendations and practical measures for the protection of health care.

This initiative is also supported by a number of partners, individuals, organizations, and members of the Health Care in Danger Community of Concern.