In the first quarter of 2018, our teams brought together more than 100 health care professionals for an emergency room trauma course aimed at increasing the chances of survival for patients at risk in hospitals. Medical supplies were also provided, some of which were used for treating wounds in public and military hospitals, for example.

Over 500 patients were assisted in the first quarter of 2018, including victims of urban violence and emergency cases.

Alongside volunteers from the Venezuelan Red Cross (VRC), we organised 29 educational sessions on water and sanitation, the prevention of dengue fever and other diseases. We also ran first aid courses in several regions of the country.

In the city of Caracas, activities to provide a quick and effective humanitarian response to victims of violence continue to be carried out in different neighbourhoods. Over 200 residents of the communities of La Vega and San Agustín, as well as students and teachers from two schools, participated in first aid workshops, with the valuable support of VRC volunteers.

A group of 41 officers took part in a train-the-trainers course on the international rules on the use of force, aimed at preventing suffering in the civilian population. The course content was shared with over 800 officers from the Bolivarian Armed Forces of Venezuela.

In Belize, we gave a course in conjunction with the armed forces on the international rules on the use of force in patrols, border operations, and migration-related activities.

In Jamaica, we provided support to 72 young people impacted by urban violence through the Jamaica Red Cross Schools of Transformation. 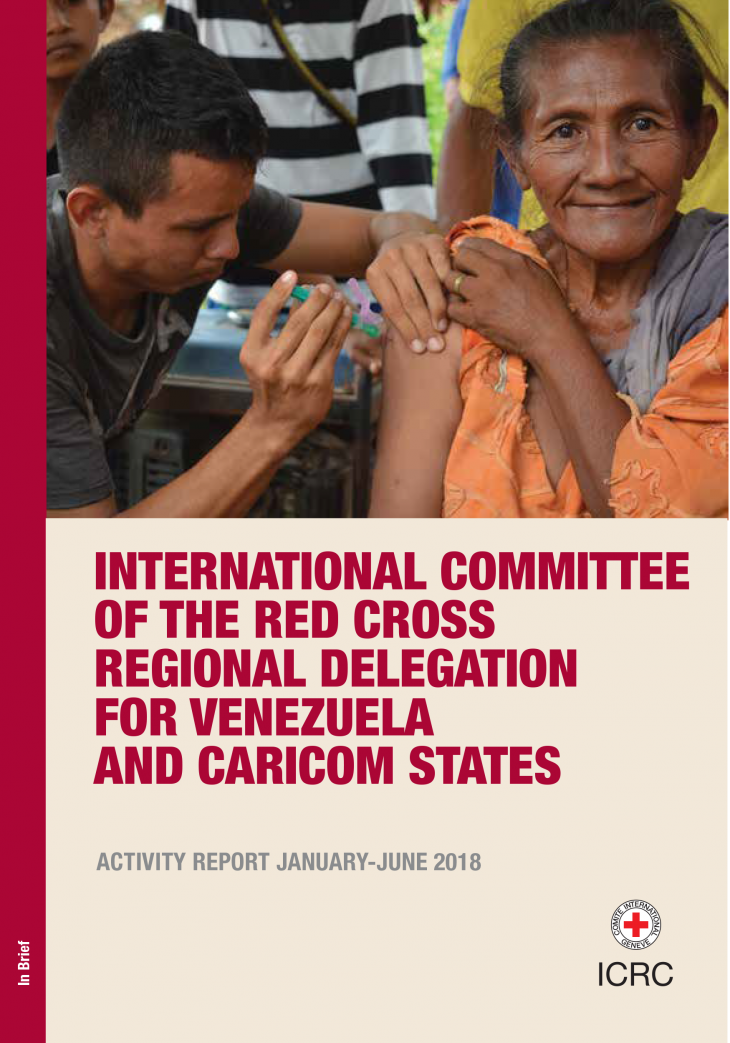