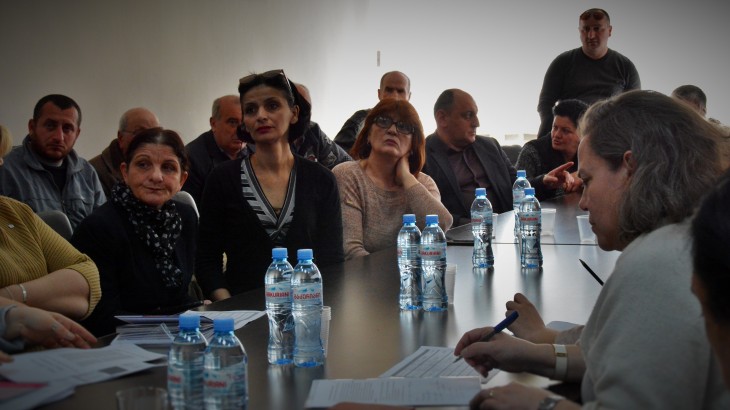 Geneva (ICRC) - The remains of another 22 people who went missing in connection with the 1992–93 armed conflict in Abkhazia have been identified and will be handed over to their families shortly. The identification was carried out within the framework of the Coordination Mechanism on Persons Unaccounted for in Connection with the Events of 1992–93 Armed Conflict and After, which operates under the auspices of the International Committee of the Red Cross (ICRC).

The 22 individuals were positively identified using a multidisciplinary approach drawing on ICRC forensic expertise. The ICRC and the Georgian authorities are currently notifying the families and informing them of the dates of the handover and the official ceremony.

“Today, the decades of uncertainty are over for another 22 families,” said Biljana Milosevic, the head of the ICRC’s delegation in Georgia. ”But more than 2,400 people remain unaccounted for as a result of the conflicts of the 1990s and August 2008. Families have the right to know what happened to them.”

Since the coordination mechanism was first set up in 2010 with the technical and financial support of the ICRC, the remains of 325 people who went missing in connection with the 1992–93 conflict in Abkhazia have been recovered and treated with dignity at all times. Of these, 148 have been identified; identification of all the other remains is ongoing.

The ICRC, by virtue of its neutral, impartial and independent mandate, supports efforts to give the families answers. Anyone who has information about Abkhaz, South Ossetian or Georgian missing people or possible burial sites is encouraged to approach the ICRC. Any information shared with the ICRC will be considered confidential and used only for humanitarian purposes – to end the suffering of the families.