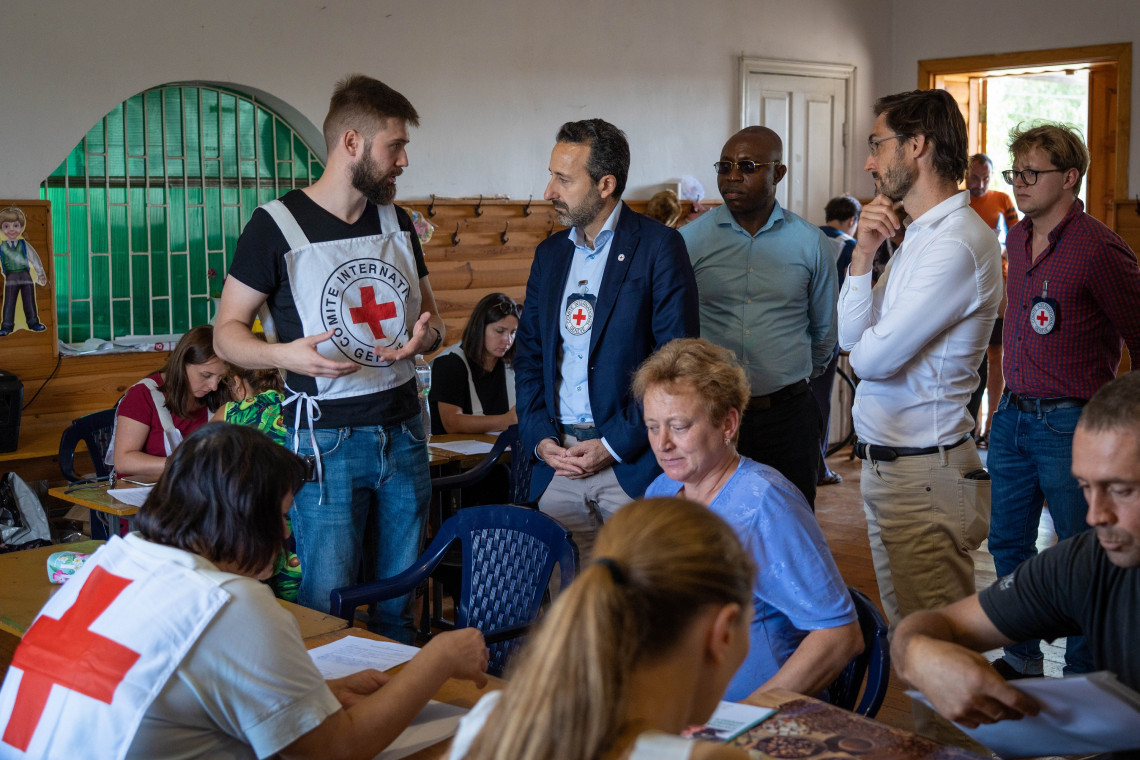 In an emergency, giving people money is often the best way to help them. So long as people have access to markets that are functioning, cash enables them to make their own decisions about what they need most. This can help restore a sense of agency and dignity to people who have lost nearly everything.
Article 18 November 2022 Ukraine Russia

The International Committee of the Red Cross (ICRC) uses cash and vouchers to help people affected by armed conflict and other violence cover their most urgent needs and to support their recovery over the long term.

Since February 2022, the ICRC has helped people affected by the Russia-Ukraine international armed conflict rebuild their lives through our cash assistance programme. A few civilians who were caught in the hostilities shared their stories of resilience with our team.

Stepan has enjoyed drawing since childhood. During school breaks, he used to entertain his classmates by sketching cartoons. In 2004, he sold his first painting and since then Stepan's work has become popular well beyond his native village of Yavkino, Ukraine.

In late March, he came under an attack that killed three civilians and wounded about a dozen more. Several fragments also hit Stepan and one went through his leg. That original childhood love, art, has given him a mental escape from the challenges of the recent months.

But his injury has affected his ability to earn money. Our team provided him with financial assistance so that Stepan can get back some normality with his paintbrushes.

Reportage photos of Stepan Hryhorovych, dedicated painter who is creating despite the conflict happening nearby. ICRC supported him with financial aid. Yevgen NOSENKO/ICRC

Svitlana, 75, has kept food and other emergency supplies in her basement since March. Svitlana and her daughter spent a week in their basement because the shelling was so intense. They both emerged unhurt, but their home was badly damaged.

With winter on its way, she'll use our cash assistance to buy wood for fuel and to repair windows broken by the mortars. She told us she'd have no chance to get through winter otherwise.

Svitlana says she's far from being the worst affected in her village. 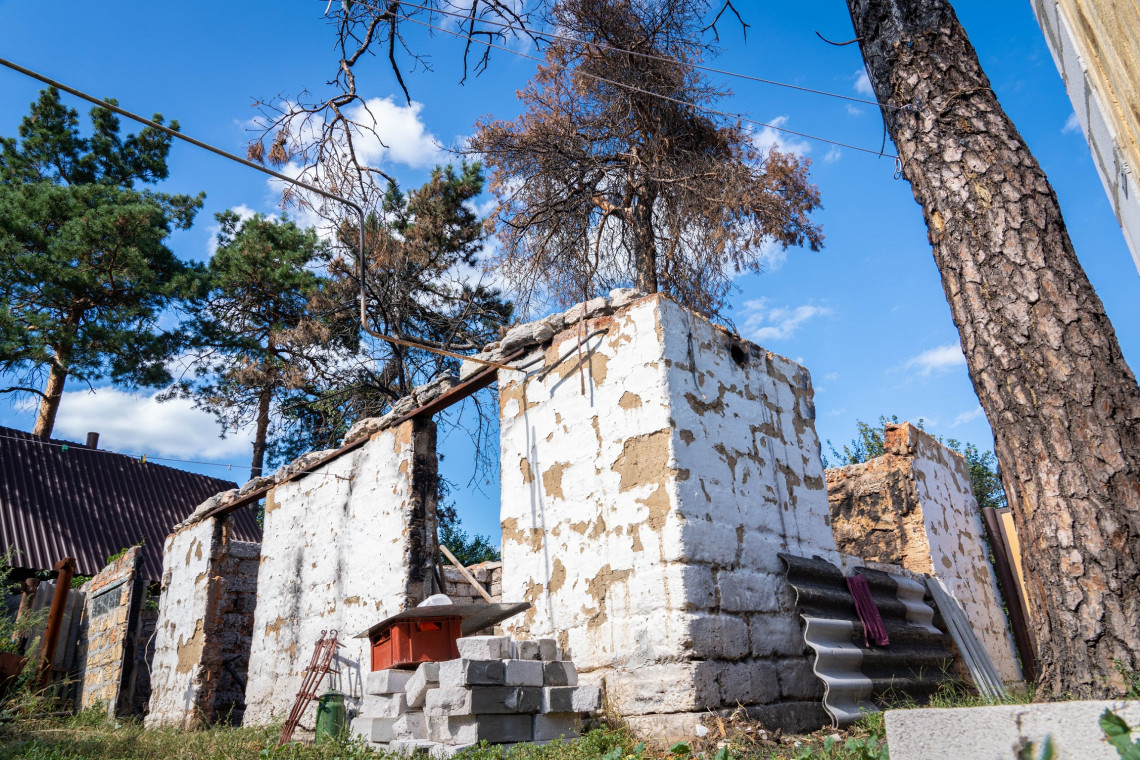 She can't give enough praise to the local community who brought her wood in March when it got really cold. She says that having cash as humanitarian assistance will help her to buy food.

This is part of a programme to provide 300,000 people with cash assistance.

Svitlana, who met with ICRC's director-general, Robert Mardini, in Nova Buda village, Kyiv region in September 2022, is one of millions of people in need of humanitarian assistance. With cold weather just around the corner, there is much to be done to make sure that people are as prepared as possible.

Apart from cash assistance, the ICRC also has provided life-saving medical assistance to those injured or fleeing the fighting. 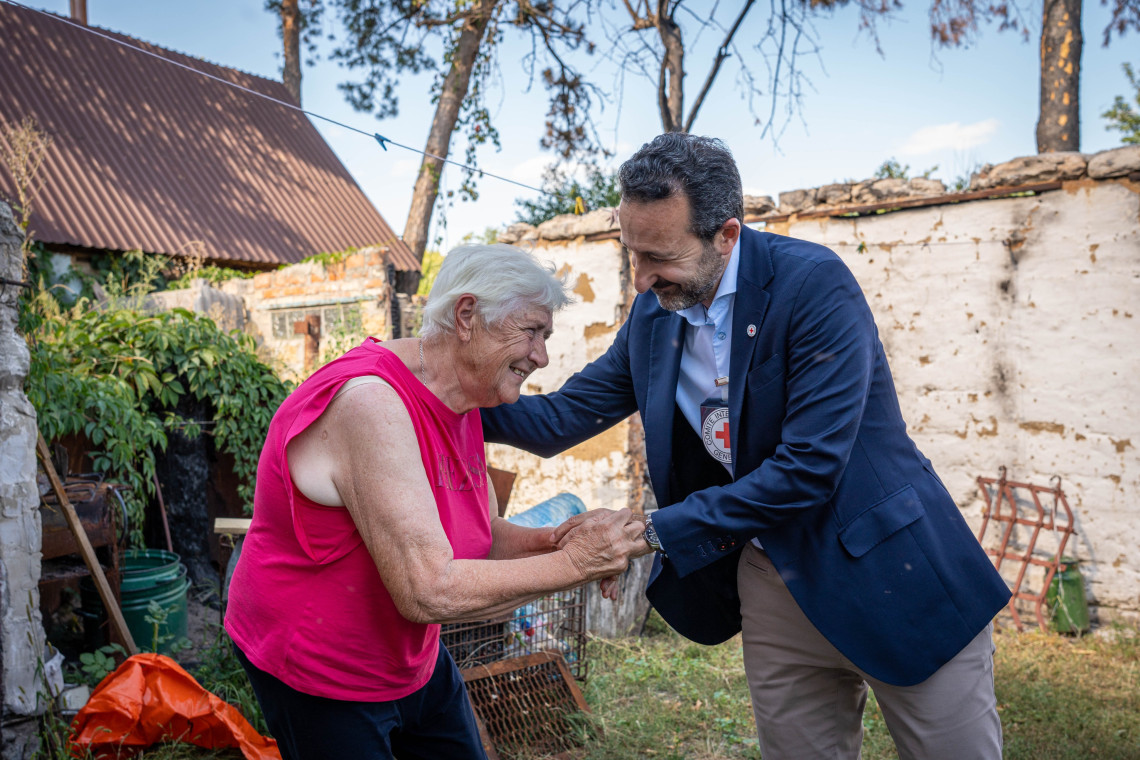 "I might have died at any moment. Around six missiles exploded in my backyard. But I've never thought of leaving my people".

For seven months, Vira, a nurse at a local hospital, provided medical help to her neighbours in Vysokopillia, in the Kherson region. 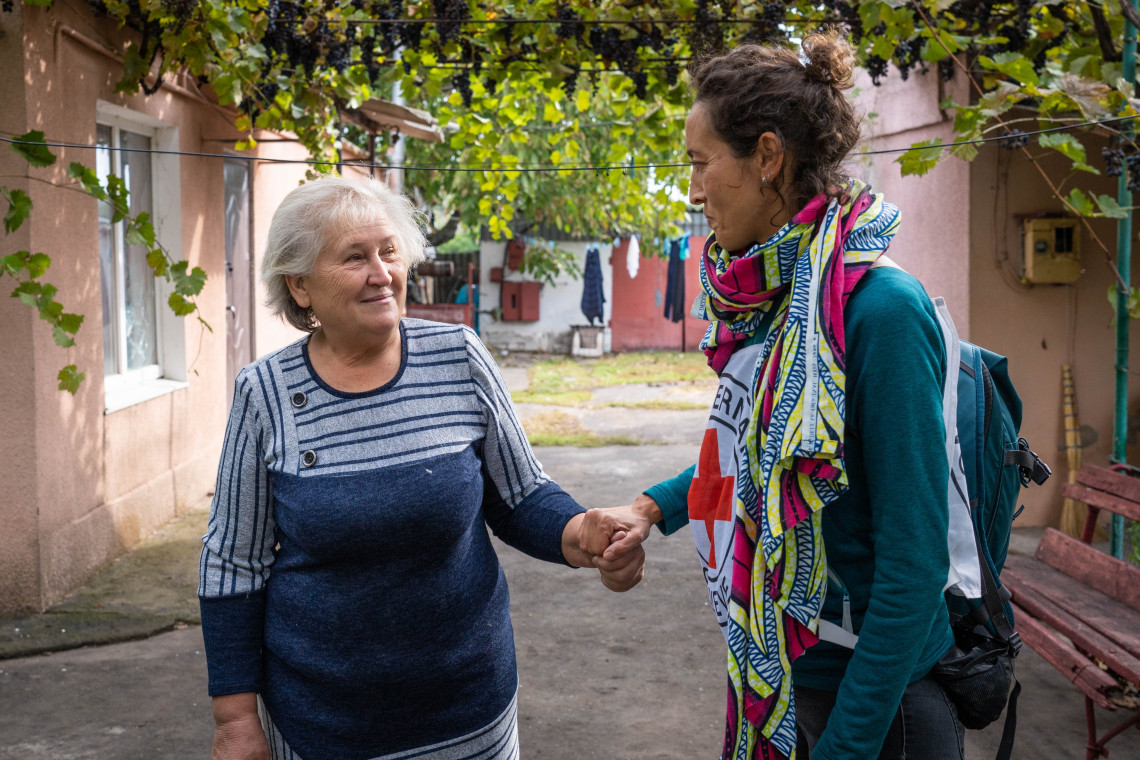 Vira used to work at a local hospital but it was damaged. She continued to do her job walking from house to house after under shelling. Yevgen NOSENKO/ICRC

Before the frontline moved, the situation there was intense.

The local hospital in Vysokopillia was damaged.

Day by day, Vira did her job walking from one house to another while under shelling.

In October, we were able to reach her community for the first time. Our team brought essential medicines, dressing materials, food, & hygiene kits. 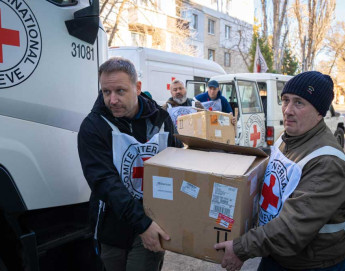 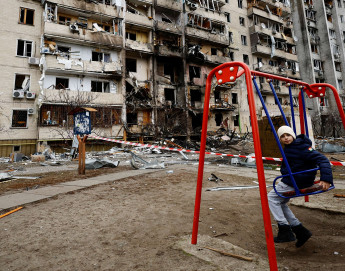 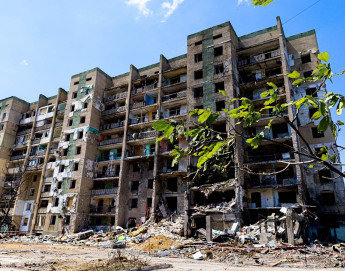 Voices from Ukraine: Where homes are destroyed, and medical care is far away 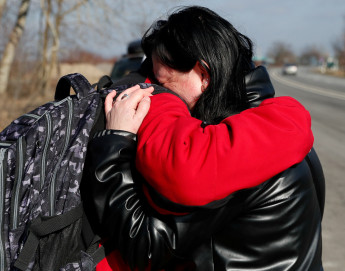