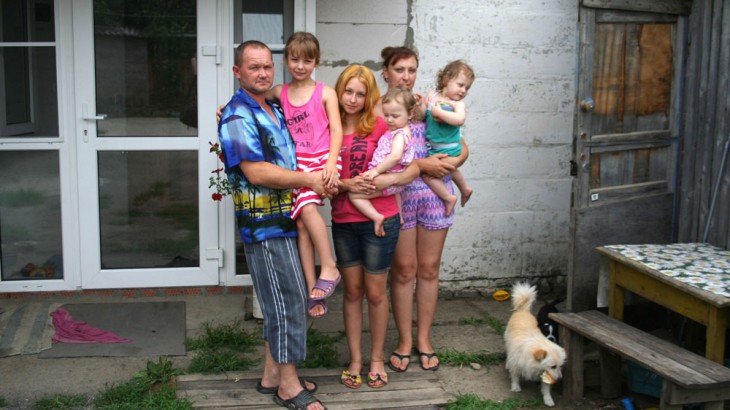 Vitaliy, Galina and their daughters fled to Russia as the first shots rang out in their home town in Ukraine. CC BY-NC-ND / ICRC / K. Volosovtsova

More than 9,000 of the people who fled to Russia's Krasnodar region from south-eastern Ukraine are receiving ICRC support. We're working with the Krasnodar branch of the Russian Red Cross to ensure they have the essentials, but their lives are still a mix of hope and uncertainty.

Most people who flee their homes because of conflict hope to return quickly. But conflicts often become protracted, and things turn out very differently. Many have to survive for a long time without a job or a permanent home.

Vitaliy moved to Krasnodar with his wife and two daughters two years ago. "We left simply because we were scared. We had small children and we didn't want them to see the things that were happening. On top of that, my wife was three months pregnant. So when we heard the first shot, we started packing," says Vitaliy. "We literally hopped on the last train to Krasnodar Krai."

The family initially went to Kushchevskaya, because some of their relatives lived there and had promised to help them out at the beginning. But it was difficult to get a job, so the family had to move closer to Krasnodar. There they found out that they would soon be having twins. 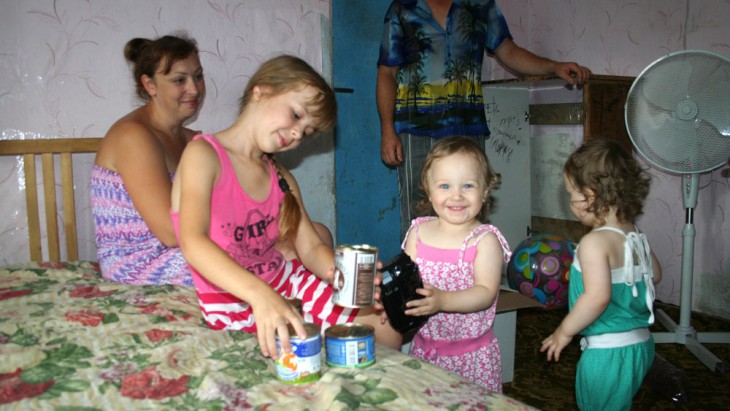 "I had to provide for my family somehow. I have a work permit, but it's very difficult to find employment around here, so I have to make do with odd jobs," continues Vitaliy. "I keep looking, I'm still hoping. The most important thing is not to lose hope! The help from the Red Cross makes a huge difference."

They have been away from home for two years, but they still miss it. "I keep thinking about our life back home, it's our country, after all. I don't know if we'll ever return. Our neighbours told us our house had been destroyed, so we've nowhere to return to," says Galina. "Right now we're planning our future here."

Vitaliy's wife and four daughters keep him happy with their smiles. His eldest daughter Natasha loves photography and dreams of becoming a hairdresser. Albina is looking forward to starting school in September. Twins Polina and Alina are only 19 months old, but are growing up as real helping hands for their mother.

"Thank you very much for the parcels," adds Galina. "Our girls have a sweet tooth, so condensed milk disappears in a couple of days. There were beans in the parcels, and we're putting them in pies, borsch and salads. We're a large family!"

The ICRC is distributing humanitarian aid in Krasnodar Krai in close cooperation with the Krasnodar branch of the Russian Red Cross. We provide food parcels and hygiene kits for more than 9,000 people from the south-east of Ukraine, being careful to take into account the needs of the people and the items they require.