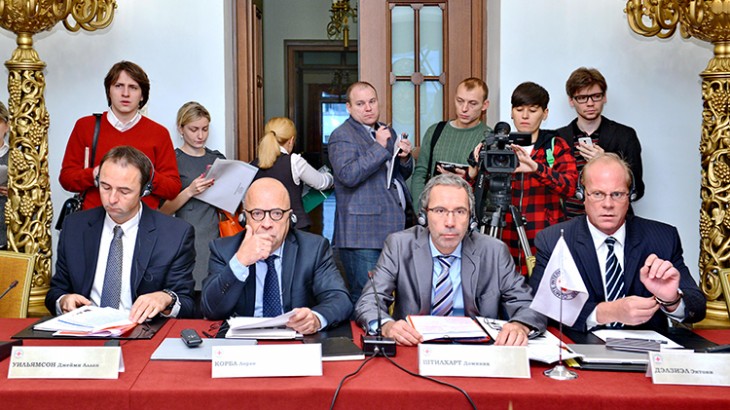 ICRC and CSTO representatives at the meeting

Ukraine and Afghanistan. Humanitarian law and the protection of civilians in wartime. Vital topics for both the ICRC and the Collective Security Treaty Organization (CSTO) and good reason for senior officials of the two organizations to meet this week in Moscow.

The two delegations were led by Valery Semerikov, deputy secretary general of the CSTO, and ICRC operations director Dominik Stillhart. Talks highlighted the progress made so far and the willingness of both organizations to deepen and broaden their dialogue on strategic, operational and thematic issues. 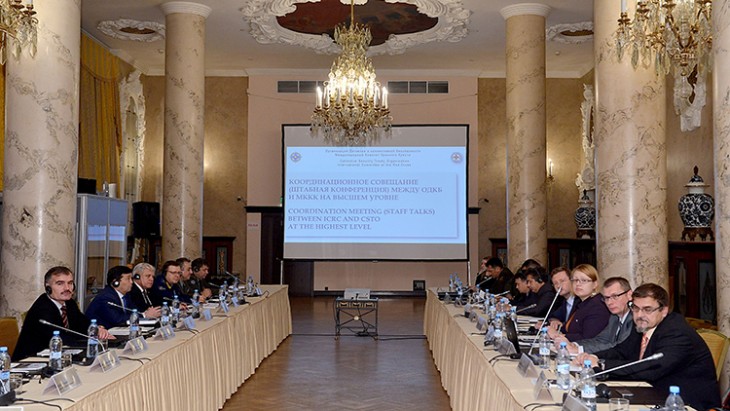 Dialogue between the ICRC and the CSTO started back in 2007, and this meeting – the first "staff talks" between the two organizations – marks the beginning of a new phase in their relations. 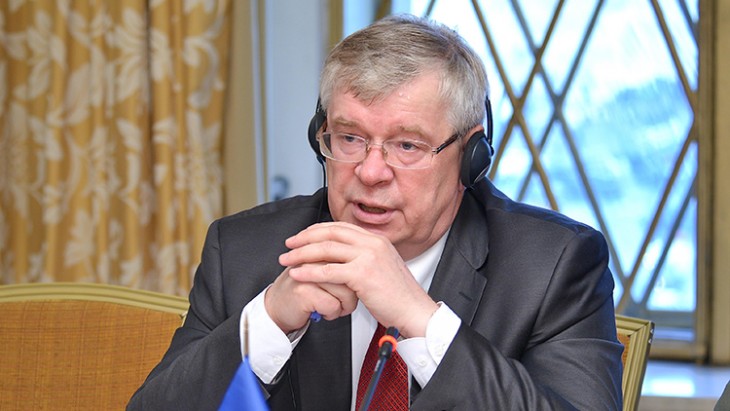 For the ICRC, a strong relationship with the CSTO is essential, as the two organizations are active in many of the same areas, including Afghanistan on the CSTO's southern borders, where the deteriorating situation is creating risks for the countries of Central Asia. The conflict in eastern Ukraine is another priority.

Mr Semerikov described the ICRC as "an important partner for the CSTO," and emphasised that the two organizations have many areas of common interest. He highlighted CSTO/ICRC cooperation, citing the training of CSTO representatives in international humanitarian law (IHL). "We highly value the professionalism of ICRC staff in conducting training before and during CSTO peacekeeping exercises," he said, while warning that there were still "issues to be tackled regarding our cooperation," and pointing out that "new geopolitical realities mean that we must find new, more meaningful forms of interaction." 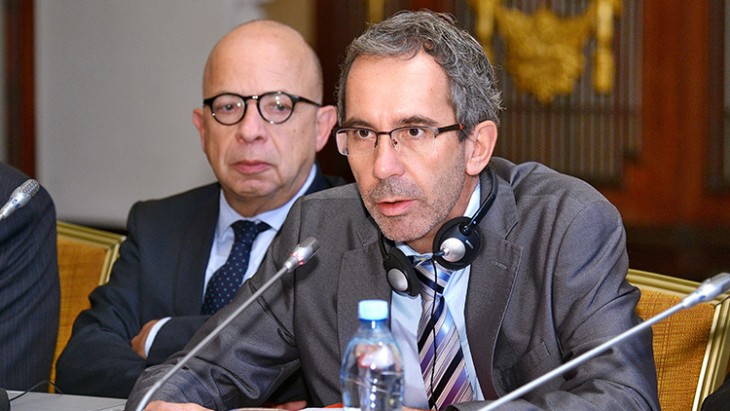 According to Mr Stillhart, "the topics of mutual interest are related to the promotion of IHL and to the protection of civilians, detainees, the sick and the wounded in times of conflict." He hoped the talks would enhance relationships between the two organizations and would promote IHL, as well as the CSTO's role in getting IHL into national legislation and in providing training, manuals and guidance on the conduct of hostilities.

The conference was an opportunity for the ICRC to acquaint CSTO staff with the ICRC's operational priorities and the challenges the organization faces in its action around the world, while the CSTO explained the main elements of military cooperation between the organization's member-states. The two organizations also discussed such pressing issues as the application of IHL to the fight against international terrorism, cyber warfare and the use of information technology.

Both organizations saw this week's talks as the beginning of a new commitment, with Mr Stillhart explaining that "we want this dialogue to continue on a yearly basis. The ICRC has been holding annual meetings with NATO over the past 10 years and we're looking forward to adopting the same format with the CSTO."