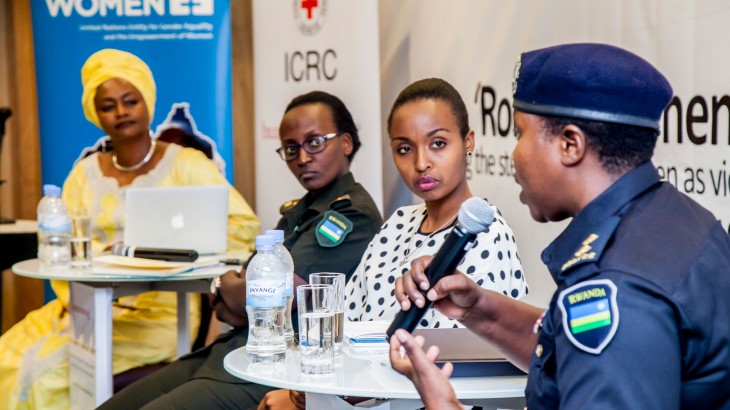 Panelists discussing one of the key topics during the "Role of Women in Times of Conflict” meeting held in Kigali, Rwanda. CC BY-NC-ND / ICRC

States and the international community should empower women living through armed conflict to enable them to deal with the realities of the conflict.

This call was made by panelists and participants during a discussion on the "Role of Women in Times of Conflict," which was hosted by the International Committee of the Red Cross (ICRC) and UN Women on 21 March 2019 in Kigali.

The event brought together representatives from the humanitarian sector, military, government, diplomatic corps and academia, who sought to explore the multiple, complex and sometimes conflicting roles women play in conflicts.

During the discussions, the panelists and participants conceded that the active role of women in armed conflicts is often undervalued or disregarded. Therefore, they should not be considered only as victims as they also play an active and crucial role from fighters to humanitarians, peacekeepers, negotiators, mothers, laborers, community leaders and survivors.

The panel included Capitaine Lausane Ingabire of Rwanda Defense Force who participated in UN peacekeeping missions, including in Central African Republic as a second in charge; Inspector of Police Alphonsine Murekatete, who served in UN peacekeeping mission as an individual Police Officer UNAMID in 2015; and Novella Nikwigize, a media personality and UN Women consultant in gender and development issues.

Inspector Alphonsire stated that the primarily responsibility lies with leadership of states who must put in place laws, policies and measures to encourage and empower women. Nevertheless, women themselves should also take the first step to inspire and encourage their girls from the young age, as persons who are capable of taking an active role in conflicts prevention, peacekeeping and the peacebuilding processes. 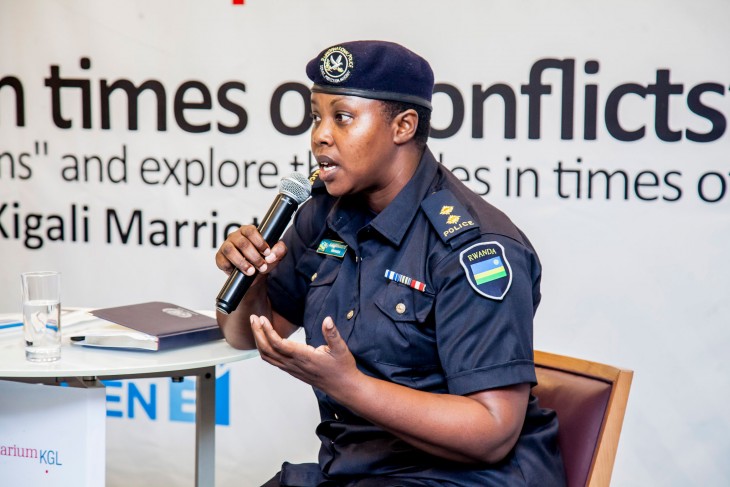 Inspector of Police Alphonsine Murekatete said that leaders of states must put in place laws, policies and measures to encourage and empower women. CC BY-NC-ND / ICRC

Speaking from a military perspective, Captain Lausane challenged women to take the first step as many of them hesitate to take up challenging responsibilities that sometimes require physical force.

"I would advise my fellow women to change their mindset and believe in themselves. We are capable of achieving whatever men can accomplish. Though I don't consider myself as a role model, as woman soldier, peacekeeper and mother, I have fulfilled my responsibilities without a challenge," Captain Lausane said.

Novella Nikiwgize deplored the fact that women are often excluded from the negotiating table when it comes to peace agreement negotiations after conflicts. Nikwigize advised that women should be considered in all aspects of the conflict and post-conflict processes as their negotiation skills have been proven to be more efficient.

"According to UN Women studies, when women take part in negotiations, the outcome and implementation of peace agreements are better," Nikwigize explained. 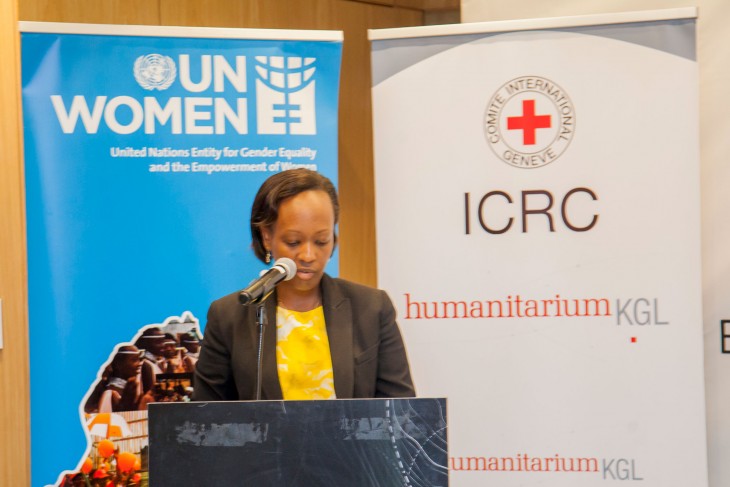 The Permanent Secretary in the Rwandan Ministry of Gender and Family Promotion, Umutoni Gatsinzi Nadine, said that women face a lack of knowledge and capacity, negative cultural norms, and patriarchal attitudes which hamper their ability to effective fulfil their role. CC BY-NC-ND / ICRC

The Permanent Secretary in the Rwandan Ministry of Gender and Family Promotion (MIJEPROF) and the guest of honor, Umutoni Gatsinzi Nadine, identified three of the main challenges that women face in times of conflicts. They included a lack of knowledge and capacity, negative cultural norms, and patriarchal attitudes which hamper the women's ability to effective fulfil their role.

Umutoni called upon all actors to work together towards effective empowerment of women facing armed conflicts.

"I call upon all actors here present to work together and expand our efforts for an inclusive society that leans towards meaningful participation of women in all aspects of conflict prevention and peacebuilding for sustainable development," Umutoni said. 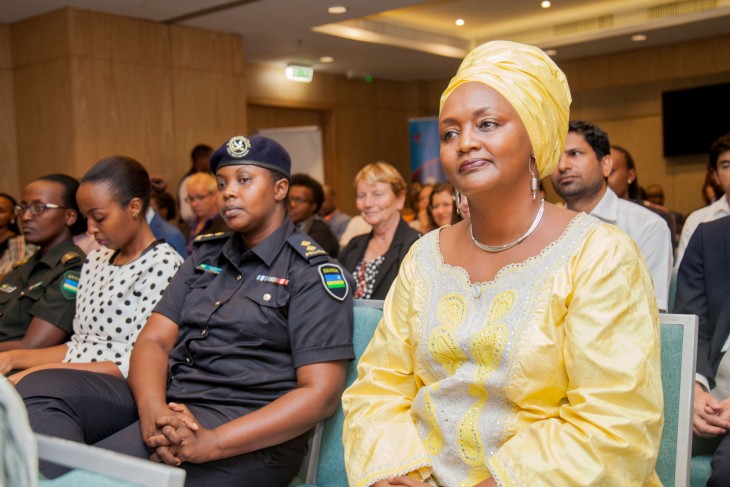 This event brought together representatives from the humanitarian sector, military, government, diplomatic corps and academia, who sought to explore the multiple, complex and sometimes conflicting roles women play in conflicts. CC BY-NC-ND / ICRC

The event was organized in recognition of International Women's Day and was hosted under Humanitarium Kigali, a newly launched ICRC initiative for debate and discussions around humanitarian issues and policies.