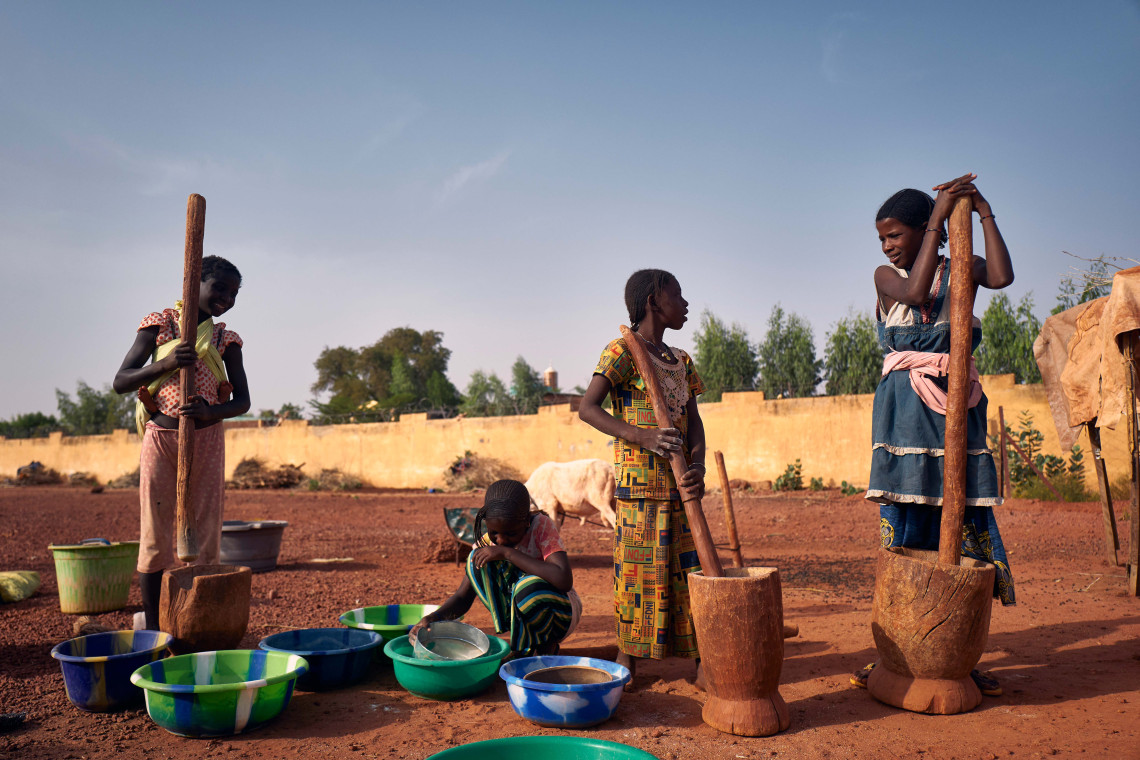 Sahel (ICRC) - More than 10.5 million people in Burkina Faso, Mali, Niger and Mauritania are at risk of facing hunger during the upcoming agricultural lean period -- the time between harvests when food stocks are most depleted -- as conflict worsens an ongoing food crisis.
News release 12 May 2022 Sahel 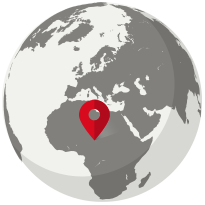 At least 2 million people have been displaced across the four countries due to conflict, 70% of which are in Burkina Faso where insecurity has forced almost 10% of the population, 1.8 million people to flee their homes in search for safety[1].

Already in a fragile situation, when populations are forced to move, they become extremely vulnerable. No longer able to access their land for agriculture or pastoralism, entire communities become dependent on aid to survive, especially for food and water.

The situation is particularly worrying for millions of people across the region who remain in areas inaccessible to aid organizations due to insecurity. Some populations, particularly in Burkina Faso in the towns of Pama, Mansila, Kelbo, Madjoari and Djibo, are facing dramatic situations. Confined to increasingly tighter spaces and unable to flee, these people are facing a major food crisis on their own.

“Violence in the Sahel is not only fueling the food crisis, in many places it is instigating one. The situation is critical, and the lean period could spell catastrophe if a concerted effort is not made to assist the millions of people affected,” said Patrick Youssef, Africa Director for the ICRC.

The region, which is dealing with negative effects from climate change, is also being hit by the most severe drought in decades. Record-level shortfalls of rain -- comparable to a major dry period in 2011 that led to thousands of deaths - have caused a sharp drop in crop production.

Niger and Mauritania have produced 40% less food than the five-year average, while Mali has seen a decrease of 15%, and Burkina Faso 10%[2]. Mauritania has also seen its biomass production reduced by as much as 80% in areas affected by bushfires and drought.

Conflict as a leading cause of food insecurity

More than 80% of the people in the Sahel rely on agriculture to survive[3]. When violence moves through a region, people often must flee, meaning that crops may not get planted, or tended to or harvested, placing entire communities at risk of deep hunger or even famine.

In Mali in the Liptako-Gourma tri-border region, 80% of cultivatable land has been lost in more than 100 villages as crops are destroyed and people forced to flee. Our post-harvest monitoring in the provinces of Yatenga and Loroum in Burkina Faso have shown yield losses up to 90%[4].

In the northern regions of Burkina Faso, between 30% and 50% of land under cultivation has been lost due to insecurity, while in Niger, in the regions of Tilaberi and Tahoua, hundreds of thousands of people have seen their livelihoods disrupted as agricultural land became inaccessible due to the threat of violence and entire villages were internally displaced.

In Burkina Faso, a water crisis can be observed on a national level. In certain regions affected by conflict water points are being destroyed, while the deterioration of water infrastructures in other places is having a severe impact on people’s daily lives.

“In some places in Burkina Faso people wait in line for 72 hours to access boreholes. Their lives are completely revolving around reaching water. Should the situation deteriorate further, we are facing the real possibility of people and animals dying of thirst”, said Youssef.

Violence and conflict have also disrupted traditional transhumance routes – a form of pastoralism or nomadism organized around the migration of livestock. Mauritanian herders used to migrate to Mali in search of pasture and water. Violence makes these traditional routes inaccessible, putting livestock and livelihoods at risk.

Particularly worrying is the fate of hundreds of thousands of people stuck in areas across the Sahel that are inaccessible to the ICRC and other aid organizations due to insecurity. “The response must reach all those in need and be delivered in ways that reduce rather than exacerbate tensions. Humanitarian organization must be able to operate freely and safely in these environments”, said Youssef.

Together with the Red Cross and Red Crescent Movement, the ICRC is scaling up its response across the region to assist the most vulnerable. The organization is also looking at longer term solutions that will help populations adapt and become more resilient to climate shocks and the consequences of protracted conflicts.

The ICRC is organizing a side event at the 15th Session of the Conference of Parties of the UN Convention to Combat Desertification (COP15) in Abidjan on May 12 2022 with the African Development Bank focusing on ways to break the cycle of food insecurity in Africa.

“While it is imperative to respond to this crisis, simply thinking in terms of emergency will keep people reliant on assistance and the cycle of suffering will repeat itself”, said Youssef.

“Development actors, governments and humanitarian organizations must come together and put forward new and innovative solutions that will reinforce existing systems and provide tools that will help people break their dependence on aid.”