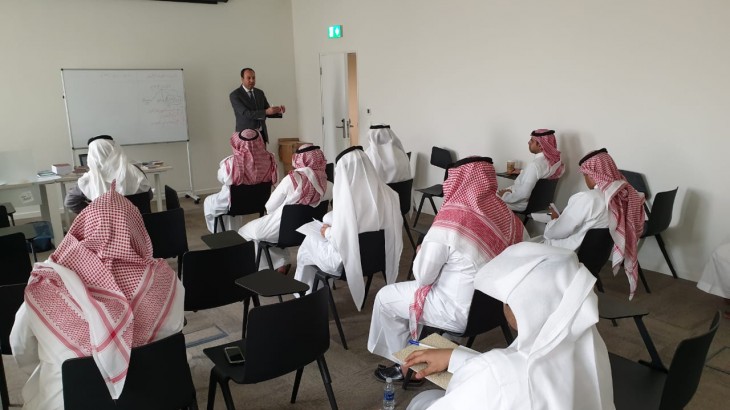 Riyadh/Kuwait City (ICRC) – A group of 29 diplomats from the Ministry of Foreign Affairs, Majlis Al-Shura, National Human Rights Commission and other governmental entities are attending a course on international humanitarian law (IHL) delivered by the International Committee of the Red Cross (ICRC) from 24 to 28 March, upon invitation by the Prince Saud Al Faisal Institute of Diplomatic Studies of the Ministry of Foreign Affairs. The course was opened in Riyadh on 24 March by Dr Meteb bin Saleh Al -Ashaiwi, professor in International Law, Prince Al Saud Al Faisal Institute of Diplomatic Studies.

"Diplomats can play a key role in generating respect for IHL and principled humanitarian action," said John Strick van Linschoten, the ICRC’s head of mission in Saudi Arabia. "Such courses are an important forum not only to share information but also to listen and exchange about contemporary challenges faced by states."

In addition to the basic concepts of IHL, the participants also explored the notions of protected persons and objects, the means and methods of warfare, and were introduced to the mechanisms dealing with the implementation of IHL. They learned about the ICRC’s specific role and mandate, as a humanitarian organization active in some of the worst humanitarian crises worldwide. Some of the sessions focused on the ICRC’s activities aimed at promoting and enhancing the protection of civilians during armed conflict, including children. The diplomats also had the opportunity to familiarize themselves with the important role played by the National Commission on International Humanitarian Law in the incorporation of IHL obligations in the domestic legal order.

"This knowledge will benefit Saudi diplomats by strengthening their capacity to deal with humanitarian affairs at both national and international level," he added. "We stand ready to continue the positive engagement and exchange with the Prince Al Saud Al Faisal Institute of Diplomatic Studies of the Ministry of Foreign Affairs."

This is the first such course carried out in Saudi Arabia since the ICRC established a presence in the country in May 2018.

The ICRC provides courses to diplomats across the GCC countries with the purpose of enhancing their knowledge of IHL and raising awareness about humanitarian challenges linked to armed conflict and other situations of violence.