Two vital issues must be addressed now for Iraq's future 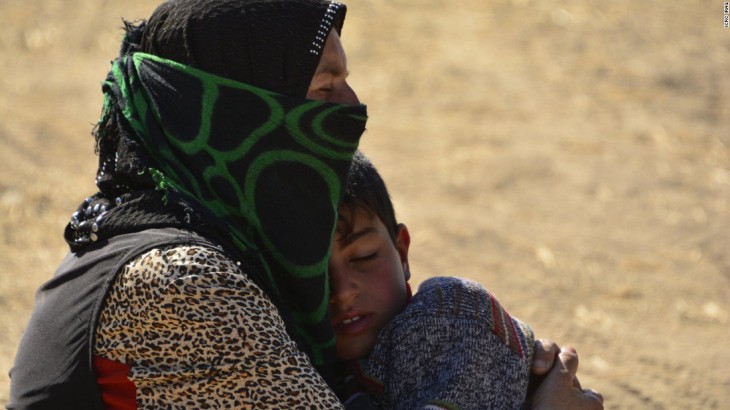 As you know, the International Committee of the Red Cross is on the ground throughout Iraq. We witness the ebb and flow of the battles and their humanitarian consequences: in the hospitals, in the camps, and in the towns and villages. The Iraqi people have suffered enormously over the past few years.

While there may be an end in sight to some of the most intensive fighting, difficult and complex issues remain. When the guns fall silent, Iraq will need to be rebuilt. Communities will need to be stitched back together.

That is why the seeds of the future need to be sown today.

Reconciliation and healing take time. It’s a process that begins with the way a war is waged, and the way humanitarian issues are addressed.

One of those critical humanitarian issues is detention. The scale of the conflict in Iraq has led to huge numbers of people being detained. The way people are treated today in detention is vital for the future that Iraq wants to build. One day, these people will be reintegrated into society.

It’s crucial that people are detained only in accordance with the law. That an individual’s dignity is respected. That humane conditions and treatment are provided and over-crowding is avoided. Families of those detained should be notified and allowed to stay in touch with their loved ones wherever they are.

In order for the ICRC to effectively and efficiently carry out its humanitarian work in places of detention and in screening centres, we must have early access to those arrested, including security detainees, in line with our proven methods of working.

The relatives of those detained, mainly women and children, should not be marginalized or stigmatized. Justice must prevail over vengeance.

Supporters of the Iraqi people need to do their best to fund and support, and provide resources for detention. To ensure that at least minimum standards are maintained. It is an investment in the Iraqi people and in the future.

The second issue I wish to address is that of the Missing. Experience shows that constructive action on this issue can be a cornerstone on the road to rebuilding and reconciling.

Iraq has suffered more than most in this field. From the Iran-Iraq war, to the Gulf War, to the current conflicts, Iraq can count its missing in the hundreds of thousands. The ICRC has worked with the Iraqi authorities on this issue for many years.

Families have a right to know what happened to their loved ones, without this information they suffer profoundly. All families should be able to claim their dead relatives and bury them with dignity, and without fear.

Governments and local authorities have responsibilities towards the families to clarify the fate of the Missing and to reduce suffering. It is important not only to react after the fact, but also to put precautions in place to avoid even greater numbers of people disappearing.

Measured and courageous leadership is needed. The tone that is set now will lay the groundwork for the future. We call on the international community to work on the issues of detention and the Missing, for all Iraqis. It’s time to sow the seeds for a better future, now. There’s not a moment to lose.