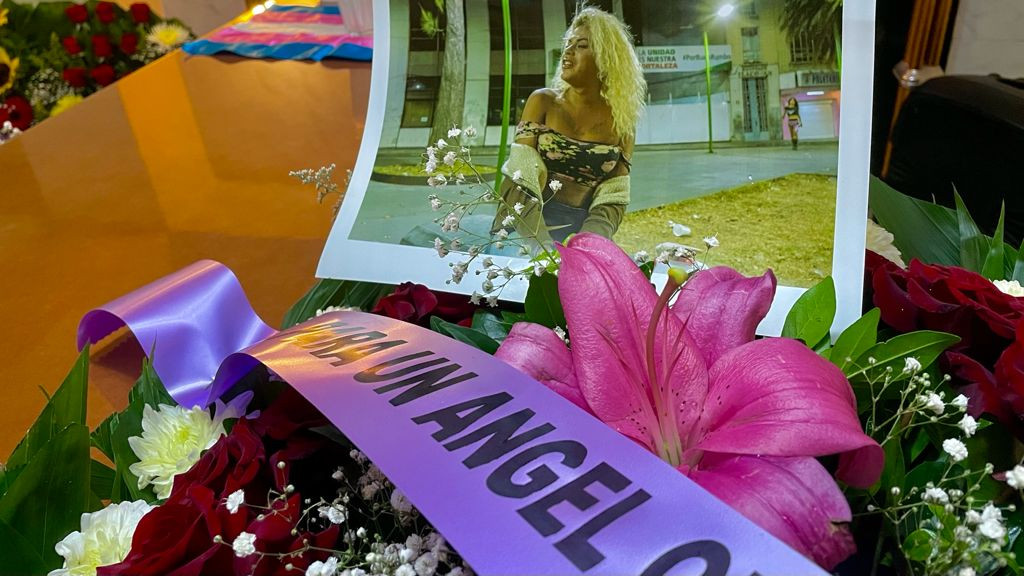 “She should be laid to rest in her homeland, beside her little brother”: Kaory´s return home

On the day Kaory returned to her home country of Honduras, her body was received by her father and siblings. It had been 13 days since her death in Mexico, and 10 years since she fled her homeland to escape violence in 2011 in pursuit of her dream to go to the United States.
Article 14 July 2021 Mexico Honduras

However, this was not to be -she only got as far as Mexico, where she ended up dying in extremely precarious conditions, not dissimilar to those faced by many migrants in their countries of transit and destination.

When Kaory´s family learned of her death, they longed to see her again and for her body to be laid to rest in Honduras next to that of her younger brother, who had been killed almost a year beforehand. Like so many families, however, they lacked the means to pay for her repatriation.

Every year thousands of people migrate to flee violence. In the event of their death, they are buried far away from their families –often in mass graves– and their loved ones are not given the opportunity to say their goodbyes in a way that honours their customs and beliefs.

In 2020, to rectify this situation, the International Committee of the Red Cross (ICRC) helped to identify, repatriate, return and/or bury 109 dead bodies. Nine of these deaths were linked to migration, and 11 were caused by disasters.

The ICRC´s humanitarian mission is to protect the lives and dignity of victims of violence, to provide them with assistance and to alleviate their suffering. Part of this mission involves working with authorities to ensure they are playing their part in addressing the needs of these people.

In this instance, the ICRC´s regional delegation for Mexico and Central America financially supported Kaory´s family to bring her body back home, giving her relatives the chance to say their goodbyes through a burial that reflected their traditions and beliefs.

"In this specific case we were faced with the imminent risk that Kaory´s body would be buried in Mexico, with no possibility of exhuming it for a period of 7 years, despite her family in Honduras having expressed their desire to recover her body. We provided a humanitarian response to the family's appeal and also gave them psychosocial, financial and legal support," Jérémy Renaux, coordinator of the programme for missing people and their families in Mexico and Central America, explains.

It took about 10 days to gather the necessary legal documentation, and the ICRC supported and helped the family throughout the entire repatriation process.

"In Mexico, the ICRC made the arrangements with the funeral parlour. Meanwhile, our interdisciplinary team in Honduras kept the family regularly updated and gave them psychosocial support to prepare them to receive Kaory's body. On the day Kaory was repatriated, our team waited at the airport alongside her family, supporting them on both an emotional and practical level, helping out with the legal and administrative procedures," explains Karla Ixchel Romero Serrano, leader of the programme for missing people and their families in Mexica and Central America.

The repatriation process was a joint effort involving the family, the Mexican organization Casa de las Muñecas Tiresias A.C. and the Honduran Consulate.

Addressing the needs of migrants and their families is a responsibility shared by both authorities in the place of origin, transit and destination, and the international community.

"For the ICRC it is essential to help ensure that the deceased, particularly migrants such as Kaory, are handled with respect, and that the processes of repatriation and return of human remains are carried out in such a way that the memory of the deceased person is dignified. We also seek to promote the dignified handling of deceased migrants and to defend the rights of their families, ensuring their loved ones are returned to them in a way that honours their cultural and religious traditions, which are key to the mourning process and getting closure," explains Renaux.

The very same afternoon that Kaory's body arrived in Honduras, she was buried by her father and siblings. Her family placed a wreath in the shape of a heart on her grave.

Estela, Kaory's mother, whose name we have changed to protect her identity, says she is happy her daughter is finally back in Honduras "where she was born, her homeland, where she should be laid to rest, beside her younger brother."

Estela herself migrated to a different country in search of a better life, from where she answers our questions.

Kaory was just a teenager when she left Honduras. As a trans woman, abuse and violence had been a constant in her life, and as she grew up the discrimination became increasingly common and menacing. By the age of 17 she could stand it no longer, and left.

"I can't even explain how I felt when she came home crying," recalls her mother, who tells us that Kaory dropped out of school when she was seven years old because of bullying. A few years later, when Kaory turned 12, she confided in her mother that she had received death threats.

Knowing that these threats had to be taken seriously and that her life was in imminent danger –Honduras has the highest murder rate of trans people in the world, according to the TvT Project– Kaory decided to leave.

In 2011, without a word to her family, she set off for Mexico, like thousands of others who are forced to leave everything behind in order to survive.

- I just couldn't live there any more. You know they wanted to kill me, so I left. But but I´m fine, Mum, don't you worry.

"Don't worry," Kaory urged, but Estela couldn't help but worry. Her daughter told her over and over again that she was doing well, she had a job in a restaurant... but then she stopped calling. 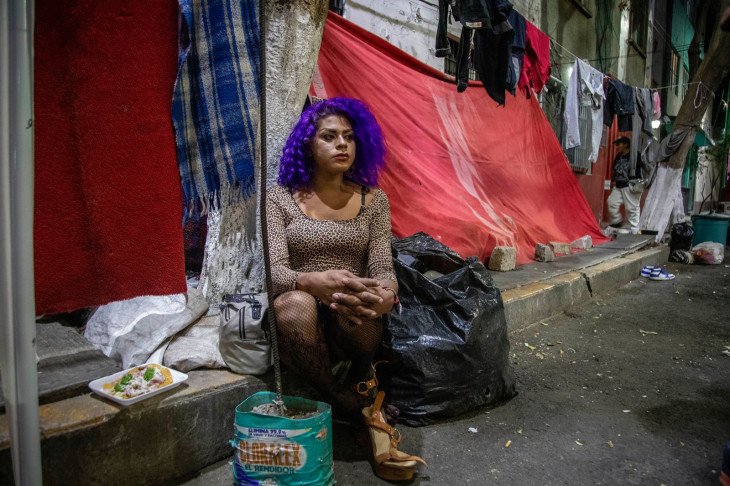 Ten years of silence followed, during which time Kaory endured violence and discrimination for being a migrant, a trans woman, and, later, for engaging in sex work.

She found refuge in Casa Hogar Paola Buenrostro, a shelter for trans women created by the activitist Kenya Cuevas. This provided not only a roof over her head, but also a support network. However, when Kaory heard that her younger brother had been violently murdered in Honduras, her world collapsed around her.

"I worried a lot, the truth be told. I suggested to Kaory: 'my love, why don't you go and live with your dad?,'"Estela recalls. But this was not an option for the 27-year-old.

"Mum, I don't want to go, because the people who threatened me might still be there."

During their last conversation, Kaory had emphatically reassured her mother, insisting, "I am fine, don't you worry". Two weeks later Estela received the news that her daughter had died.

Violence is one of the main reasons why thousands of people leave their countries, looking for a way to survive. "You live in constant fear that something is going to happen, that you might be murdered in your own house," says Estela.

In Kaory´s case, the death threats crippled her with fear, causing her to leave Honduras and distancing her from her family - with whom she is now reunited.

In Mexico, Kaory had found another family - her friends from the organization Casa de las Muñecas Tiresias and Casa Hogar Paola Buenrostro, who did everything in their power to reunite her with her loved ones in Honduras, and were by her side during her entire repatriation process. At her funeral, they sang, said their goodbyes, placed flowers on her coffin alongside a photo of Kaory looking at ease and smiling.

Today Kaory rests close to her loved ones, who have been able to begin their mourning process.