The area known as H2, situated in the old city of Hebron, is one of the most sensitive areas in the West Bank. Local residents face difficult living conditions, and restrictions on their movements have made it more complicated for people to improve their livelihoods.

In 2012, the ICRC provided 30 families with a grant to start or improve a small businesses. Four years later, many of those families are running successful businesses.

These are a few of their stories. 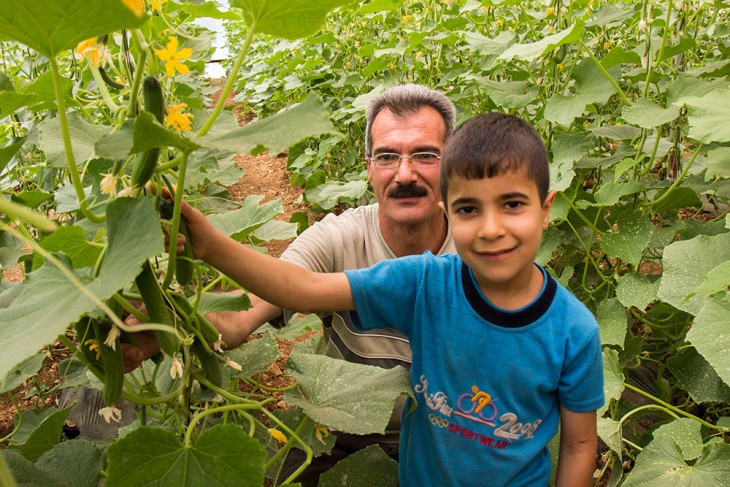 "I couldn't imagine that one day I would run a good business."

48-year-old Marwan Jaber has a farm in the old city of Hebron. In 2012, he received a small grant to expand production. Together with his brothers, Hazem and Atef, they built a greenhouse to better care for and nurture their crops. Today, the brothers are able to plant different types of vegetables throughout the year.

"We produce cucumbers and sell them fresh at the market. In a few weeks, we will replace the cucumbers with green beans. We use greenhouse according to the demand in the market." 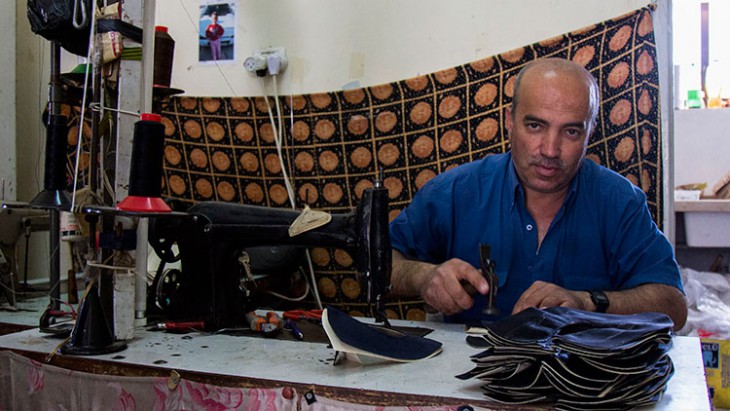 "There's no place for the children to play here, so instead of them getting into trouble in the streets, they help me with the production and learn a profession at the same time."

Bassam Al Jaabari is 49-year-old shoemaker in the old city of Hebron. His children help in the workshop during their school breaks.

Four years ago, Bassam received two new sewing machines to help him expand his business. Now Bassam has a workshop next to his house where he treats leather and sews shoes. 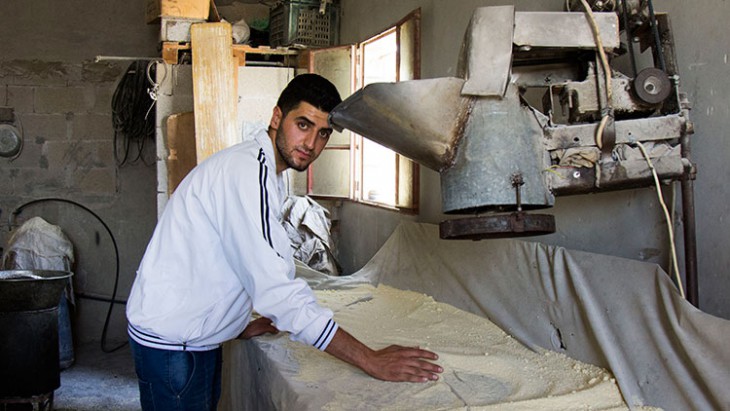 "Our grandmothers used to produce maftoul manually, now we use special machines that allow us to increase production."

In 2003, Mohammad Dib Jaber started to produce maftoul – the traditional Palestinian couscous made from flour and semolina. But the income generated was not enough meet his family's needs and he couldn't afford to pay his son's university fees. To help, Mohammad was provided with new tools to grow his business, including an electronic scale, a sewing machine and an electronic lift.

"We are able to produce much more now thanks to these tools. Our maftoul is even exported to Gulf countries." 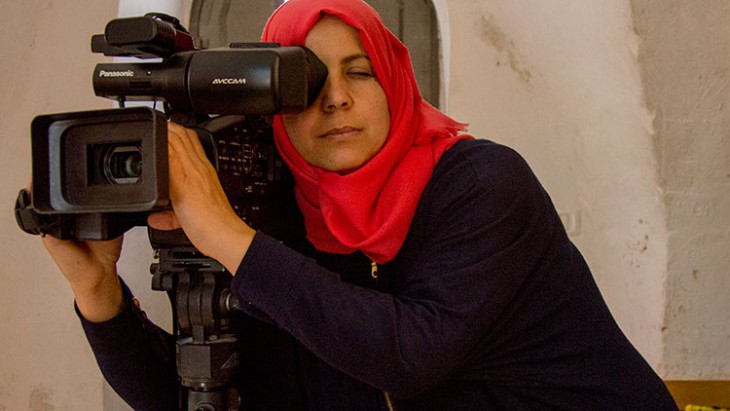 "Everyone has a dream. With a little support from someone, you can turn your dream into reality."

When Suzan Jaber – a 40-year-old mother of nine children – realised that the salary of her husband was not enough to provide for their family, she applied for a vocational training programme supported by the ICRC.

Suzan studied film production, video editing and dubbing for five months at the Polytechnic University in Hebron. She also received a photo camera, a video camera, a DVD recorder, and studio lights.

Today, Suzan is making a living running her own film studio, and splits her time between work and her family.

"I film parties and weddings in Hebron and Bethlehem. I could work more and earn more money, but my family members who live in a difficult quarter in Hebron need my daily support. I like being next to them. We are all happy."

The ICRC has been working in Israel and the Occupied Territories since 1967. For fifty years, we have been assisting people during difficult times.