South Sudan: No life without water 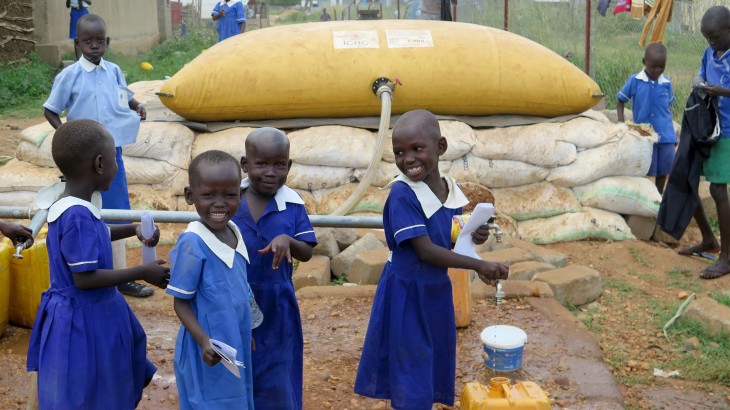 Cholera is a killer. More than 1,700 cases -- including 46 deaths -- have been reported since June this year in South Sudan, with the capital Juba and Bor in Jonglei state being the hardest hit. The ICRC, a major player in the response to the crisis, is improving access to water and sanitation for those communities and is building local capacity so that residents can improve their access to clean water.

In this short video, an ICRC water engineer explains how the organization is distributing 700,000 litres of water per day to people in Juba, South Sudan. 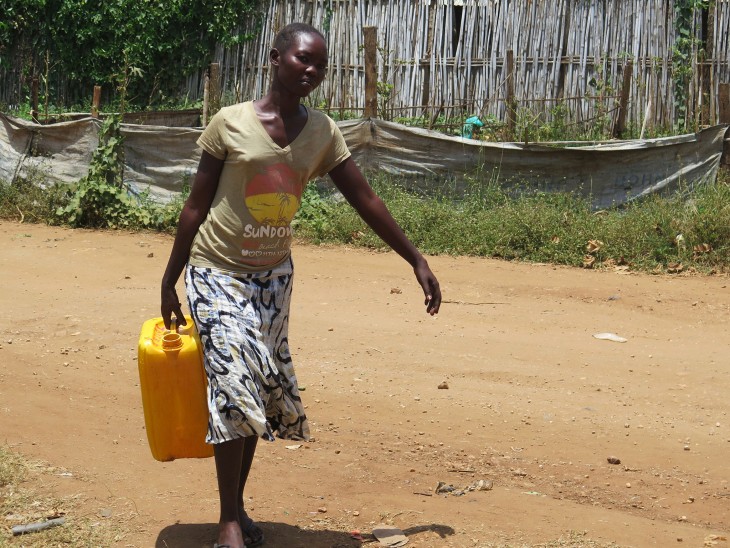 "If there is no water there is no life," Victoria Amani, a resident on the outskirts of Juba, said. Victoria would know. Every day she walks to a temporary water point installed by the ICRC to counter the spread of cholera. Victoria fills five 20-litre jerry cans with water and carries her load back home for herself and her family, who live in Jebel Yesua in Gudelle II. "Before we depended on the trucks that come to sell us water. Sometimes they don't show up and we have nothing," said the 23-year-old.

"Now it's much better. It's a 10-minute walk from my home and the water is free." 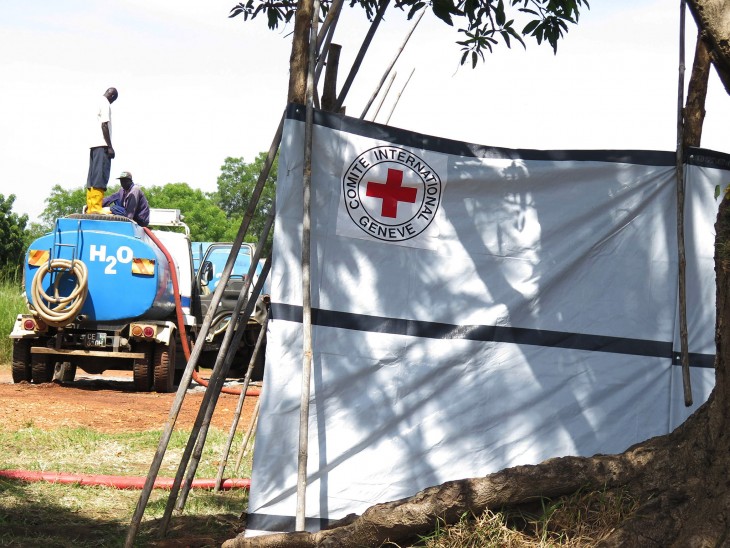 Like nearly 50,000 other people in Juba, Victoria benefits from the water structures that the ICRC has installed in the most affected areas of the capital, such as Gudele, Gurei and Munuki. The project includes running a temporary water treatment plant on the bank of the Nile which is currently producing 700,000 litres of safe drinking water every day. 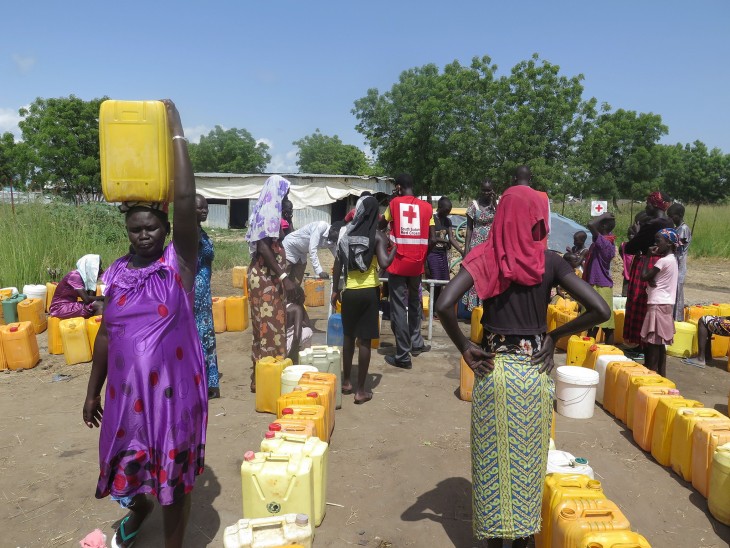 Similarly in Bor town, the ICRC has set up emergency water distribution points which are benefiting more than 7,500 people who otherwise relied on taking water from the Nile or queuing for long hours at the few functioning hand-pumps available in the city. "It's very good to have water here now. Before we had to walk very far to the next pump," explains Amam Lul, a mother of five who has to fill 11 jerrycans each day. 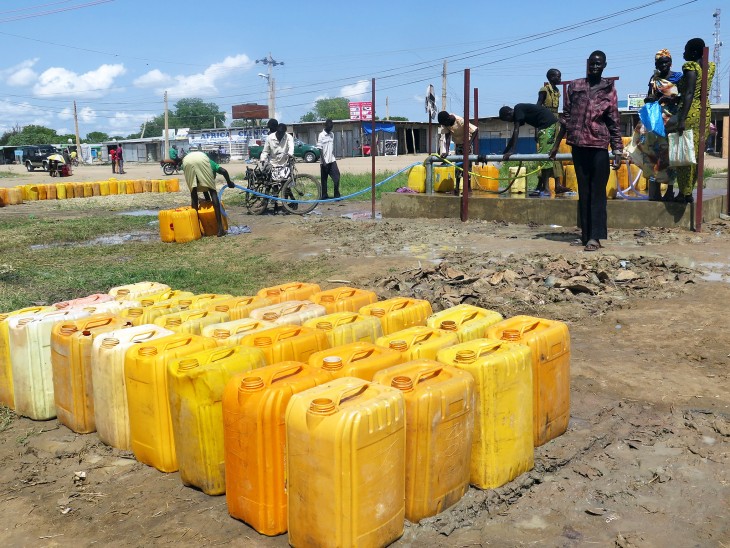 "In South Sudan, where there is little in the way of adapted infrastructure, access to water in urban areas is very difficult. The current cholera outbreak has affected densely populated places like Juba and Bor because the systems in place do not have the capacity to cover the needs of a continuously increasing urban population – a situation exacerbated by the conflict," explains Alexandre Farine, ICRC's lead in South Sudan for water and habitat activities. 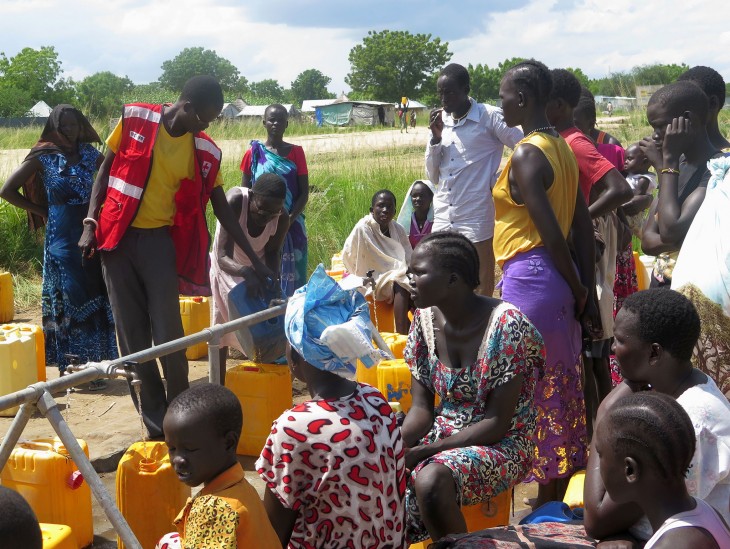 In its response to the cholera outbreak, the ICRC is working closely with the South Sudan Red Cross, whose volunteers carry out awareness campaigns among communities to prevent people from drinking untreated water. Volunteers are also present at the water points in Juba and Bor to ensure that the provision of water runs smoothly and that the reservoirs are filled daily. 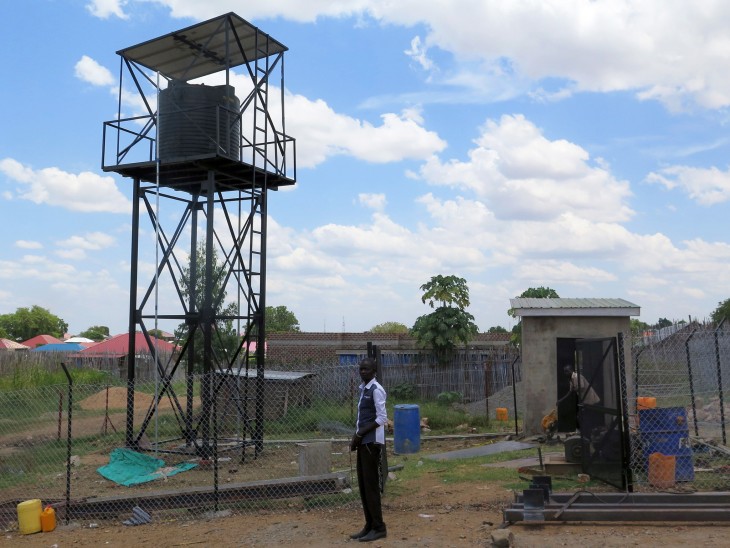 In a number of locations throughout the country, the ICRC is also providing long-term sustainable access to water. For instance, in 2012 in Akobo, Jonglei state, three water yards were built using more than 350 solar panels, giving a large part of the population, including the hospital and the school, access to water. Since 2014, more than 40 mechanized systems, including solar-powered pumps, have been installed by the ICRC in South Sudan. 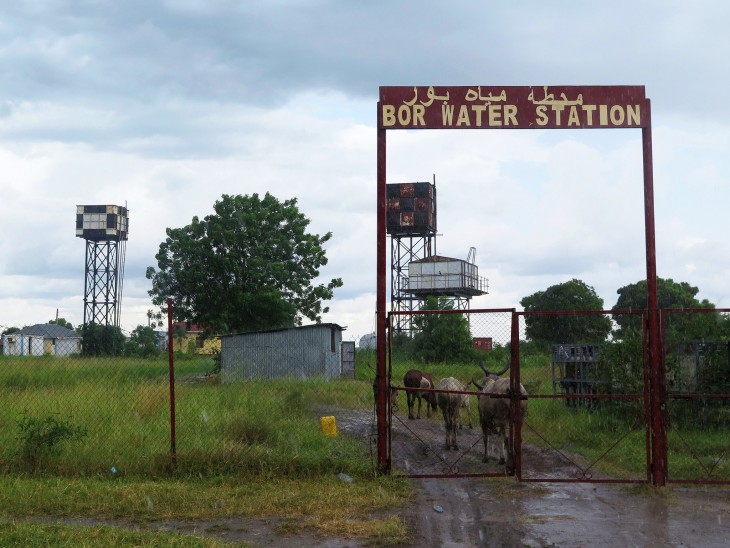 Beyond the cholera response, the ICRC is helping the South Sudan Urban Water Corporation to strengthen its capacity and reach a wider population. In Bor, the ICRC has rehabilitated water supply structures, which were severely damaged during the fighting, and provided the Corporation with the necessary equipment to begin operating the system again, benefiting 60% of the population. In Juba, the ICRC has donated and installed a new generator at the city's water treatment plant. This has enabled the authorities to double production and increase access to water for 100,000 people.