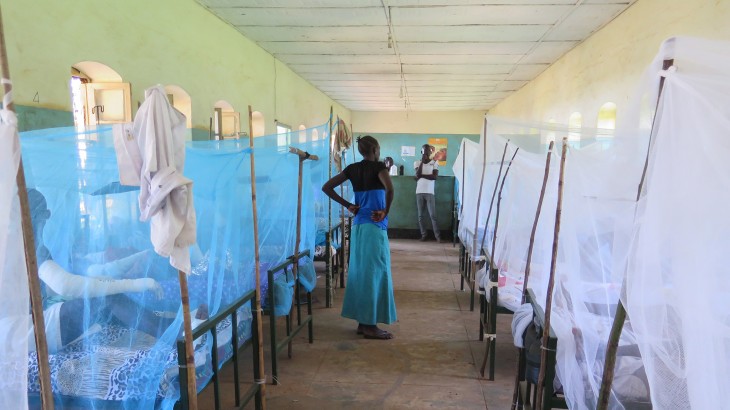 Maridi hospital was quickly up and running following the fuel truck explosion. Burn victims had better chances of survival with the teams on the ground providing around the clock surgical and physiotherapy support. CC BY-NC-ND / ICRC / Greg Mueller

After the explosion of a fuel tanker in Maridi last month, the ICRC, in cooperation with the South Sudan Red Cross (SSRC), was the first responder. The disaster cost the lives of at least two hundred people and left nearly the same number injured and severely affected. Two surgical teams, 10 tonnes of medical equipment and supplies, as well as emergency shelter for the families of the victims, were sent to the local hospital less than 24 hours after the accident.

Three weeks later the patients are still convalescing. Many have begun a long healing process that requires constant medical care. The ICRC has committed itself to support Maridi hospital for the next three months. "That's on average the time that the most serious wounds would need to heal," explained Martin Agge Norgaard, one of the surgeons deployed during the emergency.

"Burn patients need to get their dressings changed regularly to help the skin recover and prevent infections. A considerable number of well trained staff is required to perform this task," said Norgaard, a Danish doctor who arrived in the country only a few weeks before the tragic incident.

In the two operating theatres set up by the ICRC in Maridi, 20 patients get their wounds cleaned and their dressings replaced every day by surgeons like Norgaard. A partnership has been made with the local nursing school to get students to help out the medical team. A group of physiotherapists have also joined to facilitate the rehabilitation of the victims.

Following recent clashes, the hospital was looted and the health workers left. As part of its response to the fuel explosion, the ICRC got the facility up and running rapidly in collaboration with the SSRC volunteers and other humanitarian actors including MSF and Handicap International.

After the first critical weeks, the outpatient department has now been opened again with support of Africa Action Help International, allowing the local population to regain access to health care. Currently, 64 burned patients are still at the health facility and 165 have been treated so far. Dozens of new medical cases, from road accidents to caesarean sections are also being taken care of by the ICRC and its partners.

In agreement with the Ministry of Health, the ICRC is temporarily managing the functioning of the hospital until the end of the year, its pharmacy and the provision of medical and non-medical materials. Our teams also ensure surgical and physiotherapy support, while the South Sudan Red Cross looks after the night shifts in the wards.

"I was very impressed with the stoicism of the patients in spite of their terrible situation and the acute pain" explained Norgaard. He was particularly touched by Alex, a 7 - year -old boy who lost both parents to the explosion and was alone at the hospital with his older sister.

"Because of his young age, we had to change his dressings with no narcotics. He was very brave and held my hand all the way through, without complaining a single time. I felt very sad afterwards," said the surgeon. "At the beginning I was afraid that many people would die, but the days passed and most of them started getting better, including Alex, who was discharged shortly after."

"We are working with simple means, but the human body has an incredible ability to heal itself. It needs a little help though. I believe our work is making the difference for the patients." 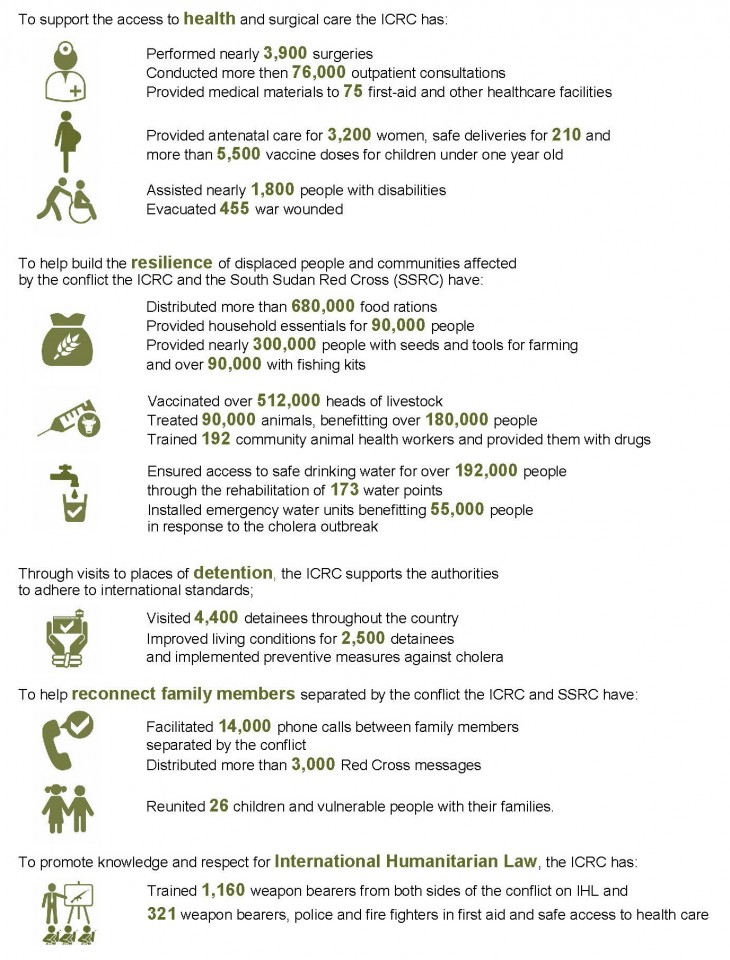